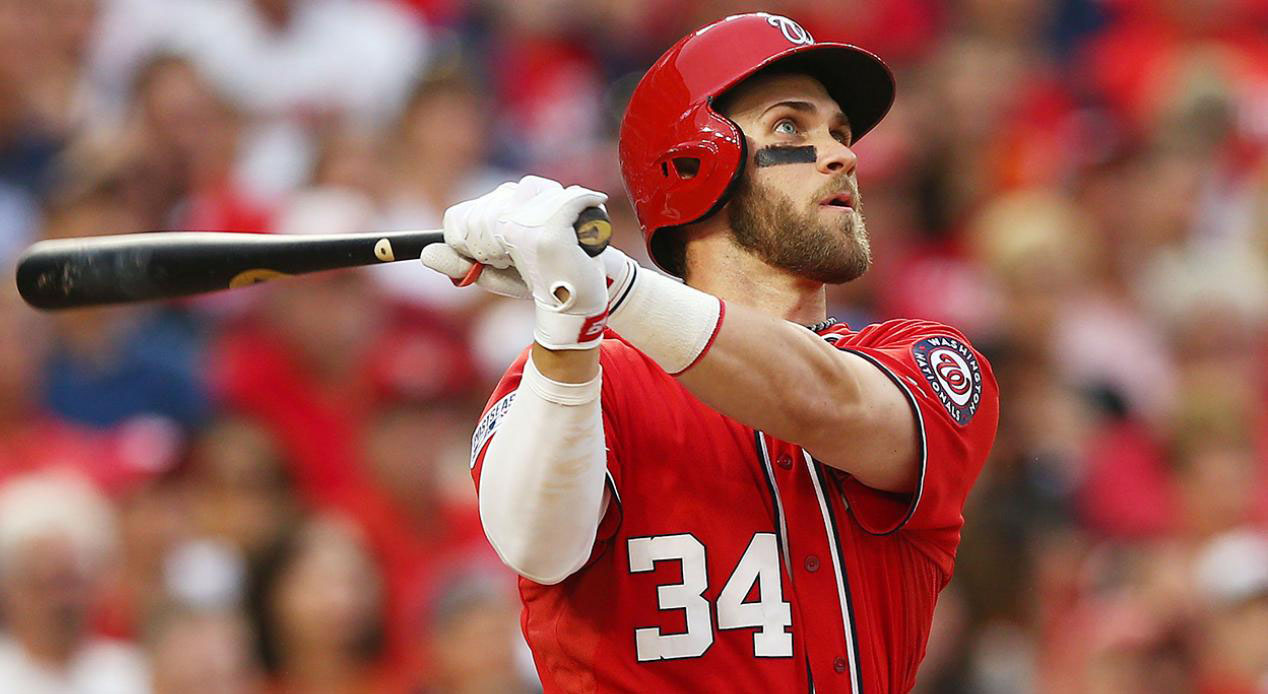 One way or another the San Francisco Giants intend to get a piece of superstar free agent outfielder Bryce Harper.

Whether they have no intention of signing Harper, whether they lose him to a better offer by another team, or they accidentally ink him to a short-term contract, the Giants will get some of the glitter surrounding Harper’s 2019 free agency circus.

The dog and pony show put on by the Giants front office last week when they traveled to Las Vegas to meet with Harper was nothing more than a shiny object they could dangle in front of the team’s easily distracted fanbase.

And based on where the Giants are headed the next two years, you can’t blame President of Baseball Ops Farhan Zaidi for shoveling some fresh Harper into the current Giants’ poopstorm.

If San Francisco doesn’t get Harper, at least they got ten days of prime local and national media speculation.

From the SF Chronicle’s anti-analytical sports writers, from any number of MLB Network talking heads, and from dozens of bloggers who produced boatloads of prattling commentary about whether or not Bryce Harper will be signed by San Francisco.

Which is both a harmless and shameless sham. For the following unalterable reasons:

The best parts of the bullpen (RHP Will Smith and LHP Tony Watson) look to be traded before Opening Day or at the July non-waiver trade deadline.

As for the rest of the National League, the 2019 MLB season will be fiercely competitive.

> The National League East is dominated by the Nationals, Mets, Atlanta, and Philadelphia;

> the NL Central is ruled by the Brewers, Cubs, and St. Louis;

> and NL West market will continue to be cornered by the Dodgers and Rockies.

Add to that the up and coming NL teams who will likely win more games in 2019 than they did last season, including the San Diego Padres, Cincinnati Reds, and Arizona Diamondbacks.

So where exactly do the San Francisco Giants fit in this year?

Turns out there is one big question facing San Francisco in 2019: which National League team will have the most losses, the Giants or the Miami Marlins?

Here are the two B Harp-Gigantes scenarios moving forward:

If the Giants Sign Bryce Harper
Adding Bryce Harper to the Giants’ lineup via a short-term deal (say four years, $152 million) will not make the Giants contend for anything in 2019, or 2020.

But over the life of that contract Harper would bring national media attention to the Giants, which they otherwise wouldn’t get.

He can also provide a face of the franchise brand and no doubt bring higher TV ratings and attendance at Oracle Park.

But, again, the end result is still empty window dressing.

Because even if Harper has a spectacular 8 WAR season with San Francisco (he’s averaged a 3.91 WAR over seven years) that likely only gets the Giants to a .500 record.

If the Giants Lose Out on Bryce Harper
The Giants currently continue to reap the benefits of attaching their name to the media roller coaster ride that has been Bryce Harper over the last four months.

You can’t buy that kind of attention, but you can certainly pretend to buy it and still get some attention.

The Inconvenient Reality Check
The Giants are a team saddled with numerous toxic contracts with aging veteran players past their prime. The farm system is a near-barren wasteland rated near the bottom of all 30 MLB teams.

Numerous National League franchises have passed them by in the past four years, and several more teams could pass them by in 2019.

On the good side, Baseball Ops President Farhan Zaidi and CEO Larry Baer will eventually lead San Francisco out of the NL desert and back to competitiveness and relevancy.

It’s the “when?” that will be the challenge fans have to live with over the next several seasons.

The fact that the Giants are just beginning that journey is difficult. The fact that some of the best minds in baseball are now driving the Giants team bus will eventually make all the difference in the world.