An Eagles fan's comparison of the Flacco and McNabb trades... 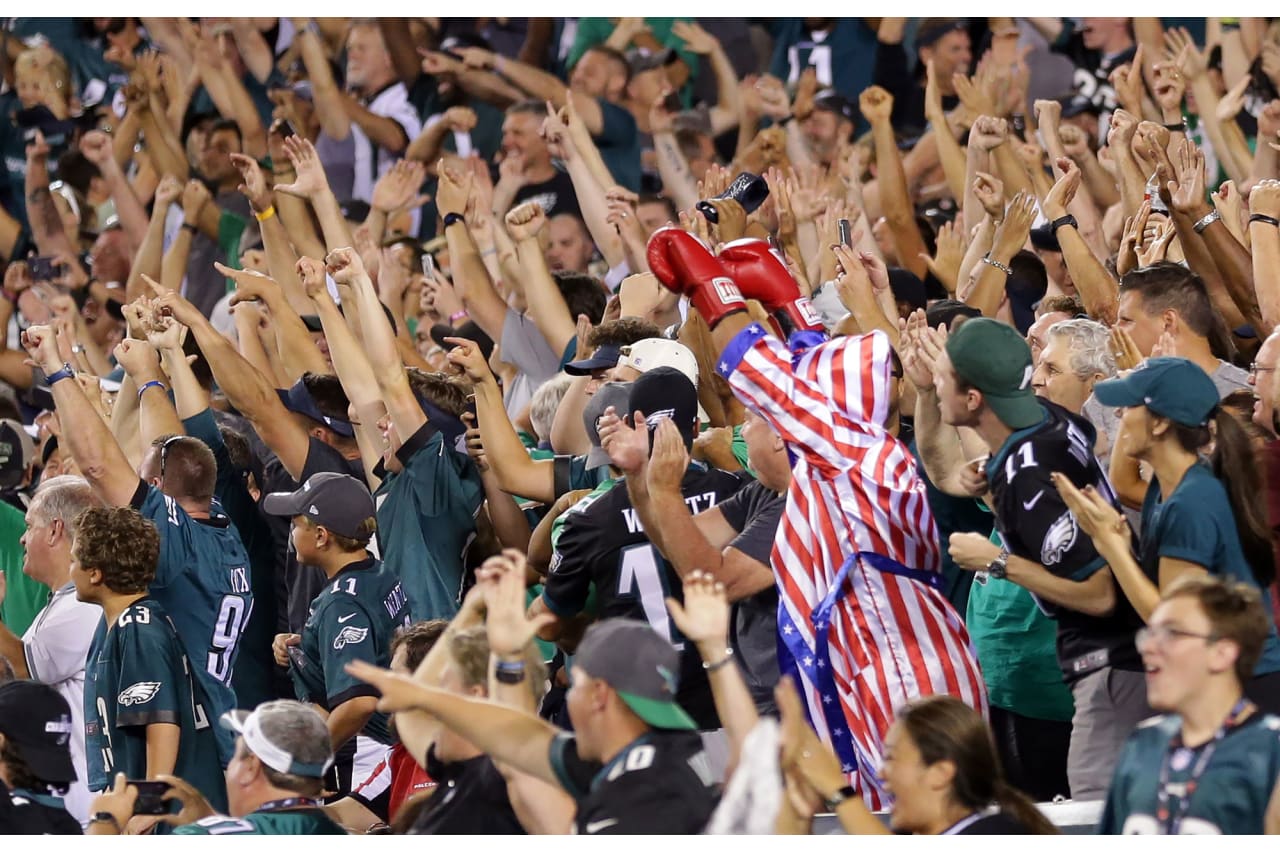 An Eagles fan's comparison of the Flacco and McNabb trades...

Spiritually speaking, I am an Eagles fan. Obviously I think Donovan McNabb in his prime was a greater difference-maker at QB than Joe Flacco in his prime.

Yet I married a Ravens fan, and for the sake of sheer political survival I also watched and reported on all things Flacco since 2008.

Let me tell ya this— the careers of both “franchise QBs” have eerie similarities.

Although McNabb had much more natural mobility, both QBs were 1st-round draft picks, had cannon arms, eventually suffered similar injuries in their 11-year careers with the teams that drafted them, led their teams to awesome playoff runs and SB appearances in their first 5-6 years in the league, struggled a bit in their careers with reading defenses and creating pre-snap “deception” (per our GK Brizer, among others), never had premier receivers around them (with the exception of Terrell Owens temporarily for McNabb, and perhaps Steve Smith Sr. and Anquan Boldin temporarily for Flacco), and ultimately got traded by their teams for mid-round picks in favor of young guns in the wings (Kevin Kolb for Philly, Lamar Jackson for Baltimore).

Separated by a football generation (roughly 10 years), you could switch career stats and career paths in terms of W-L’s on these guys and the Roto folks would hardly notice the difference.

It made cap sense for the Eagles to trade McNabb to the Redskins in 2010, just as it does for the Ravens to trade Flacco to the Broncos. The Ravens have to be thrilled to get a (#5) 4th round pick for Flacco, who was out of their plans and likely to be released unless Baltimore found a trade partner. The situation is similar to what the Eagles executed with the McNabb trade to the Redskins in 2010, although McNabb scored higher in the draft-pick value. The Eagles got a 2nd-round pick for McNabb which ended up being Nate “The Skate” Allen. They also got a conditional 4th round pick in the 2011 draft, which was shipped to the Buccaneers in exchange for a pair of fourth-round picks, one in 2011 and one in 2012. With the 2011 pick, the Eagles selected linebacker Casey Matthews. The 2012 fourth-rounder was traded to the Texans for linebacker DeMeco Ryans.

Both veteran QBs were somewhat desperation acquisitions by the teams that traded for them. McNabb was seen as a stopgap by the Redskins in a very unstable time in Redskins QB history. Flacco’s arrival in Denver, just like Case Keenum’s a year ago, is not a long-term solution for the Broncos. Flacco turned 34 last month and lost his starting job after a hip injury this past season. Despite John Elway’s continued resistance to saying he is rebuilding, the Broncos eventually have to find a plan that goes beyond the upcoming season at QB.

If this trade for Flacco goes sideways like the trade for McNabb did for Washington, Elway may be the next veteran quarterback looking for a new job in the NFL next year.

Other similarities which occur to me as an observer of both McNabb and Flacco over the past 20 years is how at the end of their franchise-QB runs, they were more or less stuck with declining assets all around them. They had to “over-achieve” in order to achieve, if you know what I mean.

Patchwork was the word. Patch in a guard or a tackle here, a receiver or a running back there. It’s hard to look good at QB when you’re sacked 4 times, hurried 8 times, and your receivers drop the ball 6 times—as what happened to McNabb in his last game with the Eagles against Dallas in the 2009 playoffs.

Flacco was taking beatings like that too often in his final years with Baltimore. Other than the 2014 season he had with Gary Kubiak as his coordinator, Flacco was getting pounded in collapsing pockets more often than ~BROZ stocks up on frozen corndogs at COSTCO—which is an awful lot.

EYE also remember, in McNabb’s final game in 2009, the Eagles’ offensive line was overmatched by the quick front line of the Cowboys, featuring DT Jay Ratliff. McNabb was further assaulted by the outside pass rush of hybrid LBs like DeMarcus Ware, Bradie James and Anthony Spencer. It was a mess, and the same sort of stunts, loops and blitzes routinely rained down on Flacco the past few years, as the Ravens struggled to retain or recruit a cohesive offensive line.

Remember, McNabb was playing behind subs Nick Cole at center and Max Jean-Gilles at RG. Timing and spacing were completely out of whack. The result was McNabb on his back—a lot. And when he could remain upright, Dallas cornerbacks Mike Jenkins and Terence Newman had his primary receivers (DeSean Jackson and Jason Avant) completely covered and shut down.

Think on that a second—Jason Avant was McNabb’s #2 receiver. Joe Flacco would have loved any receiver half-as-good as Avant as his primary receiver after Boldin was traded in 2013 and Smith retired in 2016. The Ravens have simply been horrible at drafting impact wide receivers for over a decade.

Much like McNabb’s end-story, Flacco probably gives a few shining moments to his new team in Denver (which ominously features a porous offensive line) then just fades away. Hard to believe, looking back on it, but McNabb ended up being replaced by Rex Grossman in Washington. Then he was traded to Minnesota for his final swan song.

What’s interesting to observe for Eagles fans is how the trade of Joe Flacco to the Broncos might diminish the market value for Nick Foles. But as DUTCH RUBB says, it’s possibly more of an indicator that Foles is worth more, since Elway is notoriously cheap and the asking price on Foles is way higher than the price for Flacco ended up being in Denver.