Ben Simmons gets put on a poster, but gets the last laugh against Knicks 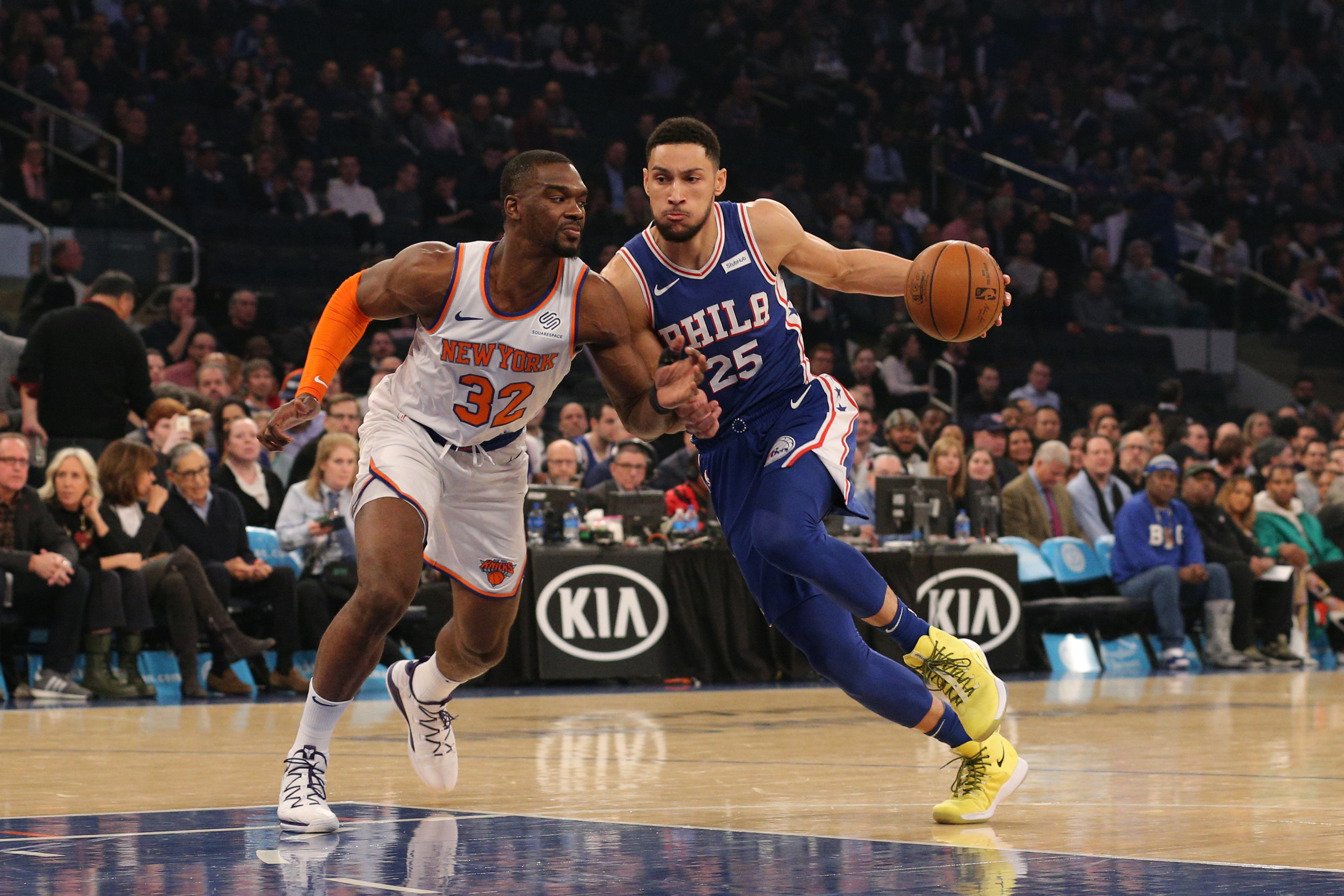 Ben Simmons gets put on a poster, but gets the last laugh against Knicks

Ben Simmons gets viciously dunked on for the second night in a row, but who really cares?

Philadelphia 76ers young star Ben Simmons tends to find himself in situations that cause the public to laugh at him. I’m not sure what exactly Simmons did to everybody who dislikes him, but there is an extensive list of NBA fans and even some players who aren’t too fond of the former first pick. I mean, even Sixers fans have a problem with Simmons from time to time.

I could probably take a wild guess that people don’t like Simmons because of the whole ‘Rookie of the Year’ debacle, but was it really that deep? He played in his first season in the NBA (rookie year), and dominated. There were rumors that Simmons was a diva and is selfish with the ball, but his assist total from last year will tell you otherwise.

Last year aside though, it seems like the hate for Simmons has carried into the 2019 season. We hear on a daily basis about just how overrated Simmons is and about how he’s still just a diva waiting for his chance to join LeBron James out West with the Lakers. Nothing new.  So when Ben Simmons got put on a poster not one, but two nights in a row, you know that social media’s reaction was going to be over-emphasized. However, Simmons got the last laugh on Wednesday at Madison Square Garden.

The Dunk that everybody is talking about

Kevin Knox laid it down against Simmons and rattled the basket. It was a solid dunk for sure, but Simmons didn’t just lay down from it. In fact, you have to give credit when it’s due for Simmons defense. He didn’t get the best of Knox on this play, but the bigger picture is what mattered.

The response to this poster dunk by Simmons was terrific. The Sixers got an energized and aggressive Ben Simmons in the second half, and he wasn’t backing down from anything or anybody. Simmons ended up finishing the night with 18 points, four rebounds, seven assists, a steal, and a block. Keep the one-play highlight reel, Simmons got the last laugh.