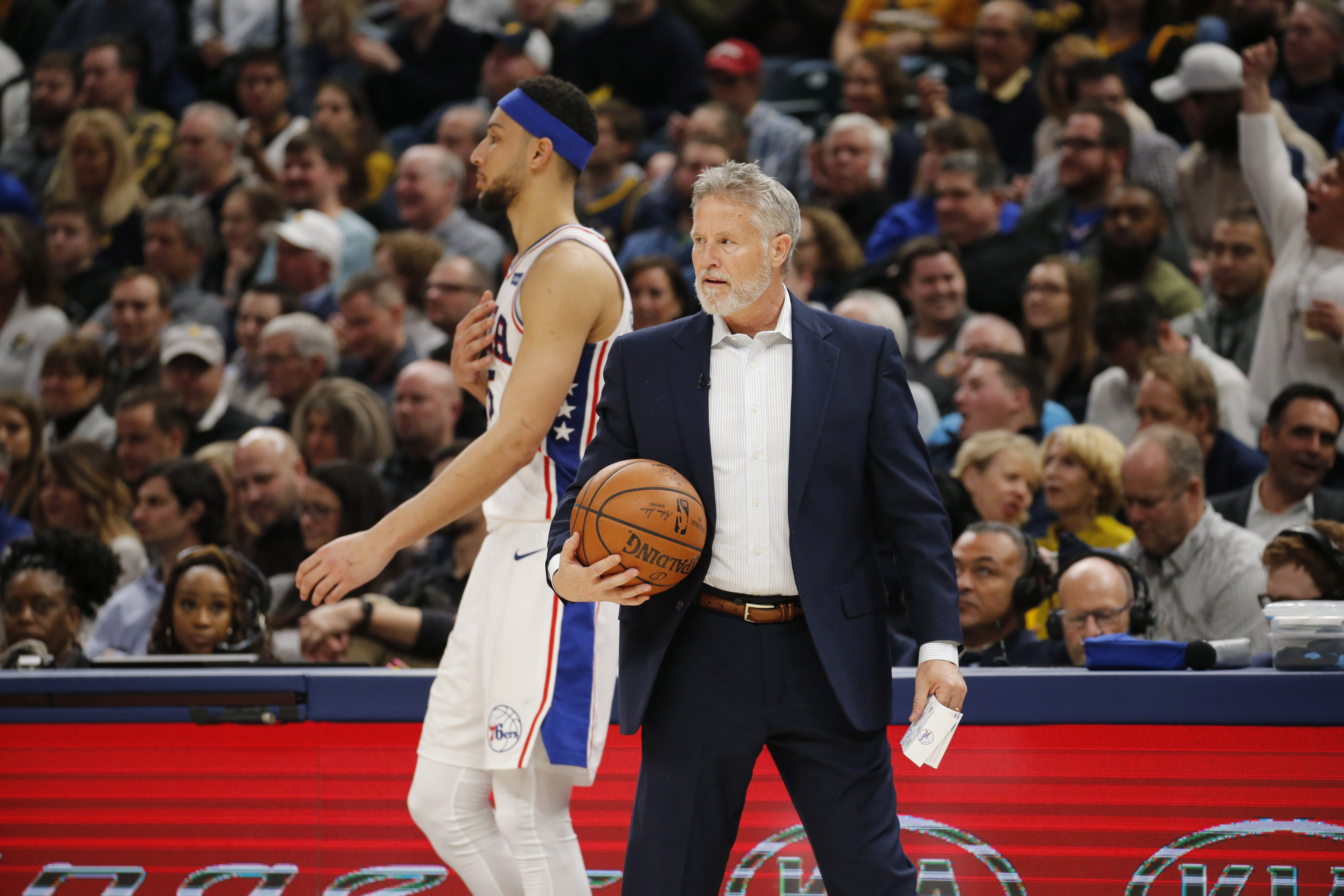 Sixers head coach Brett Brown does not care about desired lineups from the fans right now.

The “Fire Brett Brown” parade is officially back in Philly. It didn’t take long for Sixers fans to point the finger to the head coach once again, but after a tight loss to the Boston Celtics at home, the fans need someone to blame.

It’s understandable to be frustrated with the coach. For some odd reason, the Sixers are contenders to every single team throughout the NBA except for the three of the four squads ahead of them in the Eastern Conference. And when it comes to the Boston Celtics, they don’t even need their best player to get into the heads of the Sixers.

The Sixers still have some kinks to work out, which was to be expected considering that they brought a ton of new guys in recently. The chemistry was great for their first two games together, but Boston exposed the truth about the Sixers yet again. And until further notice, the Sixers are pretenders, not contenders in the Eastern Conference.

Is Brett Brown to blame for the Sixers flaws on Tuesday night?

Brett Brown decided on Tuesday night that he wasn’t going to play Jonah Bolden. Unfortunately, the Sixers could use Bolden in some critical situations on defense, but he wasn’t in the gameplan. Instead, Boban Marjanovic backed up Joel Embiid, who also struggled throughout the night before the fourth quarter came and went.

Although Boban has become a fan-favorite for reasons other than his game, he didn’t exactly give the fans something to cheer about outside of his ridiculous turn-around bucket against Al Horford. It was clear that Boban wasn’t going to create a much-needed impact for the Sixers, who were struggling, but Brett Brown wasn’t going to give in.

According to Philly.com, Brown is experimenting with lineups. He doesn’t want to proceed through the season with unanswered questions about his newest players. Maybe the matchup against Boston was the wrong time to experiment, but I guess it’s better to test drive players now, rather than later on down the line when the games really count.

Watching the stubbornness of Brown on Tuesday was frustrating, but don’t expect the Sixers coach to let up. As he sat at his post-game press conference after the tough loss, Brown made it very clear to the media that he’s going to experiment “as long as it takes.”

It may not be an ideal situation for the Sixers considering their ugly record against the East’s best squads, but hopefully, the experiment ends with some favorable results come playoff times. Because if Brown comes up short again, the Sixers could be on the hunt for a new coach in the summertime.