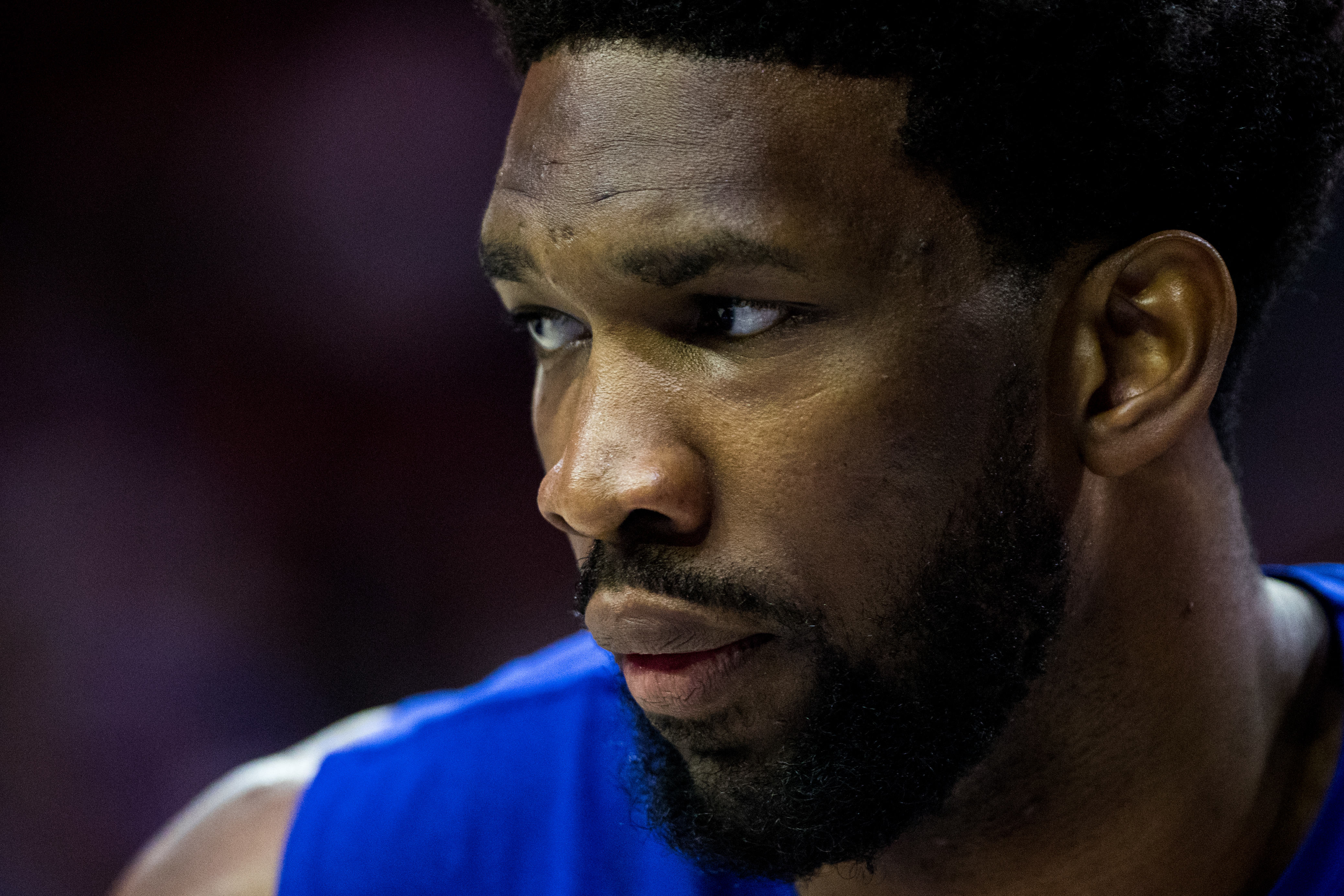 Although he doesn’t need it, Joel Embiid may receive fan-raised money for his $25k fine from Tuesday.

It was a rough Tuesday night for Philadelphia 76ers center Joel Embiid this week. Not only did he struggle for a majority of the matchup between the Sixers and the Boston Celtics, but he is also going to be forced to pay a $25,000 fine for his interesting choice of words following his post-game press conference on Tuesday.

As of late, the Sixers have seemed to get the short end of the stick when it comes to calls from the referee’s. And ever since the infamous missed call this week with the Washington Wizards, NBA players have a bit of a bone to pick with the whistles this week. Well, Embiid is no different.

Sure, the Sixers played a less-than-ideal game against a short-staffed Celtics team, but the referees surely did not do them any favors and Embiid had something to say about it. So right after his press conference, Embiid decided to slip in a few more words. You can check out the clip below, courtesy of ESPN.

Joel Embiid sure knows how to end a post-game presser 🙃 pic.twitter.com/k7o3Evq2Ea

As expected, Embiid will get an invoice in the mail for a hefty $25,000. And although Embiid has more than enough funds to cover his bill and live comfortably, Sixers fans don’t want it to go down like that. As expected, many Sixers fans share the same belief as Joel from Tuesday night. The referees did suck, apparently. So a fan in Philly has decided that he would like to raise funds to take care of Embiid’s fine with a GoFundMe, which has a goal to raise all $25k.

There were some talks of a GoFundMe being made immediately after the presser on Tuesday, but nobody was aware of what the fine was going to be. As soon as the price of Embiid’s words hit the news wire though, the GoFundMe was fired up and ready to go live. So far it’s been available for fans to donate to for about an hour, and nobody has pitched in.

As much as fans would like to help Embiid, he definitely doesn’t need it. $25k won’t put too much of a dent in his bank account. Plus, he could’ve just walked out of his conference without the unnecessary comment. I guess that Embiid already figured the fine would be around the $25k range anyway and was fully prepared to pay it before he even spoke his mind.