The Blues finally have a positive goal differential 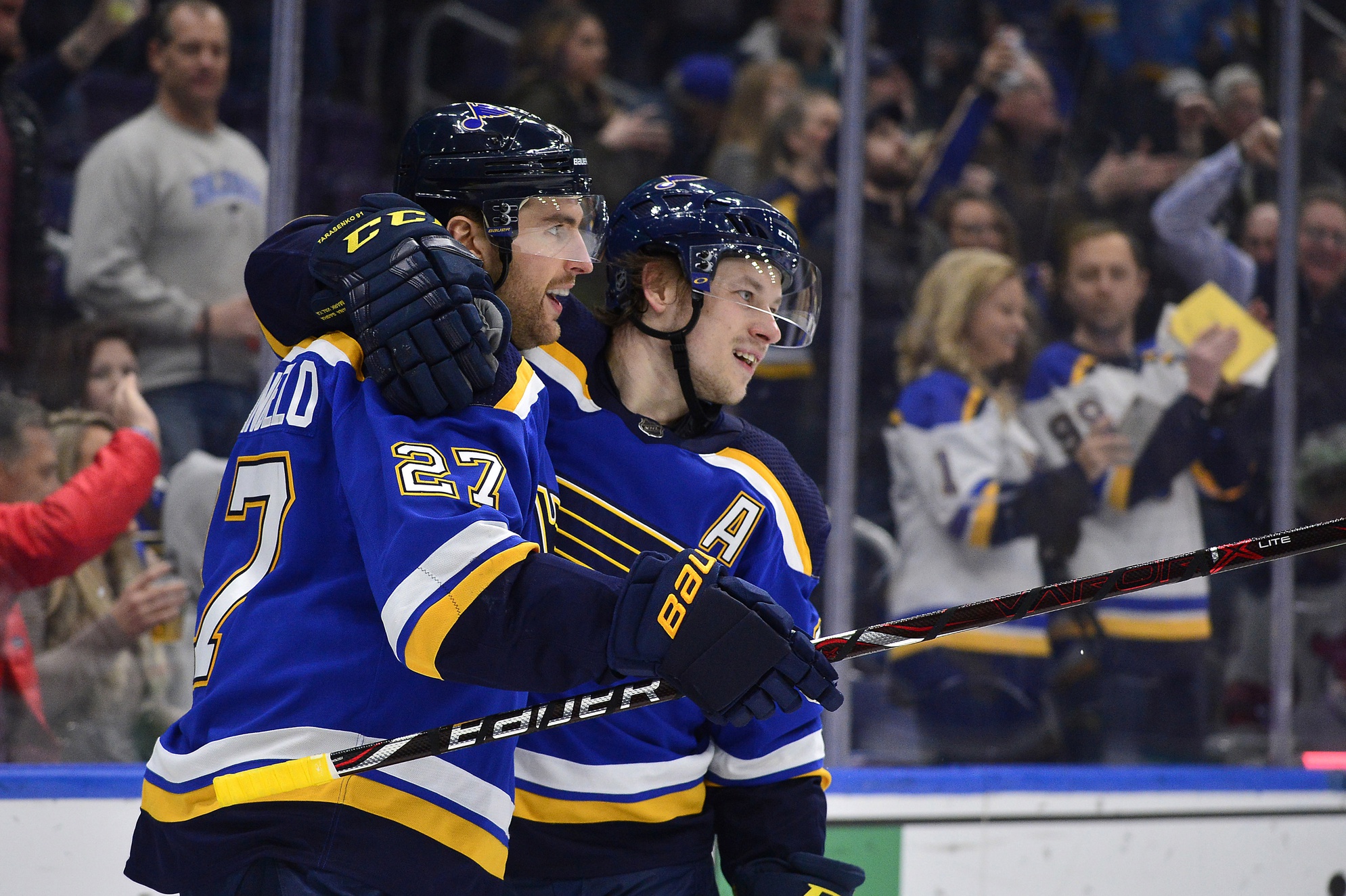 The Blues finally have a positive goal differential

The St. Louis Blues made a ton of noise in an 8-3 blowout win over the New Jersey Devils on Tuesday night. The lopsided score gave the Blues their seventh consecutive victory, two important points and a positive goal differential for the first time in ages.

Following their eight-goal effort, the Blues have now scored 163 goals this season. They’ve allowed 162 goals, giving them an overall differential of +1. It’s not much, but it’s a start. It’s an important step in their journey back into playoff contention.

It’s common sense that the Blues need to score more goals than they allow in order to climb into the playoffs. Previously, they were one of just a couple teams who had a negative differential while sitting in a playoff spot. Now, they have the seventh-best differential in the Western Conference and the 16th-best in the NHL as a whole.

The team still has a lot of work to do to cover up the disaster that was a majority of the first half of the season. Their offense as a whole ranks as the 19th-best in the NHL while the defense comes in at eighth. The Blues will need to continue to find some offensive surges in order to even things out, and to prove that they’re a legitimate threat.

One of the main areas the Blues could improve and sharpen is the power play. On the year, they rank 18th with an overall success rate of 18.2%. Despite their recent run of success, the approach on the power play can still be tinkered with some. The team still hesitates, still looks for the perfect shot and can still be a bit inconsistent getting traffic in front of the net. The power play needs to be firing on all cylinders come playoff time if the Blues hope to make any kind of run.

The Blues are doing a lot of things right to rattle off seven consecutive wins. They’ve done a lot to forgive some of the grueling games fans endured earlier this year and are playing some really exciting hockey. Hopefully they can adjust a handful of things to pull away in the Western Conference and lock up a playoff spot without any late-season drama.