Will Big Will Benson be the Next Tribe Superstar or Biggest Bust? 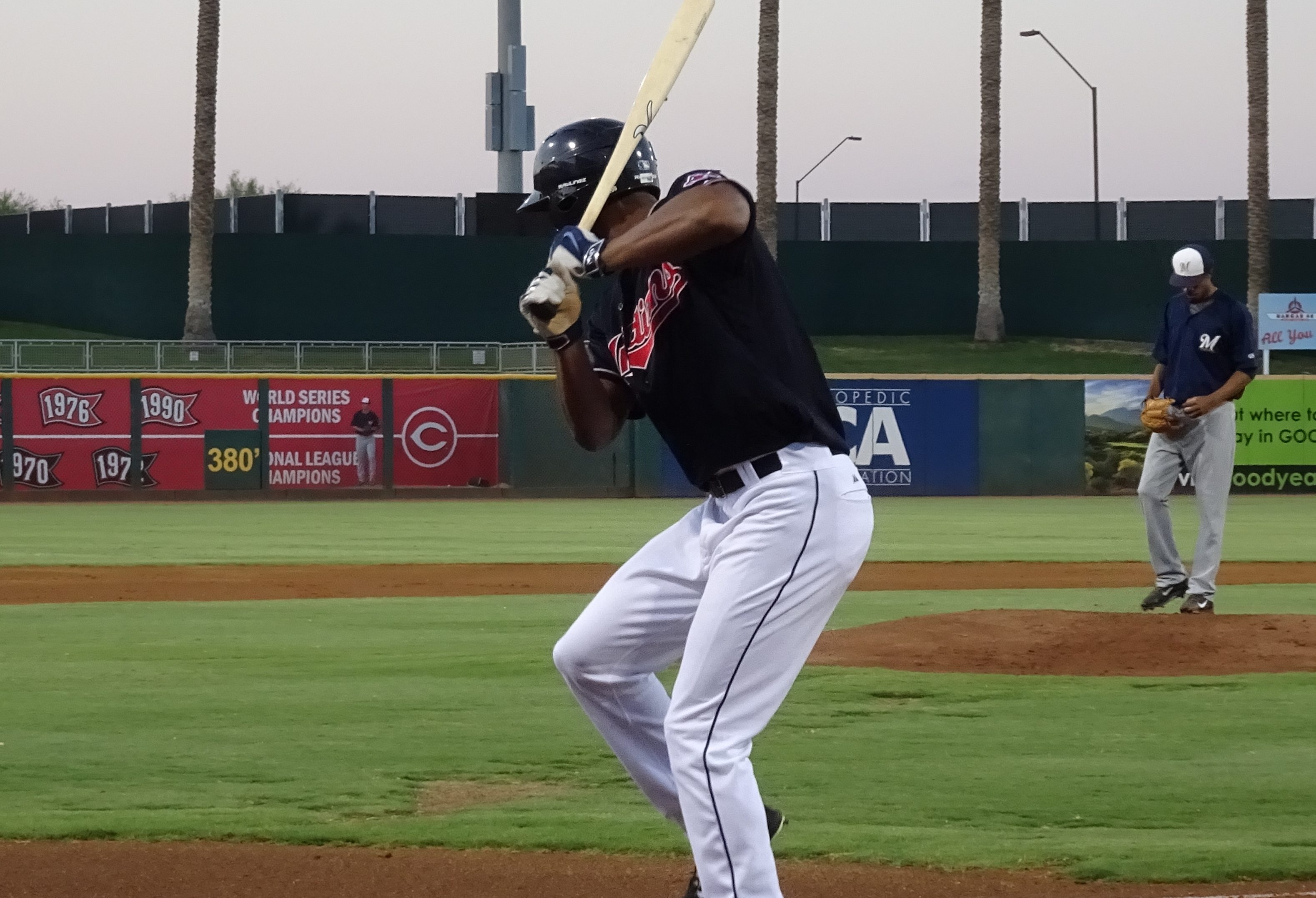 Will Big Will Benson be the Next Tribe Superstar or Biggest Bust?

When the Indians selected Will Benson back in the first round of the 2016 draft, it seemed the primary scouting report on him was that he was big. Now that we’ve seen him for most of three seasons, we can certainly get into a discussion about Benson that is deeper than his 6’5″ 225 frame.

My first impression of Benson as an 18 year old in his rookie season in Goodyear was that he is much more athletic than originally advertised. Unlike most of the corner outfielders the Indians have brought in over the last few years, Benson is a smooth fielder and the thought of him having to play defense in the major leagues doesn’t inspire thoughts of dread (this is not a knock against corner outfielders from the 2018 draft, who look very talented, but the previous years). He has a very strong throwing arm as well and should be able to maintain his corner outfield position through his entire career.

Of course, Benson wasn’t drafted for his defense. In his rookie campaign he hit six home runs and ten doubles while playing on fields with MLB dimensions as an 18 year old for a .424 slugging percent, then increased that to ten home runs, eight doubles and a .475 SLG in Mahoning Valley in 2017. As mentioned before, Benson has surprising speed as well and he worked that for 17 steals in 20 attempts during his first two seasons and eight triples. If you look at nothing else, Benson looks like a solid player, future Major Leaguer and great selection as a first round pick.

Benson swings at a pitch during a 2017 extended spring training game against Cincinnati at Goodyear Ballpark. – Joseph Coblitz, BurningRiverBaseball

The problem with Benson is that his power/speed combination doesn’t tell the whole story. While he does have one more extremely positive attribute, his ability to draw walks, his on base percentage is dismal. There has long been the argument that batting average doesn’t matter, but the fact is that Benson drew a Carlos Santana-esque 16% walk rate in 2018, but reached base just 32% of the time thanks to a .180 average. The chart below shows Benson’s strike out and walk rates (per plate appearance) over his first three seasons.

Last week I compared Benson to Oscar Gonzalez in his individual profile as both are corner outfield with extremely high exit velocities and strike out rates, but as mentioned, there are two places where the comparison breaks down. First is in Benson’s athleticism as mentioned above, second in their walk rates. Benson’s increase in walk rate each season should be seen as a tremendous positive. While Gonzalez is a more aggressive hitter and hits for a higher average, Benson is more patient and has not allowed his lack of an average to change his game. He walked essentially twice every three games over the entire season and did so consistently throughout.

One of the major reasons analysts no longer consider batting average to be of great importance is its inherent variability. There is a lot of luck in baseball and Benson has seen both the benefit and detriment of that already in his early career. His .180 average from 2018 is eye popping, but it came with a .232 average on balls in play compared to the league average of near .300. With little control over what happens to the ball once it leaves the bat, Benson was essentially as unlucky as is possible in baseball as far as his contact being turned into outs in 2018.

This projection would essentially put Benson at Carlos Santana levels all around. I personally like this comparison as Santana is also more athletic than he is given credit for and they have a similar approach at the plate. Continuing the comparison, when Santana was a 21 year old in A ball he hit .223/.318/.370 after having significantly better seasons in his first two years. He then went on to .326/.431/.568 the following season and eventually become a MLB superstar worth more than $20M per year on the open market.

Obviously, Benson is not Santana and the future is completely unknown, but the incredible turnaround of Santana after A ball shows that it is possible and, given Benson’s poor luck in 2018, should almost be expected. His ability to not get deterred by the Mendoza line and to continue playing his game his way is a huge confidence booster and should serve him well as he advances through the system. To answer the question in the headline, it is far too early to tell, but currently Benson is still sitting strongly on the superstar side of the line and far from being considered a bust.

For now, Benson can use his set back in 2018 as a positive as he will come into 2019 as an under the radar player with the Hillcats. He is no longer the shiny new first round draft pick (that moniker now belongs to Bo Naylor, Lenny Torres and Ethan Hankins) and he is far enough from the big leagues that he should generally be ignored. While he shouldn’t fall under as much scrutiny, Benson remains one of the Indians best outfielders when considering potential (he came in ranked #25 overall and #5 among outfielders in BurningRiverBaseball’s 2018 prospect rankings).

If he continues to take things slowly, improving a little each year, Benson could definitely be a MLB starter, although it might not be until around 2022.