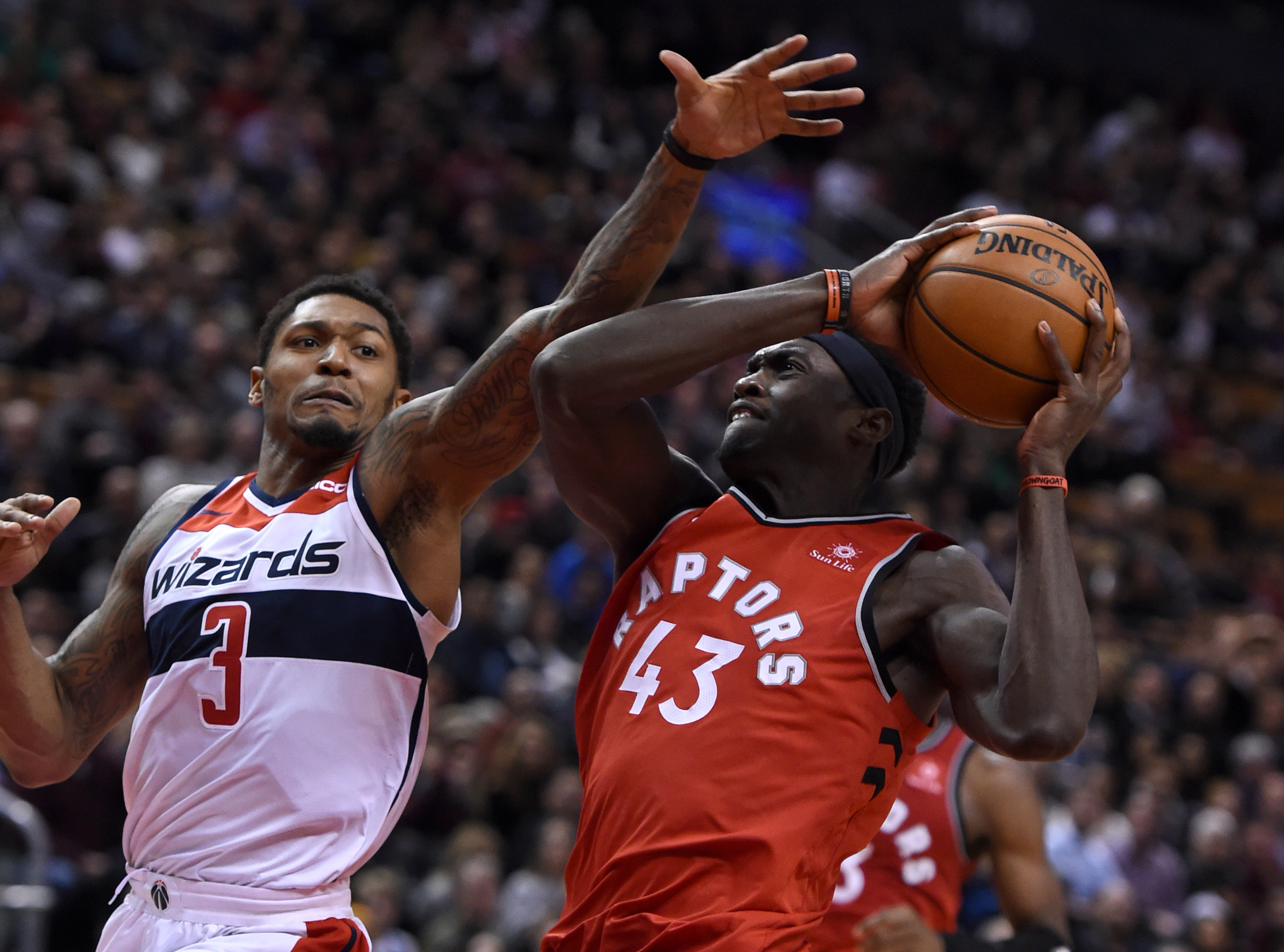 Following a letdown in the Motor City, the Washington Wizards knew it would be important to try and steal a game back before the break. With Kawhi Leonard out for the 42-win Raptors, the road team had an opportunity to win a game they would usually have no business being in. Despite a 12-point lead, Washington squandered the opportunity by giving up a 15-0 run in the third quarter. Having 18 turnovers and allowing 32 points on the fast break were two areas of the Wizards eventual doom. Heading into the All-Star break 10 games under .500 is obviously less than ideal.

When the Raptors acquired Leonard last summer, it seemed like a big win for Toronto that they did not have to give up the services of Siakam, a 6-foot-9 forward with a 7-foot-3 wingspan. The 24-year old dropped a career-high 44 points on 15-of-25 shooting including 4-of-5 from deep where he is only a 32.3 percent shooter for the season. He also added 10 rebounds and was a game-high +24 in point differential. Arguably the Raptors’ third best player (if that) had more than the Wizards’ starting forward of Trevor Ariza and Jeff Green combined.

With Tomas Satoransky away from the team for the birth of his daughter, the Wizards were left short handed with Chasson Randle as they team’s only true point guard. Rookie Troy Brown Jr. has some experience with the ball in his hands, but is out as he continues to nurse an ankle injury. With Randle picking up two early fouls, it forced Beal into more extended point guard minutes. In his best year as a pro in his career, Beal continues to flourish in anything thrown at him. In the first half, the two-time All-Star had 16 points on 5-of-6 shooting, but more impressively six assists. Everyone knows Beal is a lethal scorer, but his passing and defensive abilities are starting to become more apparent. In 44 minutes of play, Beal had 28 points behind a career-high 14 free throws made and 11 assists.

Bradley Beal getting it done on both ends of the floor pic.twitter.com/DpEmZRxgq0

Majority owner Ted Leonsis is not going to tank, he wants his team to compete, he wants the team’s fifth playoff berth in six seasons. In his mind, anything can happen once getting into the postseason but that is simply false hope with this Wizards team. Three games back of the No. 8 seed, Washington is the 11th best team in the Eastern Conference at 24-34. They would have to move in front of Orlando, Miami, and Detroit (or Charlotte or Brooklyn) to play past April 9. The decision to hold onto Trevor Ariza and Jeff Green instead of stockpiling draft assets was already a mistake in my mind and will be exemplified further should the Wizards miss the playoffs, not re-sign them next season (or worse overpay them this summer).

If the season ended at the All-Star break, Washington would be in line for the No. 7 overall pick in the draft lottery, but if they kid themselves of making any noise in the postseason and get the No. 8 seed then their first-round pick because 15th overall. They would likely go up against the likes of Milwaukee, who just embarrased them twice, or Toronto, who swept the regular season series 4-0 despite Leonard missing two of those games, so it would not be pretty. At the end of the day, trying to have any success this season has set the organization back from long-term success.

Next Game: After the All-Star break, Washington will return to action next Friday against the Hornets in Charlotte.