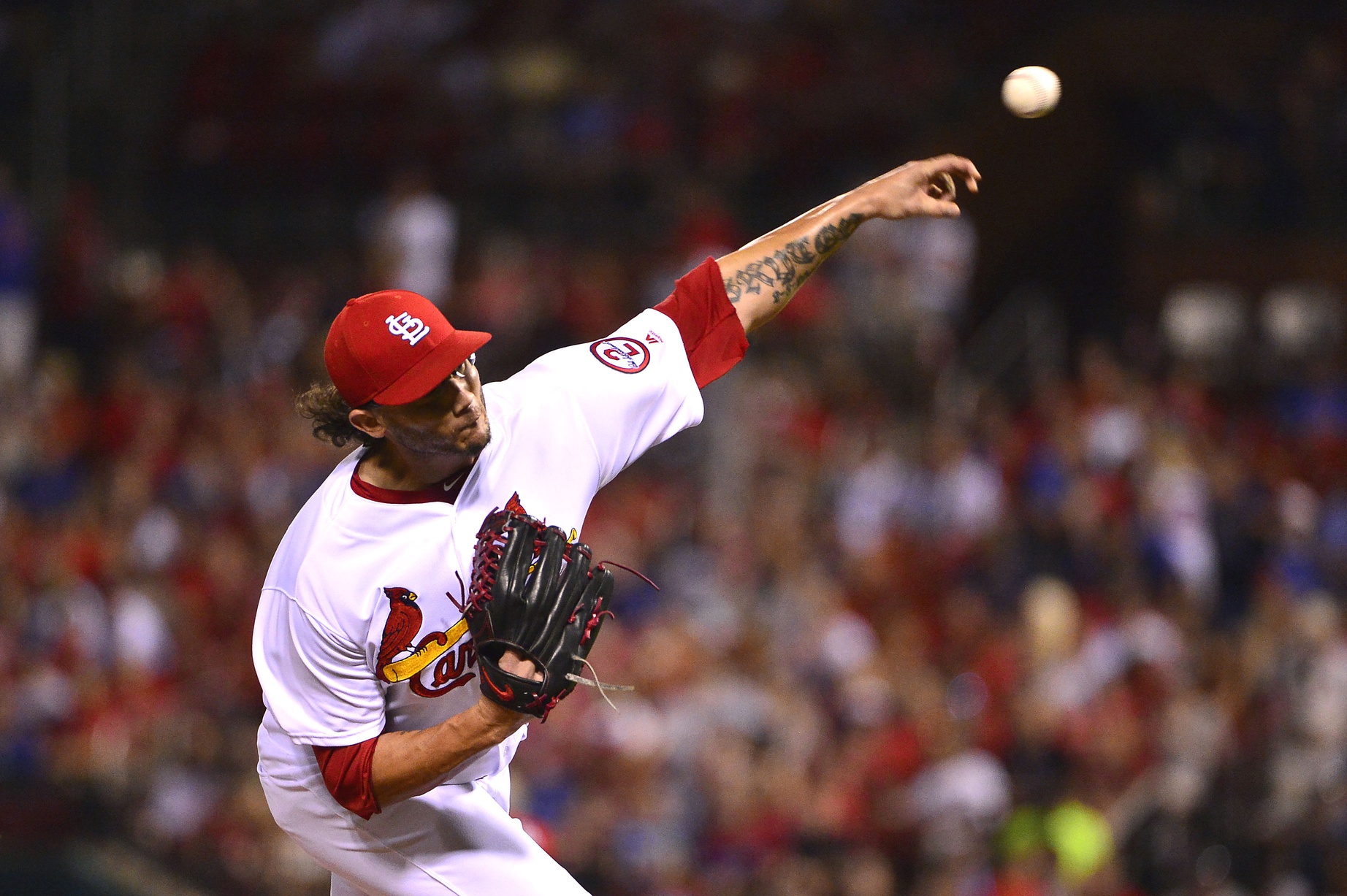 At long last, Spring Training is upon us.

As the pre-season progresses and players go through their workouts and exhibition play, various story lines will form. Some aspects of the team will gain clarity, while others may get more complicated. Tough decisions will be made, with performance and health dictating many of them.

So before all of that occurs, I want to jump in with some cold, bold predictions. Cold in the un-influenced sense, not the harsh sense.

Rather than being guided by how players look in Grapefruit League play, I wanted to throw down some scenarios that I think have an outside shot at happening.

An outside shot. I am in no way claiming that these are likely outcomes. Really, this is just for fun.

Carlos Martinez makes 32 starts and is selected as an All-Star.

This one wouldn’t be so bold, if it weren’t for the notion that he would be better utilized out of the bullpen. This topic set Twitter ablaze on Day 1 of Spring Training, due to some comments from Mike Maddux. I’ve written before on why Martinez should remain a starter.

To spare us all from specific statistical predictions to express how effective he will be in the rotation role all season, I’m just tacking on the “All-Star” nod as an all-encompassing, he’s-pitching-really-well, prediction.

Adam Wainwright is healthy and effective, but yields his rotation spot to Alex Reyes mid-season.

I think Wainwright can continue to show what we saw from him in September 2018. And that pitcher can be a perfectly acceptable 5th starter. However, his contract was structure in a way that allows him to reach incentives regardless of role.

Somewhere around the 20 start mark, after 3 months of watching Alex Reyes deal as a modified long-reliever, the Cardinals will have a tough conversation with the veteran and swap the roles of the two right-handers, putting Reyes in the rotation for a stretch run. Wainwright will take the backseat to the future star, and serve as the 6th starter when he is inevitably needed to fill a spot.

I’ve been on the Gallegos bandwagon for a while now, and you can read all about how I feel about him, here, here, here, and especially here.

I won’t go over absolutely everything about him, but just know that over the last 2 seasons at AAA, he has struck out 36.7% of all batters. In super limited major league exposure, he has still struck out 25.6%. John Brebbia lead the bullpen with a 28.7% K-rate last season. As Gallegos settles in, he will easily match that. ZiPS projects him — with a full season of work — to be the best RH reliever on the Cardinals with a 1.1 zWAR, trailing only Andrew Miller overall. I think Miller leads the bullpen in K’s, which is why I was specific about handedness. His same-age comp from ZiPS is Rollie Fingers.

Brett Cecil (makes the team and) finishes the season with an ERA under 3.00.

John Mozeliak touted Cecil’s weight loss and impressive commitment at the Winter Warm-Up. I’ve seen just one picture of Cecil from Jupiter, but the difference is extremely noticeable. He appears in far better shape than either of the last two seasons. With a family tragedy disrupting last spring and the season spiraling from there, the sense is that Cecil may finally be on solid ground. Late season comments, indicated that Spring Training would be his last chance to stick with St. Louis, regardless of contract status.

A lot has been made about Robinson hitting only .204 in his first 246 MLB plate appearances. Not enough has been made about him hitting 9 HR’s in that time. Over a starter’s worth of PA’s, that is a 26 HR pace. This is a legitimate power hitter on your bench, and he has crushed RHP in the minors. Proper utilization at the plate and versatility in the field makes him a weapon in 2019.

BONUS PREDICTION: The Cardinals bench of Gyorko, Martinez, O’Neill, and Robinson (and Pena) leads all MLB benches in HR’s this season.

Dexter Fowler earns and makes more starts as the #3 hitter than anyone else this season.

There has already been chatter this offseason about Paul Goldschmidt hitting 2nd in the lineup. It makes sense, as some of the league’s best players — Betts, Trout, Yelich — spend a lot of their time in that spot. Analytics have created a trend where the best hitter no longer has to hit 3rd. My concern with Goldy hitting 2nd, though, is about who would hit 3rd.

Well, I’m predicting that Fowler bounces back to his 2017 form that saw him post a 121 wRC+. That mark would have ranked 6th in the NL for #3 hitters in 2018 (the Cardinals ranked 14th with a 96 wRC+). That is a perfectly acceptable level with MVP candidates hitting 1st and 2nd. Fowler’s combination of decent power, speed and on-base ability fits perfectly between thumpers Goldschmidt and Ozuna.

We know he has the power, but he shares other similarities to Story as well.

Last season, Story had a 7.2% walk-rate and a 25.6% strikeout-rate. DeJong’s were 7.3% and 25.1%, respectively. With similar profiles and similar power, it’s not a stretch to see DeJong having a similar, year-3 breakout. DeJong won’t get the benefit of Coors Field, but with the hand injury no longer limiting his power, 65-70 extra-base hits is happening, making him a no-doubt stud at SS and a great #5 hitter for the Cardinals.

Well that’s all I’ve got. Time will tell how wrong I am.