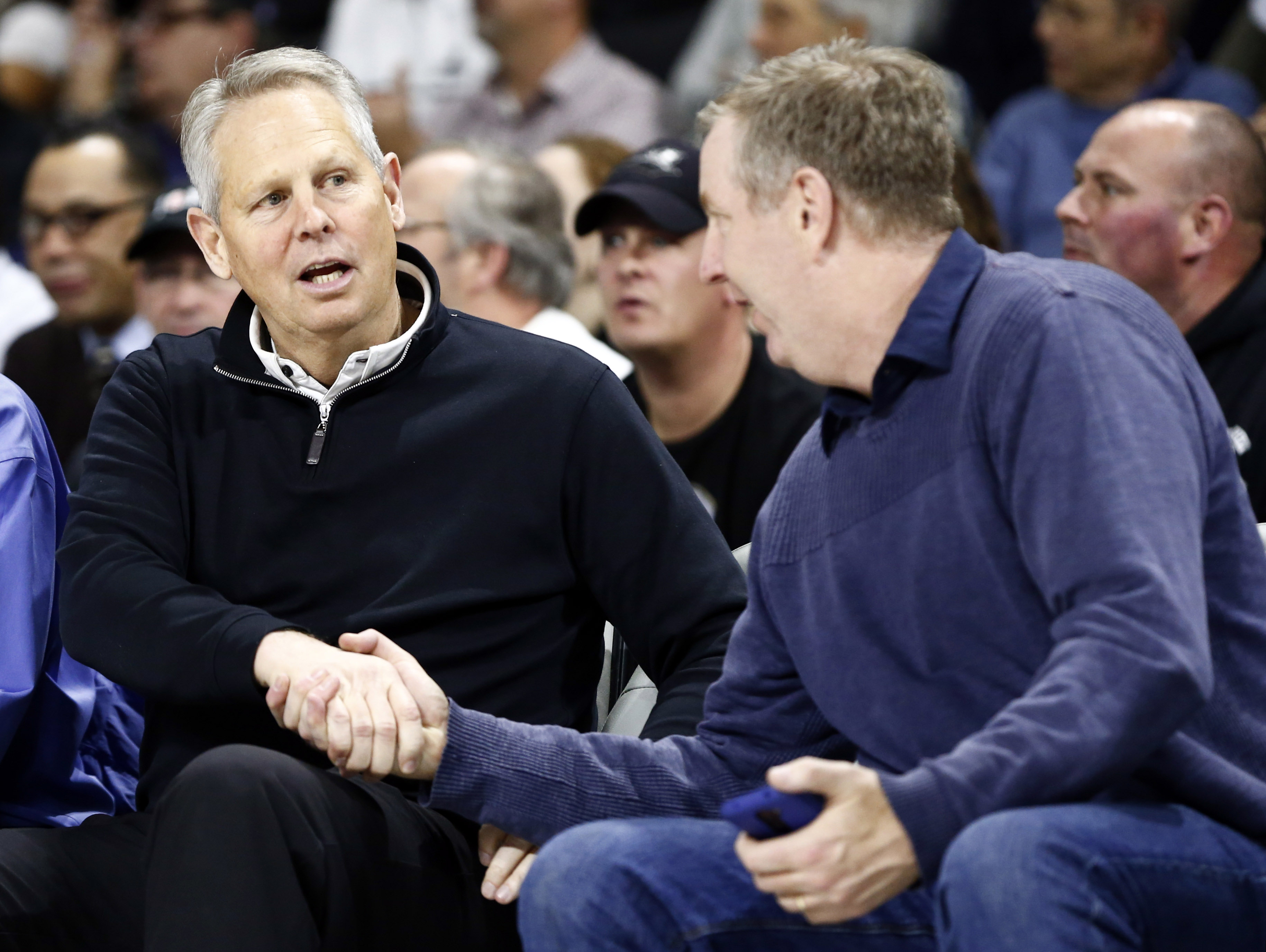 There’s been some rumors floating around about the Celtics being tighter as a unit, and playing better on the court, with Kyrie Irving out of the lineup.

Irving has been sidelined with a knee strain, although it looks to be more precautionary than anything, and he’ll likely return after the All-Star Break.

Back to the talk about the team’s performance without Irving: With him out of the lineup, they recorded back-to-back wins over the Pistons and Sixers (one of the best teams in the Eastern Conference). Before that, with Irving, the Celtics suffering embarrassing losses to the Lakers and Clippers. As such, Celtics general manager Danny Ainge was asked if the team plays better without Irving, and he shot that talk down quickly, during an appearance on 98.5 The Sports Hub’s “Toucher and Rich.”

“It’s completely illogical and makes no sense,” Ainge said Thursday, as transcribed by NESN. “If you just look at the data over the last two years, our team is so much better — I mean, it wasn’t but a month ago we were trying to figure out, how in the world are we going to score without Kyrie on the court? And everybody was struggling and going through their challenges. Now, we’re getting a lot of good play out of a lot of good guys.”

It may sound like a hot take that the Celtics play better without Kyrie, but numbers never lie. The team is 9-2 without Irving in the lineup, and where there’s smoke, there’s fire. Boston’s young players look more confident without Irving on the court, and they also get a lot more looks — as Kyrie is a ball-dominant player. The Knicks have to be enjoying watching this, as they prepare their pitch to recruit him this summer.

We’ll see if the Celtics can continue their winning ways when Irving returns to the lineup next week, or if they go back to playing down to the level of their competition.