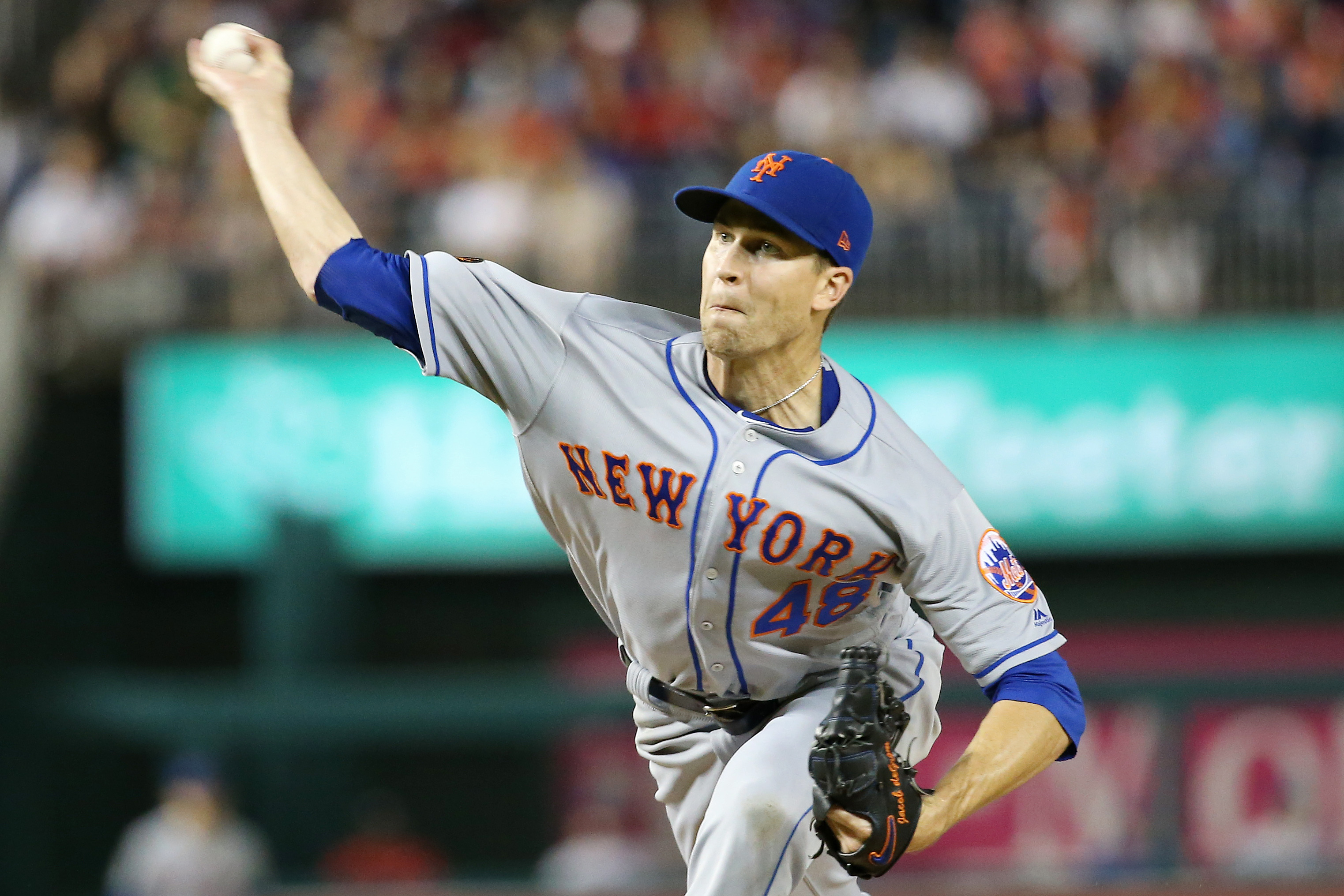 The sideshow that is Jacob deGrom’s contract extension talks (or lack thereof) has now hit New York Mets’ camp in full force. The Mets’ ace spoke to the media today for the first time since word leaked that his representatives were imposing an Opening Day deadline for negotiations, and one thing deGrom said could be considered a bombshell. When asked whether or not he would consider a self-imposed innings limit if a deal wasn’t reached, deGrom indicated he would have to discuss the matter with his agents, Mike Puma of the New York Post reports.

DeGrom says he will have to discuss with his agent whether he should consider cutting back his workload if he doesn’t receive a new contract.

This would be a very disappointing development for the Mets, who need deGrom to deliver strong results as their ace if they hope to snap their two year postseason drought. deGrom has clearly become frustrated at the pace of negotiations, with the team and his agents not communicating since an informal discussion at the Winter Meetings back in December. The Mets and deGrom avoided salary arbitration by agreeing to a one year deal worth $17 million, a figure that should have set up nicely for a long term contract. The fact that the two sides haven’t even spoken since then remains alarming.

When asked directly about whether or not he had received an offer from the Mets, deGrom said the following

“The line of communication is still open. We have not received an offer . . . I really enjoy playing here and would like to be here, but that’s kind of up to them.”

Despite all the public posturing that GM Brodie Van Wagenen has made about the importance of keeping deGrom here long term, the fact the Mets haven’t even thrown an offer out to his representatives is a terrible look. Mets’ beat reporter Anthony DiComo also noted that the team cut deGrom’s press conference short even though he was willing to take more questions, another bad optic for a franchise that has bathed in them for far too long.

The bottom line is that this situation has the potential to get very ugly if it isn’t handled correctly over the next few weeks. The Mets blew their chance at extending deGrom at a very reasonable rate by failing to negotiate after the 2017 season, when he was merely good, going 15-10 with a 3.53 ERA in 31 starts, but now they cannot afford to have their season self-destruct over these talks. deGrom has given every indication that he wants to stick around for the long haul and the Mets need to make it happen.