Your Morning Dump... Where the Celtics are better without Kyrie (when they play sub.500 teams and, of course, Philly) 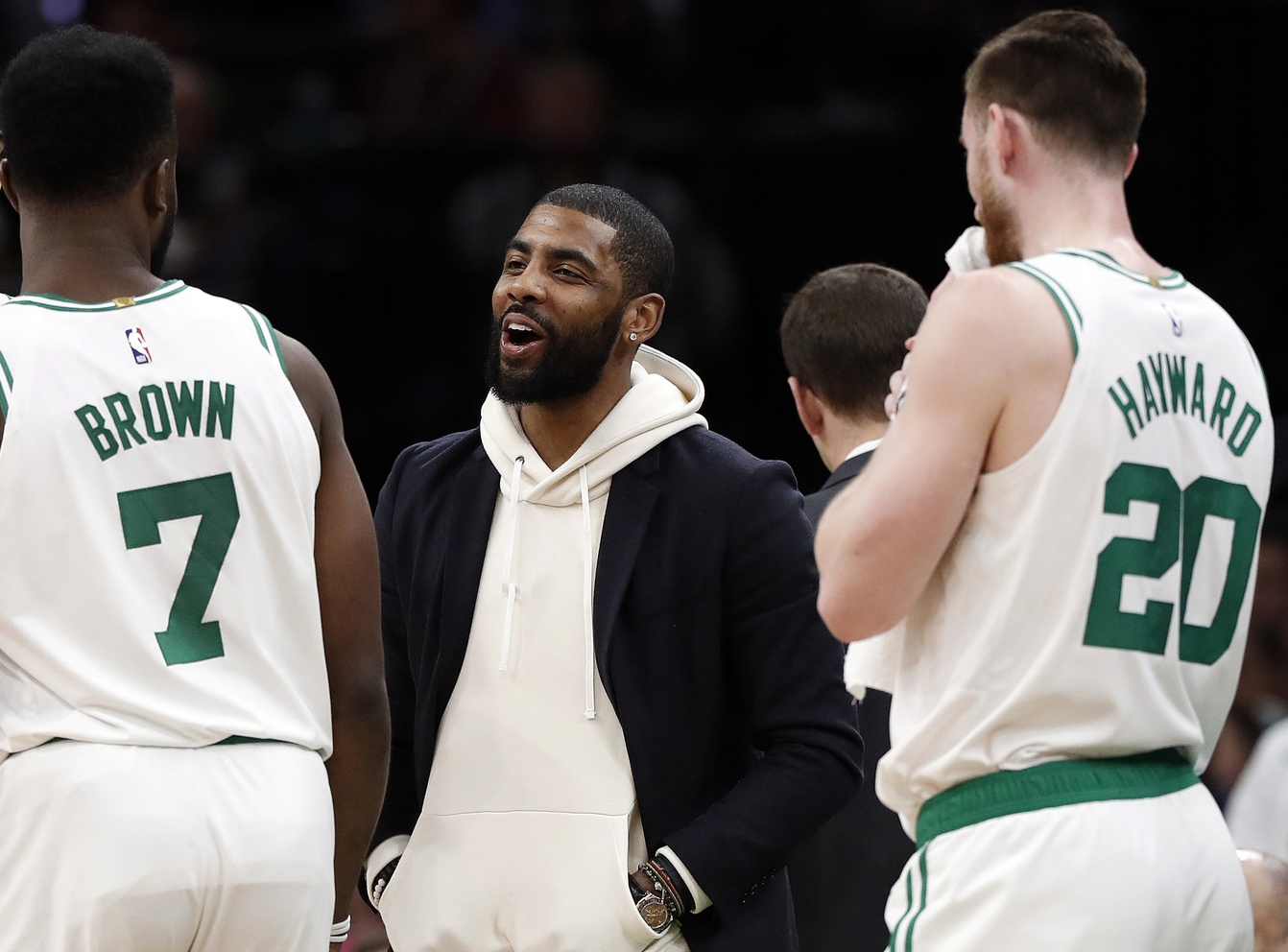 Your Morning Dump... Where the Celtics are better without Kyrie (when they play sub.500 teams and, of course, Philly)

Are the Boston Celtics better without Kyrie Irving? The question is both fair, and yet absurd.

The Celtics improved to 10-2 without Irving this season after Wednesday’s 118-110 triumph over the Detroit Pistons at TD Garden. It’d be easy for a casual fan to look at Boston’s record sans Kyrie this year, combined with the postseason run it made without him last season, and deduce that maybe there’s something to the notion that Boston plays better without Irving.

A deeper dive reveals a team that struggles mightily, offensively, without its All-Star point guard and, while players have routinely stepped up in his absence, much of the success this season has come against underwhelming competition.

“We need Kyrie to be the best version of ourselves,” said Stevens, hammering home the notion that Boston needs Irving’s talents if this team is to be competitive in a beefed-up Eastern Conference.

NBCSports Boston — Celtics are not championship contenders without Kyrie

Look, I’m short on time this morning (early morning since I’m on the west coast) so I had to pick some low-hanging fruit to lead of this Dump. If I had a dollar for every time I’ve seen an ESPN headline in the last year that reads something like First Take: Stephen A wonders if Cs need Kyrie? or Time Legler joins Sportscenter — are Celtics better without Irving? I would have been sitting court-side at Clippers/Suns last night instead of in the cheap-seats (note: It was Suns/Clippers so I probably wouldn’t have needed too many dollars).

There is a narrative around everything Kyrie does/doesn’t do, or says/doesn’t say both locally and nationally. Flat out, Kyrie Irving is needed on this team. It is fantastic that they can go 10-2 without him. It’s even better that they can build a 26 point lead on Detroit without three key rotation guys, it speaks to the depth on this team.

But if Kyrie misses more time this season, let’s all ready ourselves for another round of local and national talk about the Celtics without Kyrie.

I can see it now.

1. Al Horford has been a monster over the past two games

The Celtics needed Horford to come up big against Joel Embiid and Andre Drummond, and he delivered in big way.

“I thought his last two games were outstanding,” said Brad Stevens. “When he wasn’t in the game, we struggled, when he as, we were — we were better. And that was clear last night, too, obviously. I mean, he’s a — against those guys with the size that protect the rim so well, he gives you the ability to stretch it out and drive it.”

2. Gordon Hayward is on a roll and finishing strong

One thing he’s been doing much better lately is finishing at the rim.

Do read on for the additional 8 insights from our guy, John, but I wanted to highlight the first two because they get me the most excited. When Gordon Hayward is Gordon Hayward and Al Horford is Al Horford this team has Finals potential. Throw Kyrie’s magic on offense into the mix (but please, get the recipe right) and you’re looking at the Celtics team many of us imagined to win 60-plus games this year.

And as we head into the all-star break, let’s end there. There are 25 games left in the season. If the Celtics can play like that 60-plus win team over a 25 game sample size heading into the playoffs, with their three high-priced vets playing like we know they can, it won’t matter if the Cs are a 54-win team as opposed to a 62-win team.

The two LA losses aside, it feels like we’re getting close. Enjoy the break and get ready to buckle up and find out on the other side.