Islanders bounce back with dominant win over Blue Jackets 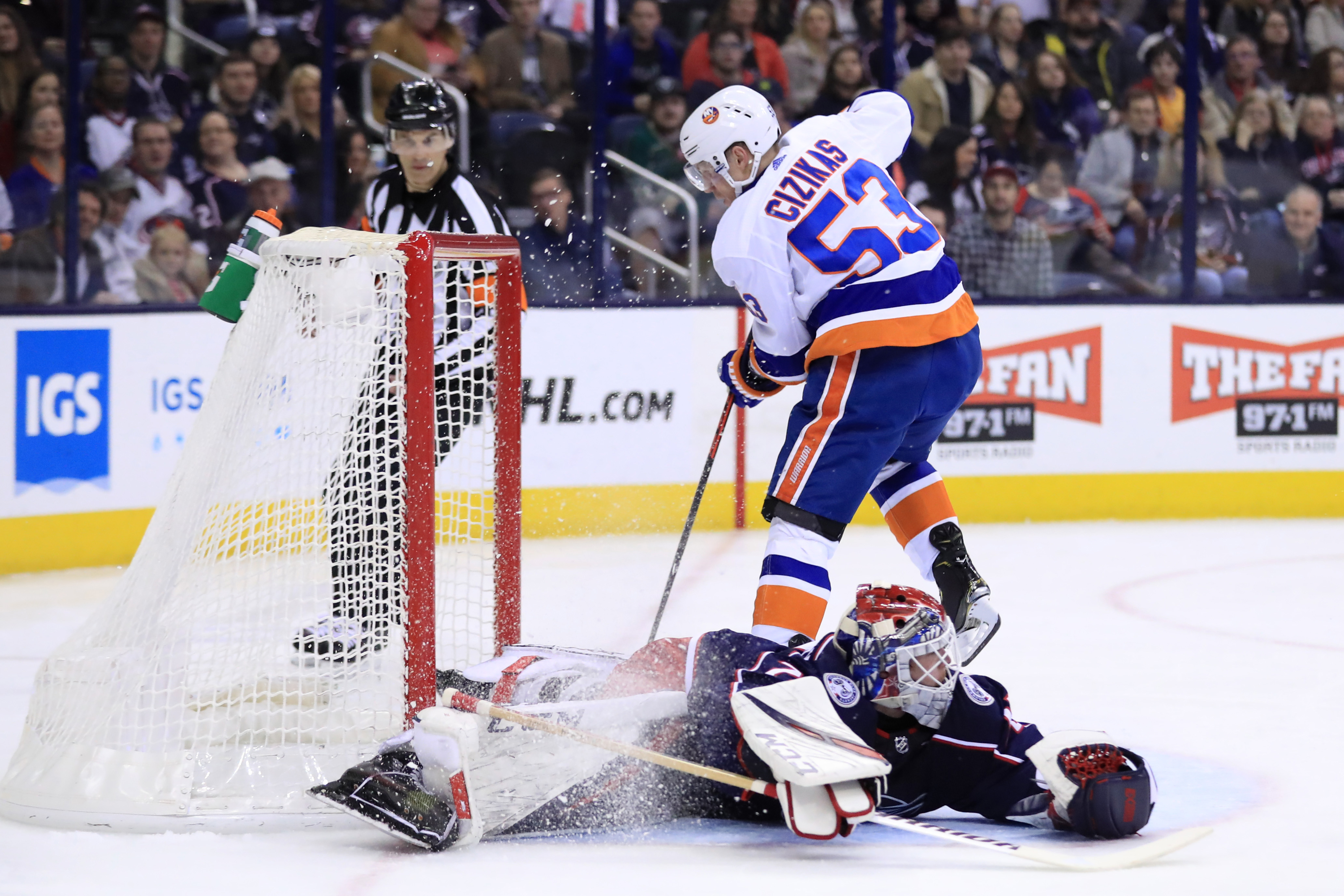 Islanders bounce back with dominant win over Blue Jackets

Considering the way the Islanders have played this season, head coach Barry Trotz probably didn’t take too kindly to the team’s effort on Tuesday night.

The Islanders responded on Thursday with a resounding 3-0 win over the Columbus Blue Jackets on the road to strengthen their lead in the Metropolitan Division over Columbus to seven points. The Islanders remain three points in front of The Washington Capitals for the division lead as well.

Casey Cizikas scored twice in the win and Josh Bailey also found the back of the net. Thomas Greiss picked up his 17th win of the year on a 31 save effort for the Islanders.

Thursday’s win marked the sixth consecutive start that Greiss has surrendered one or fewer goals and his performance against Columbus moved him past teammate Robin Lehner for the league lead in save percentage with a .930.

It was Cizikas who scored the opening goal 7:06 into the first period. Cizikas was able to sneak behind the defense and score on a breakaway to give the Islanders a 1-0 lead.

The Islander fourth liner found the back of the net for his second time early in the middle period. Another breakaway allowed Cizikas another 1-on-1 chance on Blue Jackets starter Sergei Bobrovsky.

The two-goal night was Cizikas’ third of his career and extended his career high in goals to 15.

Josh Bailey capped the night with a goal at 19:19 of the second period to put the Islanders up by three. Bailey backhanded a shot from Tom Kuhnhackl that bounced off the skate of Blue Jackets player and went right towards Bailey.