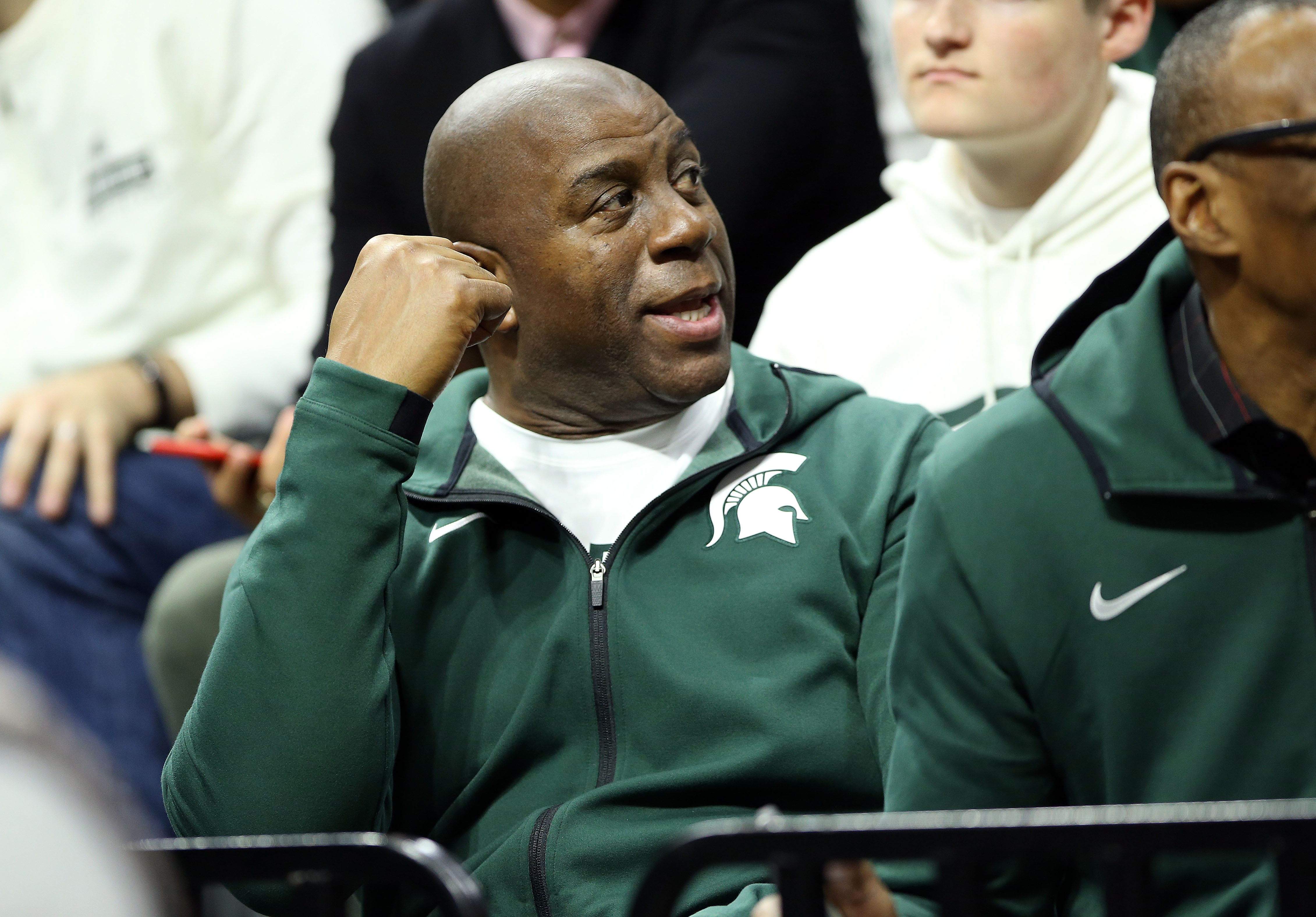 Lakers general manager Magic Johnson has been in the news a lot lately, for reasons that he probably isn’t fond of.

Johnson and his team got shut out on a potential Anthony Davis trade, as the Pelicans essentially hung them out to dry. Now, the Lakers are left with a roster full of a lot of young players that knew they were once on the trade block, with Johnson, LeBron James and superagent Rich Paul having orchestrated it.

It wasn’t tampering by definition, or at least it couldn’t be proven. Still, the NBA and everyone connected to it knows all too well that Johnson was behind it, so he’s being watched closely. As such, when he was asked about Kemba Walker’s impending free agency by reporters, he refused to comment about it.

Magic when asked about Kemba: “You know I can’t answer any questions about no players because every time I do it, I get fined.”