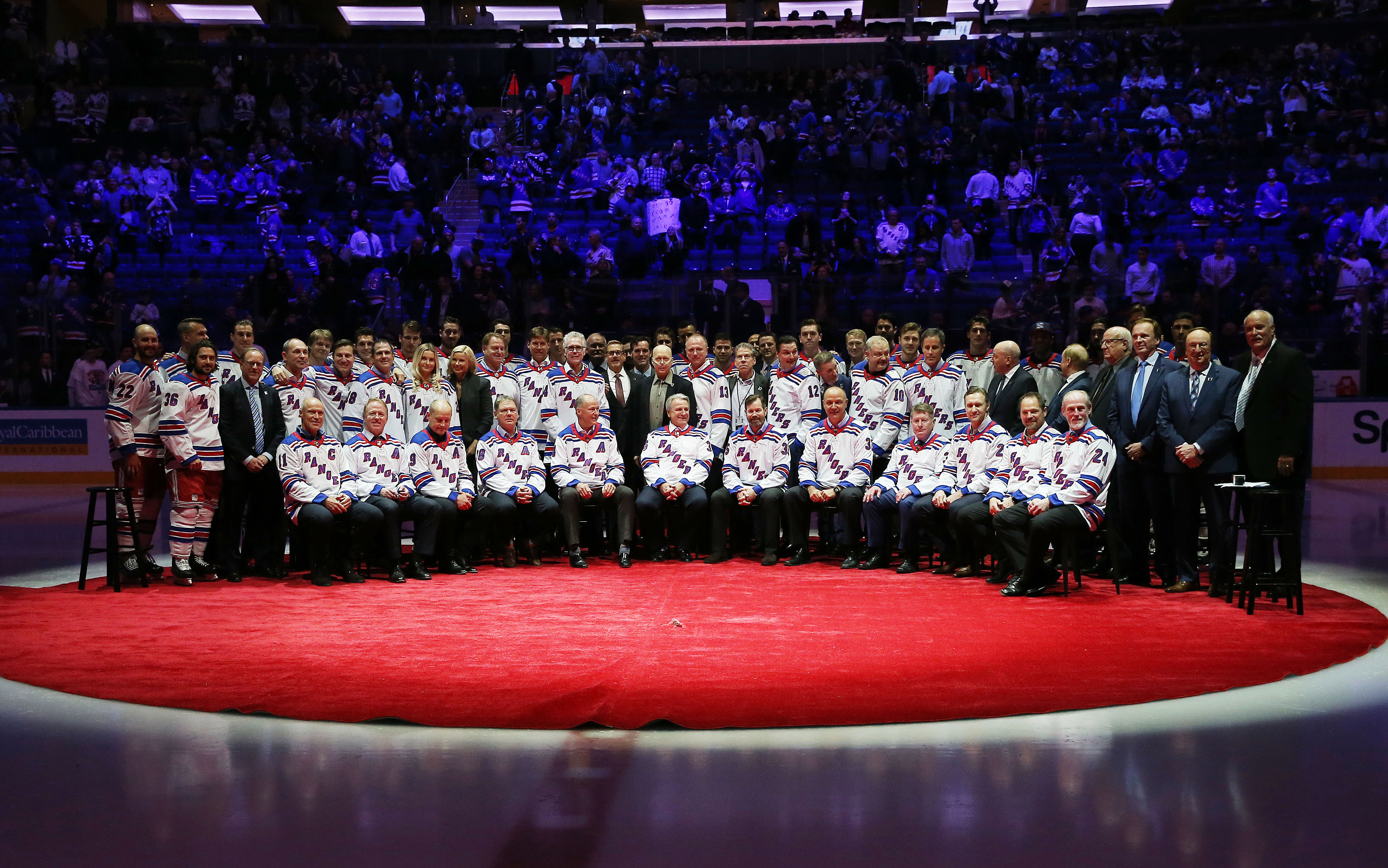 The spring of 1994 was an amazing time if you were a sports fan in New York City. The Knicks were making a run to try and claim their first NBA title since 1973. Their Madison Square Garden co-tenants, the Rangers, were trying to claim their first Stanley Cup since 1940.

Yep, 1940. Whether you were a lifer or a relative newbie, you knew about “The Curse.” Fans of the New York Islanders and New Jersey Devils certainly never let you forget, with chants of “1940.”

Neil Smith was hired to become general manager June 17th, 1989, and would get to work putting his indelible mark on the team. Only five members of the Cup-winning team were Rangers draft picks – Mike Richter (1985, 2nd round), Brian Leetch (1986, 1st round), Sergei Zubov (1990, 5th round), Sergei Nemchinov (1990, 12th round) and Alexei Kovalev (1991, 1st round). The remainder arrived on Broadway either through trade or free agency. “Iron” Mike Keenan was hired April 1993 in what would be his sole year as head coach of the New York Rangers.

It seemed fitting that two of the teams they vanquished along the way were of the two fanbases that constantly reminded Rangers fans how long it had been, with a sweep of the Islanders in the first round and a dramatic 7-game Eastern Conference Final with the Devils, replete with Messier’s game six “guarantee” in which he scored a hat trick and Stephane Matteau’s game seven double OT winner, forever memorialized by Howie Rose’s iconic call.

“The Curse” officially died on June 14th, 1994. The team was the toast of the town, honored in the Canyon of Heroes 3 days later with a ticker tape parade, five years to the day Smith was hired as GM. To be in the crowd, watching the conquering heroes go by on floats, is something never to be forgotten. Little did anyone know then, still on a parade high waiting for the Knicks to play game five of the NBA Finals that evening, that OJ Simpson’s notorious Bronco chase would wind up overshadowing the day.

It was certainly a time to be alive in New York, especially if you are old enough to remember it.

Flash forward to 2019, where the Rangers are in year one of an admitted rebuild after years of coming close – but never hoisting – the Stanley Cup. Prior to their 3-0 loss to the Carolina Hurricanes on February 8th, the Rangers honored the 1994 team with a ceremony to celebrate the 25th anniversary of the accomplishment. It can be a delicate dance to honor a legendary team when there’s been a drought since and the present team is in all likelihood on its way to missing the playoffs.

MSG Networks play-by-play man Sam Rosen and his former broadcast partner, the always-popular John Davidson emceed the event. All players attended, with the exception of Brian Noonan, who had a prior coaching commitment and late Alexander Karpovtsev, who perished in the Lokomotiv plane crash in 2011. His wife and daughter were there to represent him. Ninety-four Rangers fans lined the red carpet the players walked as each player was introduced. Fittingly, Messier was the lone speaker of the evening.

The current team was on the bench for it, and at the conclusion joined the ’94 team at center ice for a photo, before lining the red carpet that the honored guests walked down to leave the ice. The presence and incorporation of the present team gave them a glimpse of just how revered they would be if they were part of the group to break the current drought and hoist the Cup on Broadway.

From the ceremony to Henrik Lundqvist‘s Richter tribute mask; from the video of the late John Amirante providing the Star Spangled Banner to the “memories” vignettes for moments such as “The Save”, “The Guarantee” and “Matteau! Matteau! Matteau!” that played throughout the game during TV timeouts, the organization managed to strike the right chord with its presentation. It wasn’t over-the-top, yet it was still befitting of the team that slayed the proverbial dragon on that hot June day a quarter of a century ago.

Some of the memories are still vivid; others a little fuzzy, much like the video footage and the photographs captured on 35mm film from that time. Some might be grayer, heavier, balder. But for one night, Rangers fans got to feel young once more, even if it collided with the reality of the present. 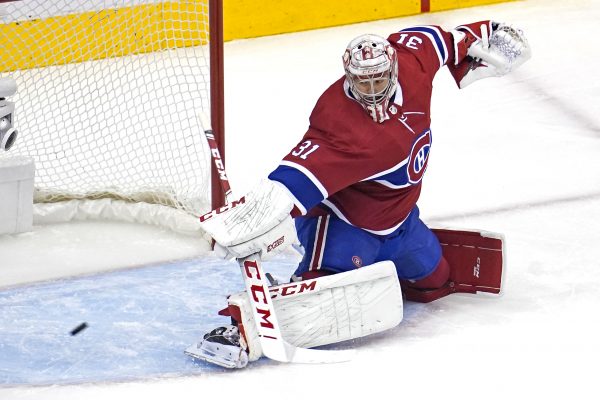 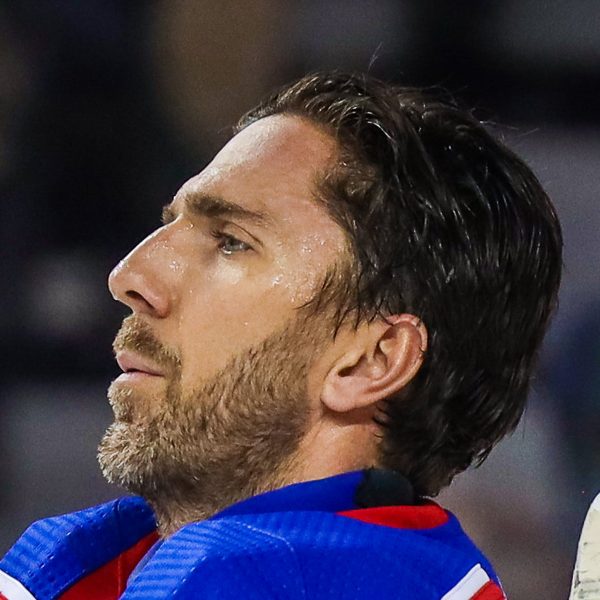 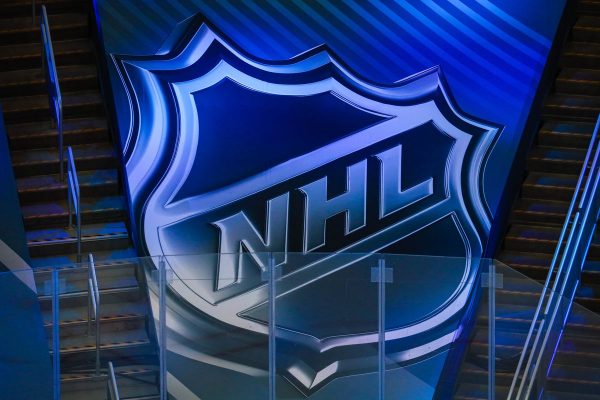 A Season of Change for the NHL