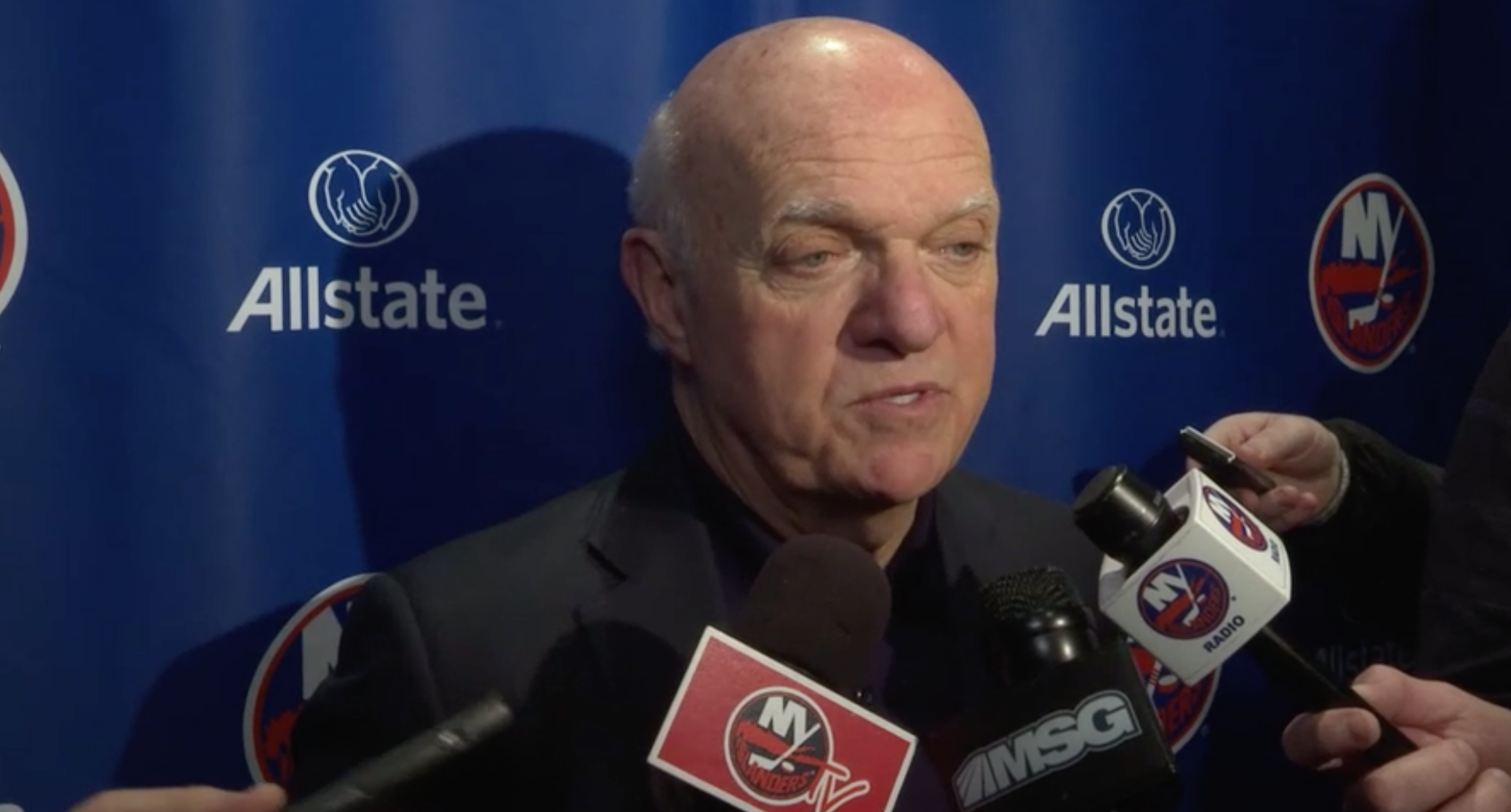 In case you haven’t noticed, the Islanders are doing pretty well these days. The Barry Trotz led team is sitting all alone in first place in the Metro Division, leading Trotz’s former team the Capitals, by three points with a game in hand.

When the team is neck and neck with the now archrival Toronto Maple Leafs for second in the Eastern Conference, maybe it’s best not to tinker with things. That seems to be one of the thoughts running through the head of Islanders’ general manager Lou Lamoriello. The Isles’ President of Hockey Operations told the media on Saturday that he’s “very comfortable with this hockey team.”

Why shouldn’t he be?

They have the NHL’s best record over the last two months, and have been the surprise of the league following the departure of John Tavares to the Maple Leafs this summer.

“This is the most difficult time of the season; everybody revs up at this time, and that’s what we have to do,” Lamoriello reiterated. “We can’t rest on anything. But let’s not apologize for the success that we have had, because it’s because of a reason.”

Everyone seemingly left the Islanders for dead. However, a balanced scoring attack, the league’s best goaltending tandem, and the worst to first defensive turnaround have the team where few thought they would be with 25 games left in the season.

The Isles do have one glaring weakness which could rear its ugly head in the playoffs, scoring. The team has scored 164 goals this season, which is second-to-last in the Eastern Conference. The only team with less are the Detroit Red Wings who sit third-to-last in the East.

If Lamoriello wants to upgrade his scoring attack, and add a first or second line scorer, he certainly can. Matt Duchene is available, as is Mark Stone who is having a career year in Ottawa.

The big fish, however, remains Artemi Panarin. It’s highly unlikely the “bread man,” as he is affectionately called, will return to Columbus. The Blue Jackets are going to want something of substance in return for their star player. Kieffer Bellows, Bode Wilde, Oliver Wahlstrom, Parker Wotherspoon; all these names may be bandied about as the trade deadline approaches in under nine days. Whether the Isles give up something of this nature for a bonafide star like Panerin remains to be seen.

It may be exciting to see the Isles in the thick of things come deadline day, but don’t count on Lamoriello giving up big pieces for a rental. If Panerin comes to the Island, he would likely have to come with a contract extension.

Lamoriello is famous for playing his cards close to the vest. So, just because he says one thing, does not mean he will turn around and do another. One thing is for certain though, he is very proud of his team and what they have done so far this season.

It surely isn’t close to being over, as a champion won’t be crowned for nearly four months. The Islanders — in contention for their first division title/home-ice advantage in 31 years — could make one major step towards a fifth parade down Hempstead Turnpike by adding one more big piece.

After Saturday, the team has just three games left between now and the deadline. As Lamoriello said today, “right now, we’ll just see how things come out.” Buckle up fans, this could be a wild ride.