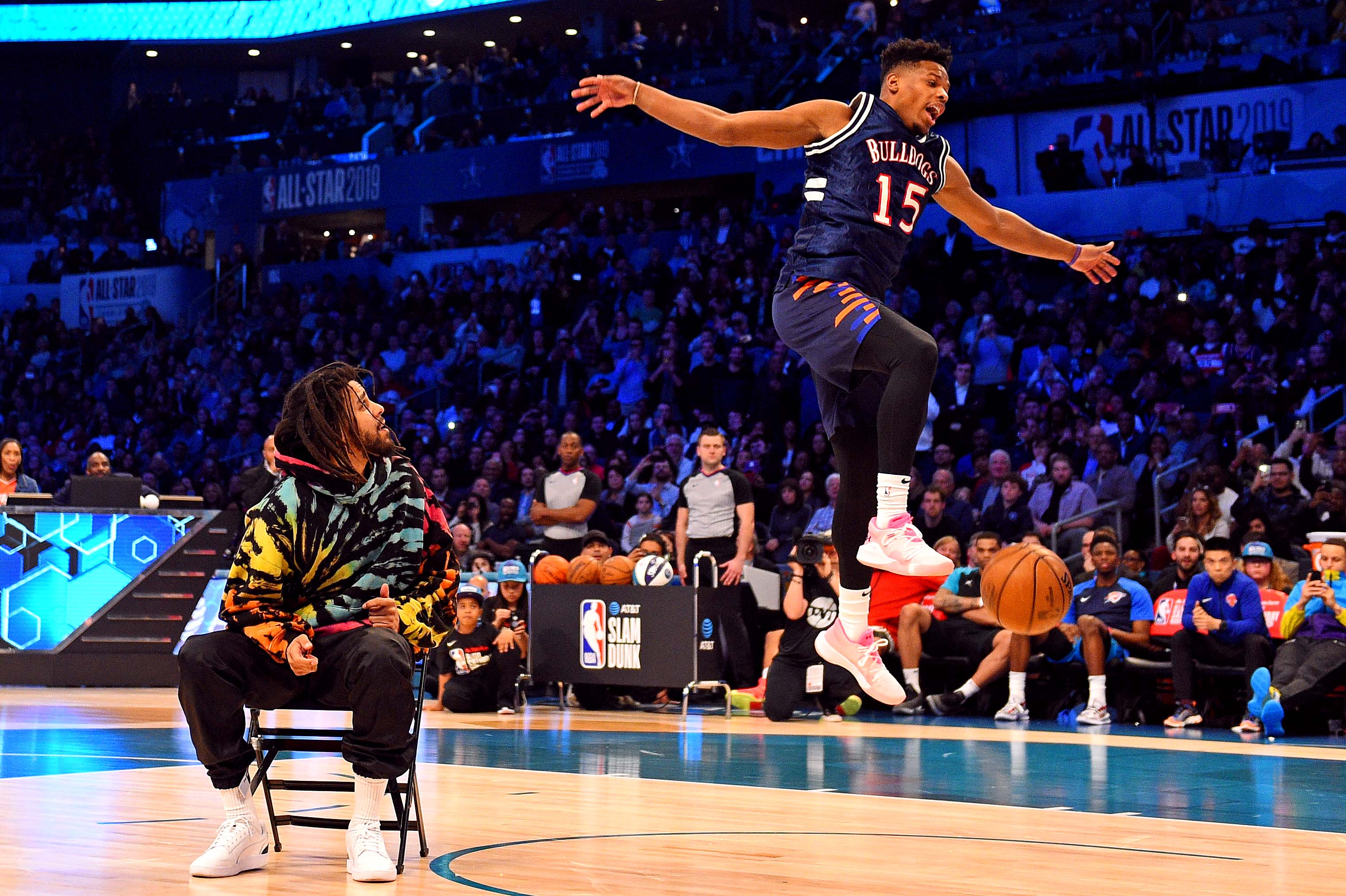 Dennis Smith Jr. is now a member of the Knicks, and given all the musical talent in the city, he called on a popular rapper to help him in the NBA Dunk Contest on Saturday night.

Smith sought out rapper J Cole, who was seated courtside for the action, with a flashy shirt that made it easy to notice him. Smith found him immediately, and then had the rapper sit on a chair. Not only that, he got a hold of J Cole’s high school basketball jersey, which he put on, then readied himself.

J Cole sat patiently, and then as Smith approached, he tossed the ball up, and the Knicks guard reached back and perfectly slammed it home with authority.

That sick dunk earned him a 50, and a trip to the final round.