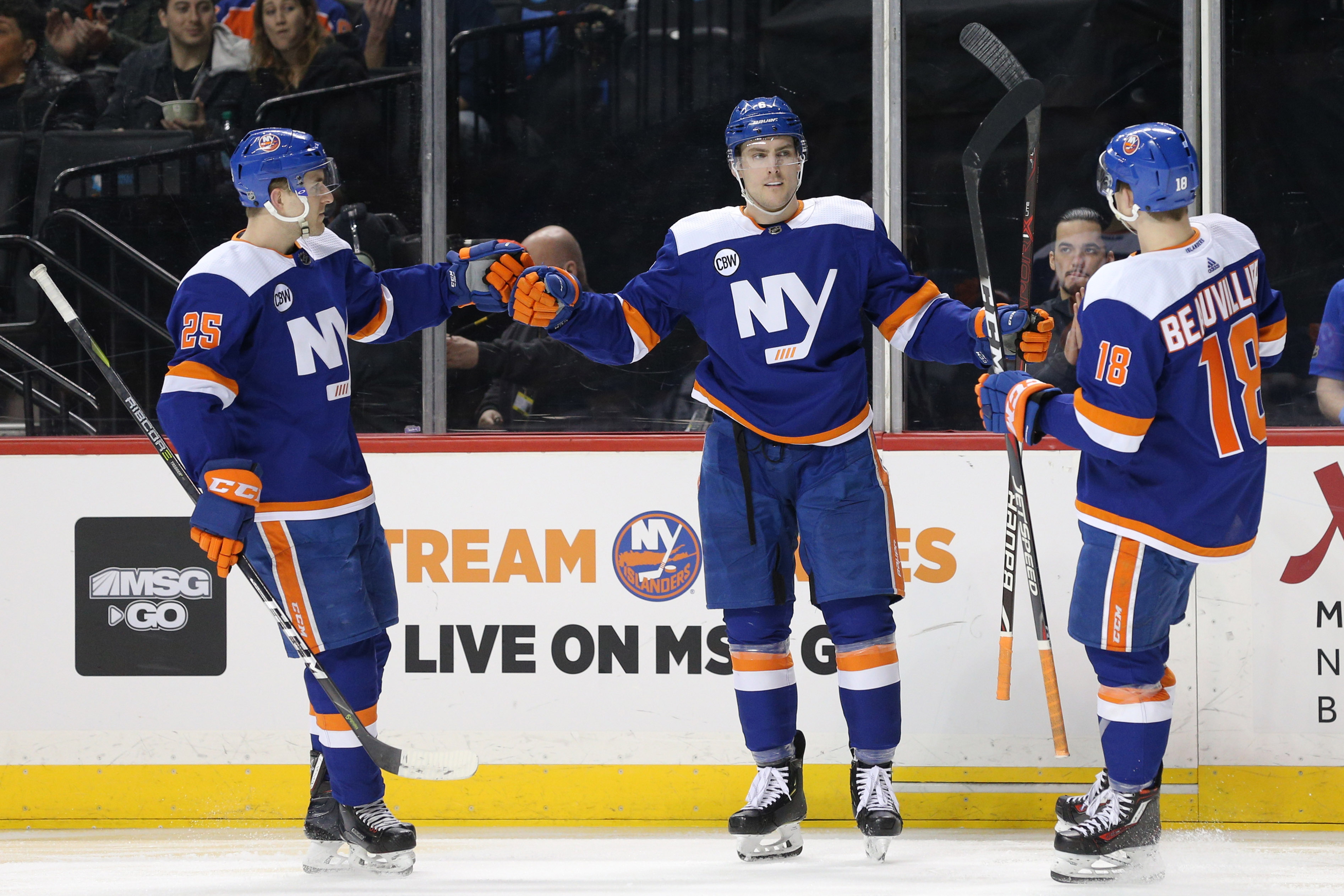 NEW YORK — Put another win in the books.

The Islanders continued their successful stretch on Saturday night with a 5-2 win over the Edmonton Oilers at the Barclays Center, capping off the team’s regular season run at the Brooklyn venue on a high note. The Islanders are 6-2-1 over their last nine games and are five points in front of the Washington Capitals for first place in the Metropolitan Division.

The Islanders withstood a late-game push from the Oilers and scored two goals in the final four minutes to secure the team’s 35th win of the season.

“It wasn’t a full game by us and we kind of gave them a lot of opportunities,” Anders Lee said.  “I got a few bad penalties in the third, but that happens and our PK did an unbelievable job and we had some timely goals. Two points is two points and good to close out here at the Barclays and get ready for this western road trip.”

Even with an effort that wasn’t complete in the eyes of the Islanders captain, New York managed to come away with another big two points in the standings. And the Islanders stepped up when they needed to on Saturday night.

Robin Lehner made 34 saves for the Islanders, which included 13 in the third period as the Oilers were trying to mount a comeback. The Islanders also finished the night having blocked 16 shots.

“It’s just a little bit of belief,” head coach Barry Trotz said afterward about winning the game despite some adversity. The Islanders bench boss felt the Islanders were back on their heels to start the game, but Lehner helped with several saves early on.

“We bent, but we didn’t break. We got some saves,” Trotz continued. “We just managed it and then we started to get our legs under us the last five or six minutes of the first. The second period I thought we came out a little bit better. … Our penalty kill stepped up when we needed. We got a couple of big saves as we always do. We were led by our leadership again.”

Among those leaders was Anders Lee, who scored for the first time in 12 games to give the Islanders some needed cushioning in the third period. Lee also dropped the gloves with Darnell Nurse in the second after exchanging some crosschecks with the Edmonton defender.

It was the Islanders on Saturday who opened the scoring. Ryan Pulock scored on the power play 3:02 into the second period. The goal was Pulock’s sixth of the season and his third in the defender’s last five games.

Valtteri Filppula scored later in the second to put the Islander ahead by two, but Ryan Nugent-Hopkins scored with just seconds remaining in the middle period to cut the Islanders lead to 2-1.

“Winning is fun,” Josh Bailey said. “I think we’re enjoying it. We’ll put in the work when we need to. We have a group of guys that are all willing to do what it takes and it will have to stay that way.”

The Islanders will hit the road this week for a three-game road trip out west. They will return to the area the following week for games against Calgary and Toronto.

The two home dates kick off a stretch where the Islanders home games will move exclusively to the Nassau Coliseum.

“That part will be nice,” Lee said about playing in just one building to close out the season. “This has been our home (Barclays Center) and we’re used to coming here. All the little things that come with it. No change on that front, but it will be nice to just know from here on out that we’re at the same spot.”