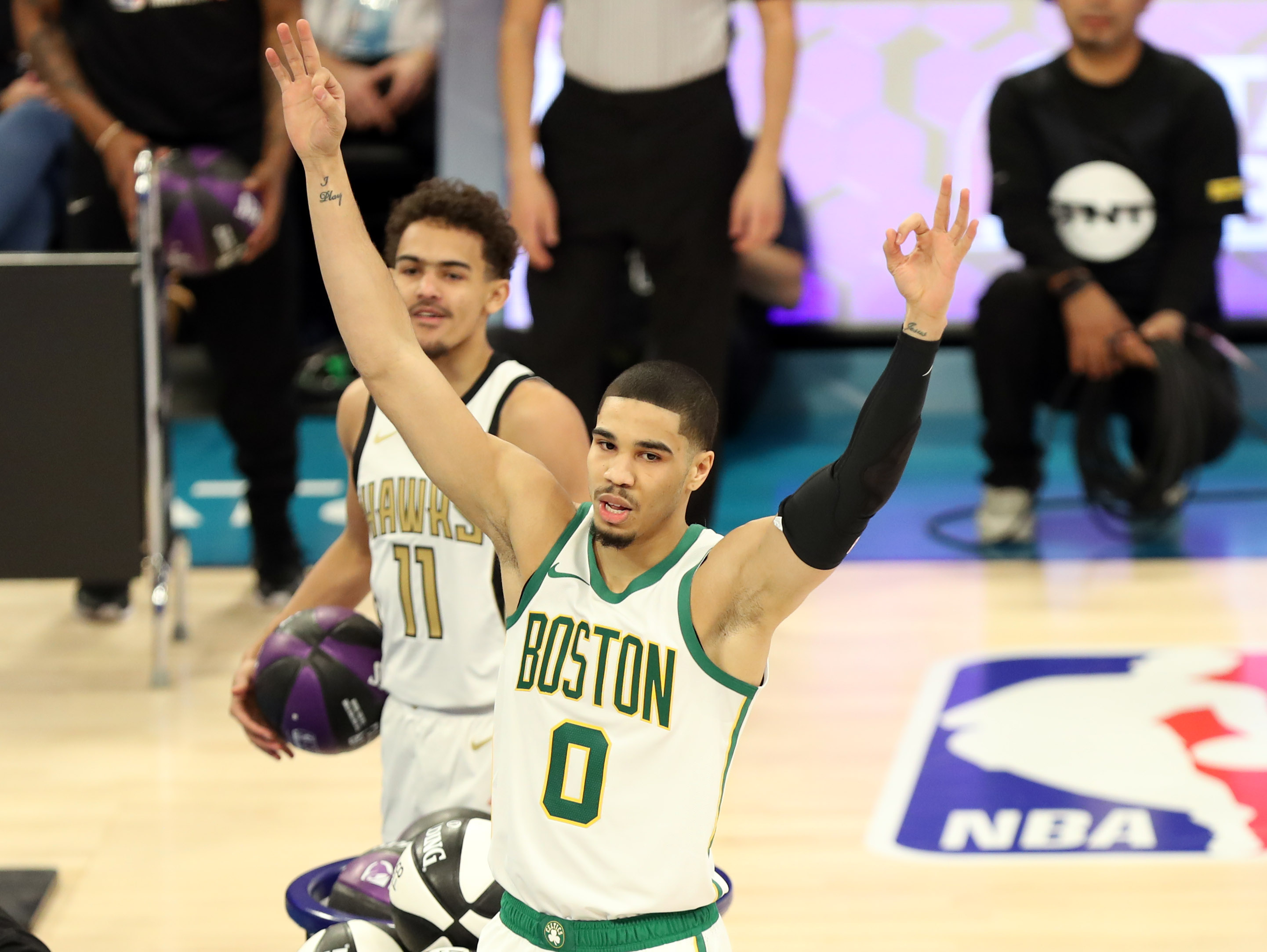 Hawks rookie sensation Trae Young used his speed to come out flying right out of the gate in the final round of the NBA All-Star Weekend Skills Challenge, and it appeared Jayson Tatum was in trouble.

Tatum had a big hole to climb out of, as once Young gets going, he’s tough to track down. Announcers were even saying “it’s over,” as it appeared that it would be nearly impossible for the Celtics forward to catch the Hawks guard, unless he missed his shot attempt.

The thing is that it wasn’t.

Tatum never quit, and when Young pulled up to attempt his three-pointer, his counterpart tried to bank the ball in off the backboard from half court. Tatum timed his shot perfectly, and the ball not only bounced in, but also knocked Young’s out. And Tatum won the event in astounding fashion — stunning Young.

Jayson Tatum didn't even break his stride on this shot… pic.twitter.com/pjhSaK7Gkc

He had a great quote about it afterward.

"I didn't want to give Trae Young a chance, so I just threw one up there and hoped it went in." -Jayson Tatum w/ @nytimes @TheSteinLine #NBAAllStar #CUsRise