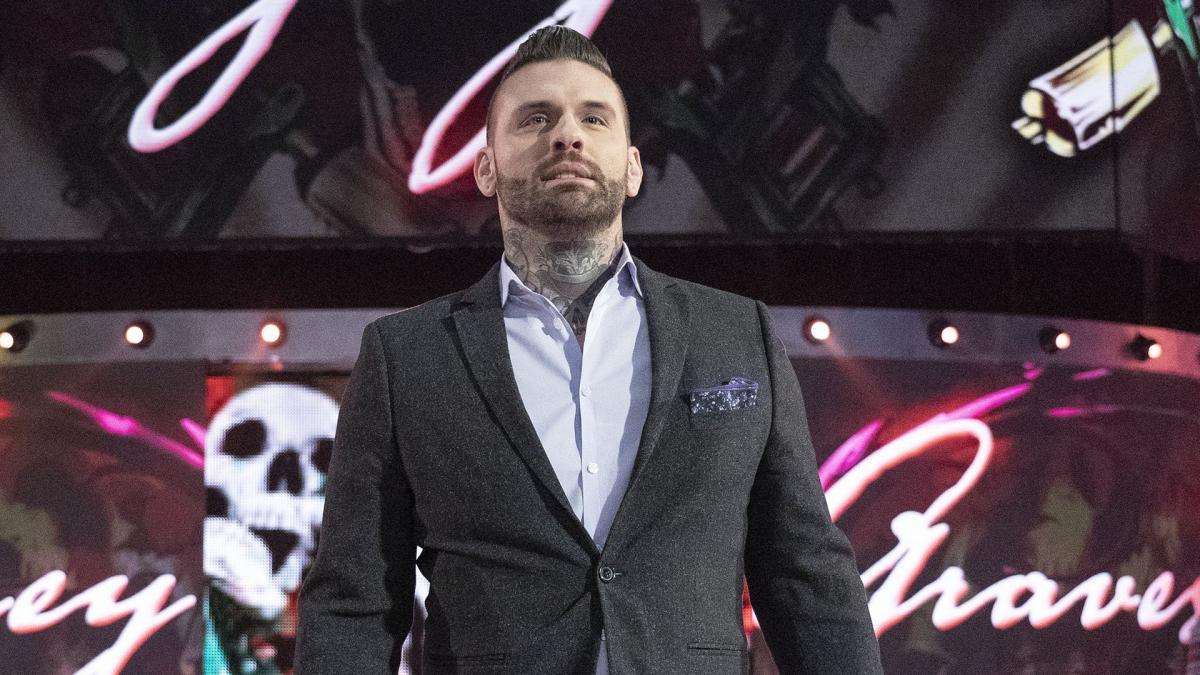 Although the personalities of professional wrestling personnel have been traditionally portrayed as “larger-than-life” characters, each do have a personal life that comes with highs and lows. Recently, the wrestling world was exposed to this regarding Raw and SmackDown Live color commentator Corey Graves.

According to recent texts revealed publicly, Graves is having some major tension with his wife, Amy Polinsky. In a very emotional state, Polinsky stated that Graves is sleeping with former SmackDown Live Women’s Champion Carmella.

Polinsky expressed her deep hurt regarding the situation.

“This may be totally below me to do this but I’m hurt. I’m sad. I’ve put 11 years into supporting a man to accomplish his dream only for him to punch me in the gut! I’ve been through suicide attempts, alcoholism, among so much more with him and stuck by his side. The kicker is finding out that he’s been sleeping with one of my daughters role models all along. Carmella and Corey I hope you guys are happy. I really do!”

Polinsky also showed screenshots of a conversation between her and Graves, where Graves is making suggestions that he does not want to live anymore. Graves made statements such as, “I’m dead”, “I think this is it for me”, “I just want to fade away”, and “I don’t want to wake up anymore”.

Graves made a profound statement that showed his regret, stating, “Legit, I can’t do any better than what I’ve got.”

Although this situation is very unfortunate if it is indeed verifiable, social media has doubled down on their condemnation of the former NXT Tag Team Champion. Hate-filled comments such as “Your wife is hot. You f**ked up big time”, “he had f**king kids with the women who see their dad as a cheater”, and “what a piece of s**t of a person you are”, among others, are flooding Graves’ Instagram page.

Last year after WrestleMania 34, Polinsky expressed that she felt a rekindled state in their marriage, and displayed a picture of them smiling. Polinsky stated, “I think someone cast a spell on us in New Orleans. We came home and have been like newly weds ever since.” Polinsky also posted a picture of the two months later, stating, “Without you I’ll be miserable at best.”