Your Morning Dump… Where it's All-Star break, but the Davis drama continues 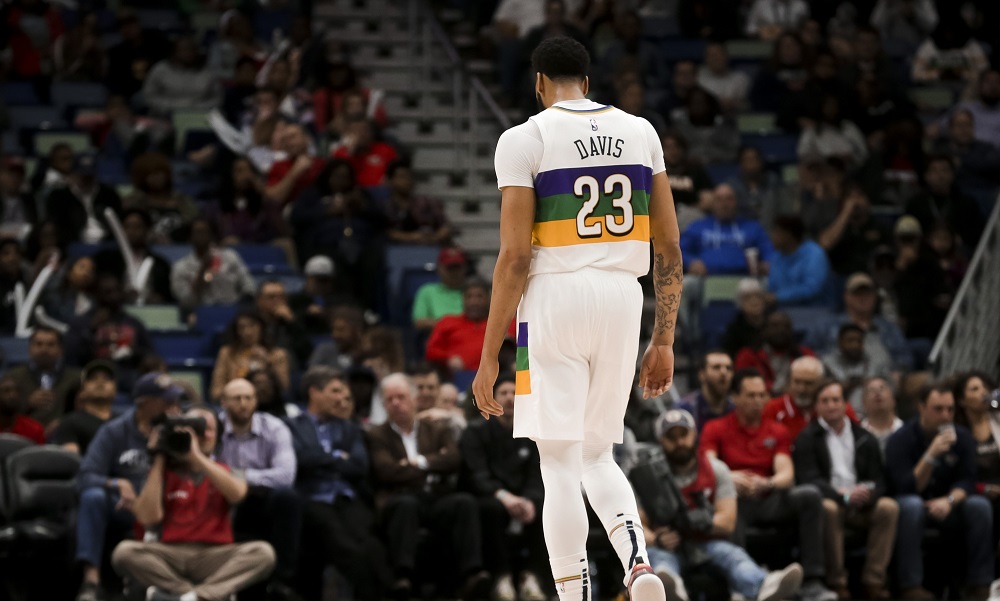 Your Morning Dump… Where it's All-Star break, but the Davis drama continues

Trades are easier to make when the people involved have a good relationship. Ainge and Demps have a history together, negotiating a deal in 2015 (a three-team deal where Boston sent Jeff Green to the Memphis and also acquired Austin Rivers from New Orleans. This, is also the deal in which Boston acquired this year’s Grizzlies first round pick). Demps is the guy Ainge has been talking to throughout this process. He’s the guy who decided to wait, in part, to see what Boston has to offer.

The new General Manager may not have the sour history with Rich Paul and Klutch Sports that Demps has. The new GM comes in with a clean slate and fresh perspective, and that new person might value the Los Angeles Lakers assets differently than Demps. It’s presumed Boston’s assets trump LA’s, but the new GM might not agree.

The entire Davis situation has been poorly handled on all sides and it cost Demps his job and perhaps Davis a retired number in New Orleans.

It will be a major story line Saturday if Davis practices freely with his teammates at the Team LeBron All-Star workout, despite the shoulder injury. Davis is also going to have to address the national media for the first time since his trade demand and explain his actions and intentions for the rest of the season.

Will Ferry shut down Davis for the rest of the season? Will Gentry last the season? Will the NBA intervene and mandate that a healthy Davis play for the Pelicans? For a player who was considered one of the NBA nice guys before this chaos, Davis’s reputation has taken a hit because of his decision to make an in-season trade demand.

Just when we thought the Anthony Davis saga might move to the back burner, the temperature quickly returned to a boil on Friday. There was no guarantee that Demps would trade with the Celtics, but at least the Cs management knew him. Now it’s a crap shoot as to who the future potential trade partner might be.

Then there’s still another angle that could complicate the situation even more.

Zarren would be a fascinating choice for the Pelicans, who have the tall task of trading superstar Anthony Davis this offseason. Boston is expected to be one of Davis’ top suitors, and Zarren obviously has a close relationship with Celtics president of basketball operations Danny Ainge that would aid immensely in those negotiations if he takes the job.

Whether Zarren would leave Boston is a different story: The lifelong Celtics fan and longtime season ticket holder has been with the organization for 14 years and turned down a golden opportunity to be the Philadelphia 76ers’ general manager in 2013.

For now, Zarren taking the Pelicans job seems like a long shot. But it’s still a development worth monitoring, as he’s a salary cap expert who plays a crucial role in Boston’s decision-making.

At this point, all we know for sure is that Kyrie Irving and Davis are teammates for the All-Star Game tomorrow night. Each one may or may not play due to recent injury. Meanwhile, Kyrie has to sell The Brow on coming to Boston and not joining LeBron in LA. If everything works out, Kyrie will have the plot for “Uncle Drew 2.”

Related – NBC Sports Boston: What does the Pelicans’ dumping Demps mean to the Celtics in their pursuit of Anthony Davis?

On Page 2: Celtics in Charlotte

Kyrie Irving and Jayson Tatum repped the Cs in the Rising Stars game at the All-Star Weekend on Saturday. The best moment came during the morning practice, when Tatum’s little son made a special appearance.

Motivated to acquire an additional 2035 draft pick earmarked for @duecetatum☘️ @jaytatum0 May still be ballin https://t.co/KpgWhmmUU5

For some reason, Kyrie was an assistant coach of the USA team, which topped the World, 161-144, in a totally forgettable game. Tatum scored 30 and played tenacious defense. (Just kidding, only one of those things is true.)

Finally, somewhere Antoine Walker was smiling during the celebrity game.

Ray Allen was MADE for a 4-point line 💰 (via @MiamiHEAT) pic.twitter.com/8A0U2cl5Hs

(Toine was once asked why he shot so many threes; he famously answered: “Because there are no fours.”)

And, finally… What about Mike?

Ralph Lawler is no doubt one of the best local announcers in the NBA. He’s known for inventing Lawler’s Law: the first team to 100 points will win the game. He’s also going to retire after this season, so it’s timely that he receive the Gowdy Award, which honors media members whose longtime efforts have significantly contributed to basketball.

But the question I ask every year is this: What about Mike Gorman?

Mike and Tommy Heinsohn have been a team since 1981 – no duo has ever been together longer. How many big games has Mike called in those 38 years? And everyone loves the guy. Find one person who has ever said a bad word about him. You can’t.

Meanwhile, recent Gowdy Award winners have included broadcasters such as Max Falkenstien, Al McCoy, Jim Durham, Bill Schonely and Woody Durham. You say you never heard of them? Exactly. Taking nothing away from them, it’s likely more NBA fans are familiar with Mike.

Seeing as how Tommy has been inducted twice (as a player and a coach), it would be wonderful if his broadcast partner could get his own well-deserved honor. Maybe they could even be saluted as a tandem. Just wait till next year.

Herald: Bulpett: Danny Ainge, Celtics would rather not think about bullet they may have dodged in 2015