Aaron Altherr Deserves One More Season, In Philly Or Elsewhere 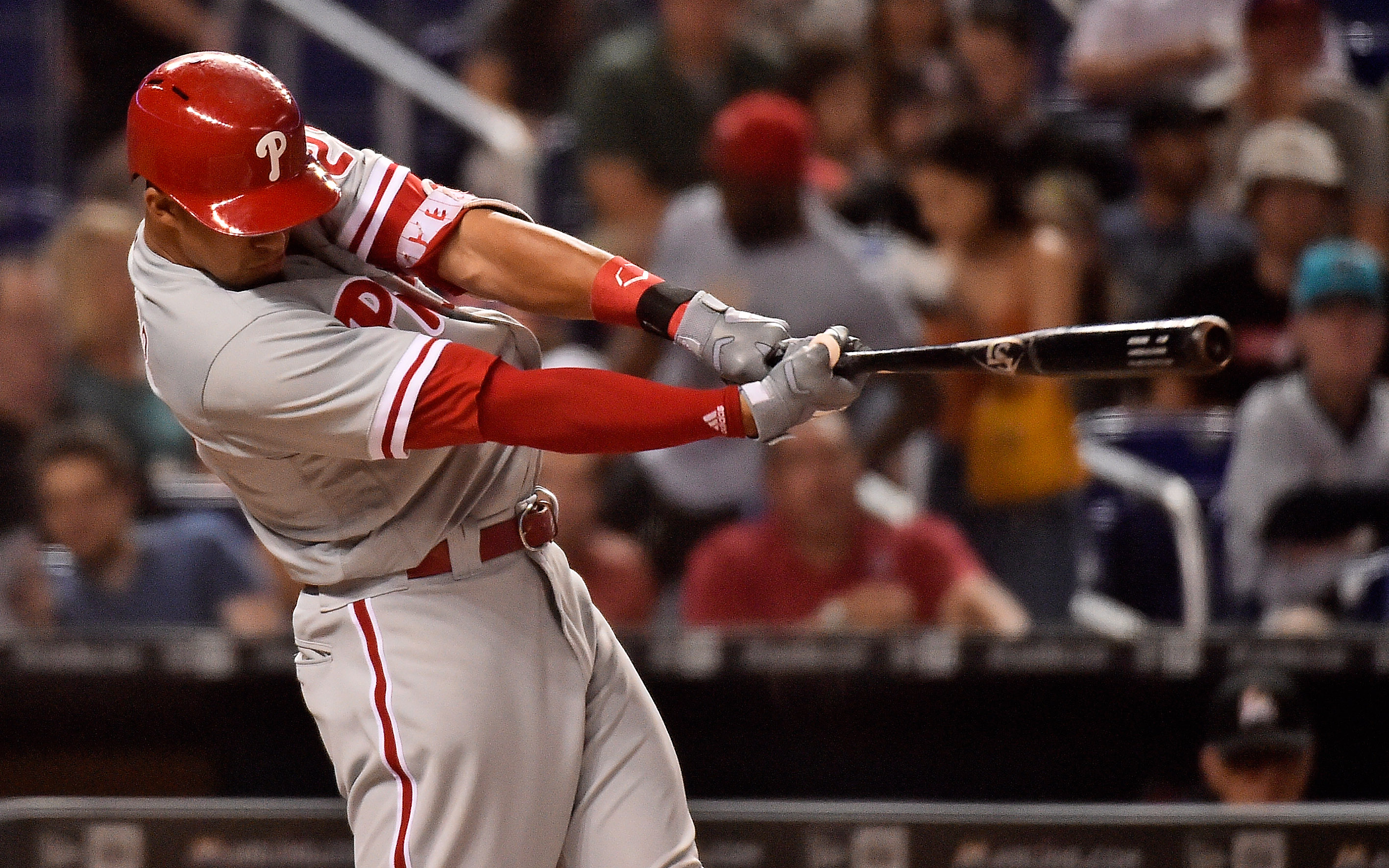 Aaron Altherr Deserves One More Season, In Philly Or Elsewhere

Typically, when a 9th-round pick reaches his age-28-season following 2 of 3 seasons with an OPS under .630, they don’t play much the next season. That’s especially true for primary corner outfielders on teams expecting to contend. Aaron Altherr might represent a unique situation, then. Recently, Phillies manager Gabe Kapler noted that 2 outfield spots are up for grabs and Altherr has a chance to be a starter on Opening Day. Of course, it’s more likely than not that he doesn’t have a meaningful chance, even before the possible signing of another outfielder. If injuries happen to strike though, it might not be so crazy to give significant playing time to Altherr over the likes of Nick Williams or Roman Quinn.

The hope is that Altherr finally breaks out. Or maybe not “finally”, as he was worth 1.7 bWAR in 107 games in 2017. At a point, it seemed as if Altherr had a shot at playing in the All-Star Game, yet injuries derailed him later in the season and cut his breakout season short. Injuries are a big reason why there could still be a chance that he represents a candidate for a late-career breakout. With recurring injuries throughout his MLB career keeping him from ever playing a full season, it’s been hard to find consistency and improve. Should he stay healthy, Altherr may finally have the chance to get in a groove.

Altherr certainly has the skills to become more than just a bench player. He’s struggled with making contact, but if he figured that out he has the rest of the game to make him an above-average player. He showed the potential that he had in early 2017 when he had a 144 wRC+ by the end of May. That was clearly unsustainable at the time, but he showed his ability to walk and hit for power when not striking out much.

Statcast measures show his true power and speed potential that he brings to the table. Even in a poor 2018, Altherr ranked 33rd among hitters in max exit velocity, showing he has as much raw power as names like Miguel Sano and George Springer. His average exit velocity was over 90 mph, ranking 52nd out of 332. Even more exciting, his average exit velocity on line drives and fly balls ranked 17th, next to Khris Davis and Justin Upton. He hasn’t even hit 20 home runs in a single season in his career, but he clearly has the potential to do as much damage as the stars.

On the basepaths and in the field, Altherr has quietly shown an ability to be a threat with his legs. Although he has never been a stolen base threat, Altherr’s recorded sprint speed was 29.0 mph in his first healthy season in 2018. That ranks 47th in all of baseball, above known speedsters Jarrod Dyson, Whit Merrifield, and Dee Gordon. Altherr has always been more of a corner outfielder, but his speed and defensive metrics suggest he could handle center field if asked to fill in.

The combination of power and speed in Altherr’s game is surprisingly elite. There is not a single player with both a higher sprint speed and a higher average exit velocity on balls in the air as Altherr, not even Mike Trout. Obviously, this does not mean Altherr is the best player in baseball, but he has the ceiling of an All-Star if he can overcome his durability, strikeout, and groundball problems.

If Altherr wants to translate hard-hit balls into productive extra-base hits, he’ll need to hit less than 47% ground balls like in 2018 (he hit only 43% in his best season). More importantly, the tall outfielder needs to make contact more often. 2 out of the past 3 seasons have ended with a K% of over 30%, his whiff rate has risen to over 13% in 2018, and he has particularly struggled against high fastballs and changeups. There are successful hitters with high strikeout numbers, but it always helps to put more balls in play.

Overall, the potential that Altherr brings to the table is greater than younger players in Nick Williams and Roman Quinn. After the last season, it seems unlikely that Altherr stats out with a starting role right away, even without Bryce Harper on the team for now. But maybe he should be given a platoon role, hitting against left-handers for Nick Williams. PECOTA (a projection system) doesn’t think it’s too crazy to start Altherr, as they project him to have DRC+ of 6 points higher than Williams, and with better defense as well. Even with his poor 2018 numbers, Altherr had a .316 xwOBA once adjusting for batted ball luck, which is worse than Williams’, but not too bad.