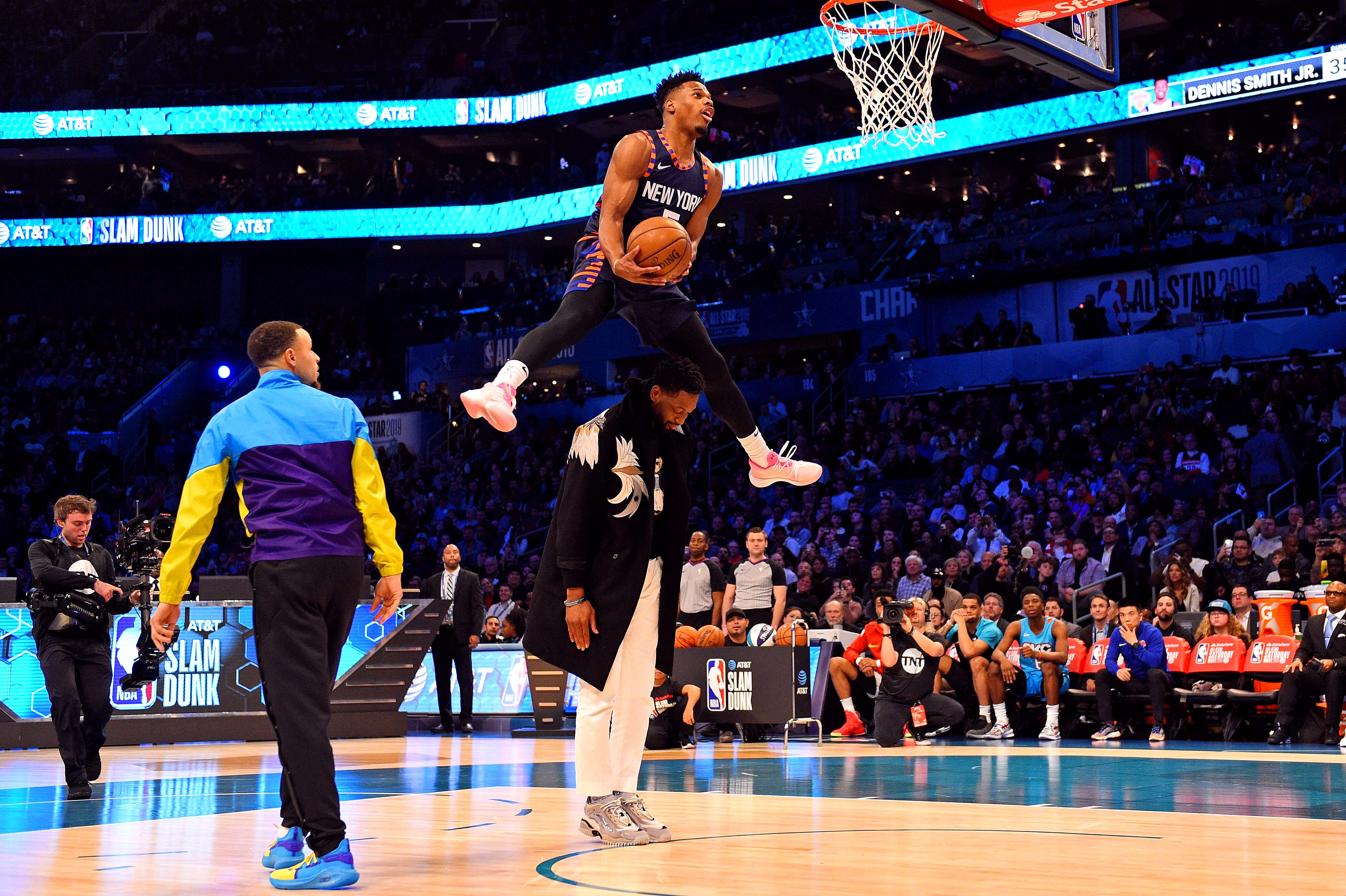 Dennis Smith Jr. was the favorite to win the NBA All-Star Slam Dunk Contest on Saturday night, so he brought out the big guns.

By that, we mean he jumped over a former NBA Finals MVP winner, and it was fun to watch.

Smith qualified for the final round, in which he squared off against Hamidou Diallo. One of his dunks involved jumping over Dwyane Wade, who is in his last season in the league, then throwing down a powerful slam. Check it out in the video below.

Smith did go on to lose to Diallo, but that dunk was nice.