Eagles' tradition of modern offseason training goes back to Vermeil 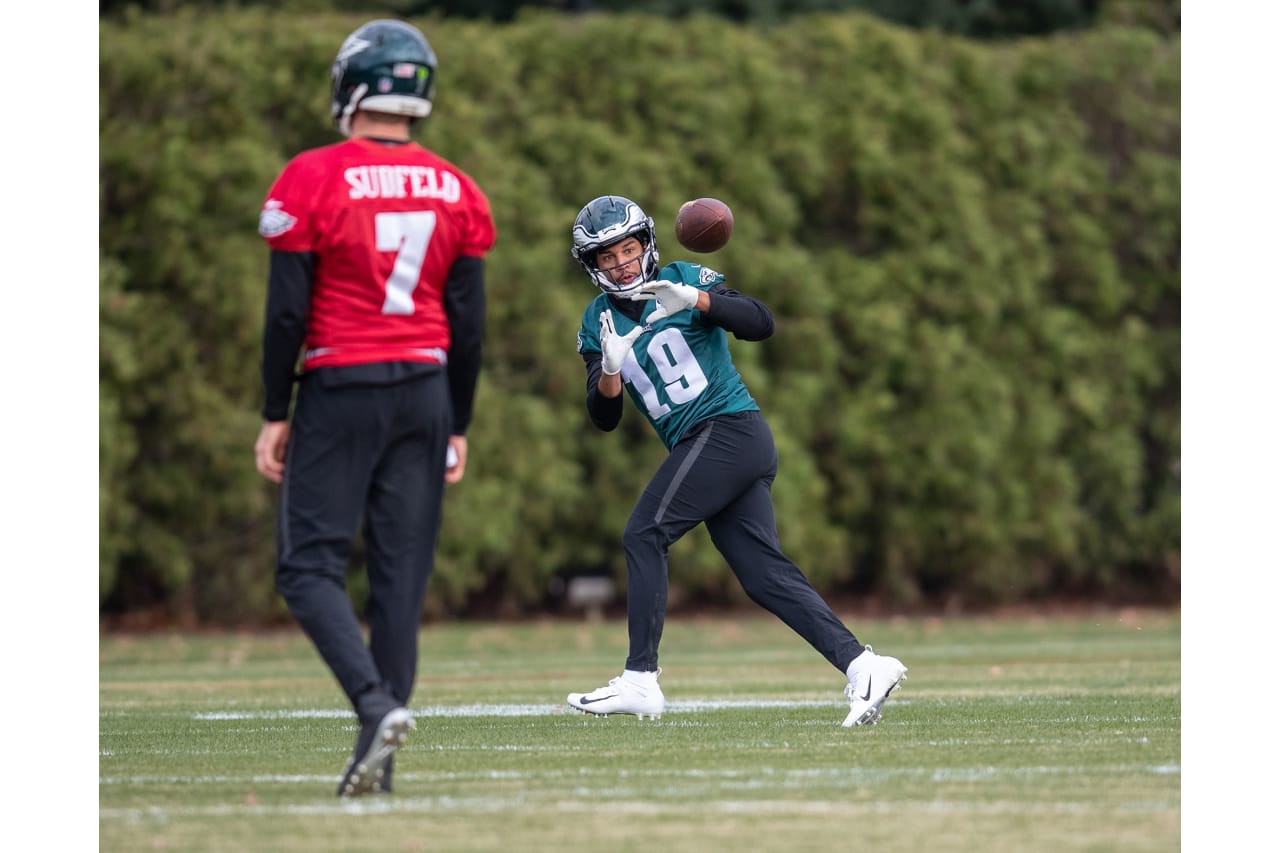 Eagles' tradition of modern offseason training goes back to Vermeil

Used to be winter months were a time for most Eagles players on the team roster to kick back and take it easy. Sitting on a beach for a week and doing nothing else was the traditional prescription for beginning an offseason training program. By March you’d throw in some regular jogging, maybe some power lifting at your local gym, play some pick-up basketball.

All that changed when Dick Vermeil took over as head coach in 1976. Strength and conditioning drills during the winter became a full-time job requirement.

The Eagles and the league today could never get away with what Vermeil established as his “gold standard” of preseason conditioning—the players’ union under the most recent CBA would never allow it.

Of course, tied in with Vermeil’s insistence on improving his team through the most physically demanding offseason training regimens was getting his guys ready for the most grueling training camps ever to be run in the NFL.

Vermeil introduced two-a-day, three hours each, full-contact hitting practices. He woke you up at 6:30 in the morning at the dorms at Widener College by pulling a fire alarm. Breakfast was followed by hard contact drills until 11, followed by lunch and (for most players) a short nap. Then another 3-hour full pads, full-contact session until 4 P.M. After that, shower then dinner, followed by two, maybe three more hours of meetings.

All of this in the summer heat and humidity of the Delaware Valley…ten pounds of equipment turned to twenty with all the sweat by the end of a three hour session. Water breaks were strictly limited—the science of hydration was not a thing yet.

Players hated it. They hated Vermeil at times for it. Vermeil would bring in anywhere from 85 to 120 players to training camp. After a week of training camp, at least 10 players basically released themselves, walking out of camp with their suitcases in hand without a further word.

None of this would fly today. Vermeil, despite his patrician Napa Valley looks and infectious smile and emotional connection to his players, was a blue-collar mechanic who saw a football team as an engine which had to be pulled from the old chassis, torn down and rebuilt from the ground up.

Vermeil called it “building character”. His players called it torture.

Anyway, Vermeil tried to prepare his roster for what was coming by sending out prescribed offseason workout requirements to each player in January based upon that player’s position group.

Today the Eagles continue that tradition with a workout schedule that is “scientifically” balanced by equal factors of stretching, running, lifting and rest. Lifting workouts are structured into supersets, each consisting of a strength movement followed by a stabilization exercise. Weight, sets and reps are moderate. The main idea is to maintain muscle mass and reduce body fat, and to correct muscle imbalances caused by injuries sustained during a grueling season.

With Vermeil, however, it was all about increasing endurance beyond the limits of discomfort and pain.

For example, if you were in the wide receivers group, here’s what Vermeil told you to do every day from January until July when training camp opened:

Any of you guys ever try this at home? It’s hellish. Your legs will shake uncontrollably after two sprints. After ten your lungs will burn so hot you pray for a merciful death.

Ironically Vermeil himself “burned out” after a seven-year run with the Eagles due to the accumulated stress of his own demanding work schedule, which basically entailed 7 days-a-week, 20-hours a day of nonstop football activity. But the legacy he established of turning Eagles football into a full-time year-round profession remains.

As tough as Vermeil’s offseason conditioning requirements and his training camps were, there was one head coach in his era who was tougher.

Frank Kush (who recently passed away at the age of 88) coached at Arizona State before taking over the Baltimore Colts from 1982-1984. Kush did everything Vermeil did in terms of pushing the limits of physical conditioning, but he also added the one ingredient Vermeil would not tolerate—psychological abuse.

During his time at Arizona State (1955-1979), Kush was known for being one of the most physically demanding coaches in the game. He was notorious for abusing his players both physically and emotionally. His daily football practices in the heat of the Arizona desert are still the stuff of legend today. One of his drills was known as “Bull in the Ring”, where he would have the players form a circle. He would put a player in the middle (most often, a player he felt needed “motivation”), call out a uniform number, and blow his whistle. That player would charge the player in the middle and the two would engage in contact until Kush blew the whistle again. Whichever of the two players gave the best effort would go back to the circle, while the player “dogging it” would stay in until Kush decided he could quit. Former NFL and Arizona State player Curley Culp once broke a teammate’s facemask during this drill.

Another of his drills consisted of having only a center, quarterback, and two running backs line up on offense, with no other offensive lineman, and run  plays against the entire defense. Kush would send a running back into the line time and time again so he could get used to the punishment he would likely take in games.

The most famous of Kush’s motivational techniques was called “Mount Kush.” Mount Kush was a steep hill near Camp Tontozona, the Sun Devils’ training camp near Payson. It featured several large rocks, cacti, and no shade from the Arizona sun. If Kush felt a player especially needed discipline, that player would have to run up and down that hill numerous times.

In September 1979 former Sun Devil punter Kevin Rutledge filed a $1.1 million lawsuit against the school, accusing Kush and his staff of mental and physical harassment that forced him to transfer. The most dramatic charge was that Kush had punched Rutledge in the mouth after a bad punt in the October 28, 1978, game against the Washington Huskies.

Eventually Kush worked his way into the NFL when drunken owner Bob Irsay thought he’d be a perfect fit for the underachieving Baltimore Colts in 1982. Players nearly revolted after getting a taste of Kush’s cruel and unusual conditioning tactics. During the strike-shortened season, the Colts had the dubious record of being the first NFL team since the 1976 Tampa Bay Buccaneers to not win a game during the season, finishing 0–8–1. John Elway‘s refusal to play for the Colts after they chose him first overall in the 1983 draft has been attributed, in part, to his desire not to play for Kush.

In the end, that’s the difference between Vermeil and Kush—Eagles players hated training for Vermeil but loved playing for him. Kush never quite figured out how that could happen.