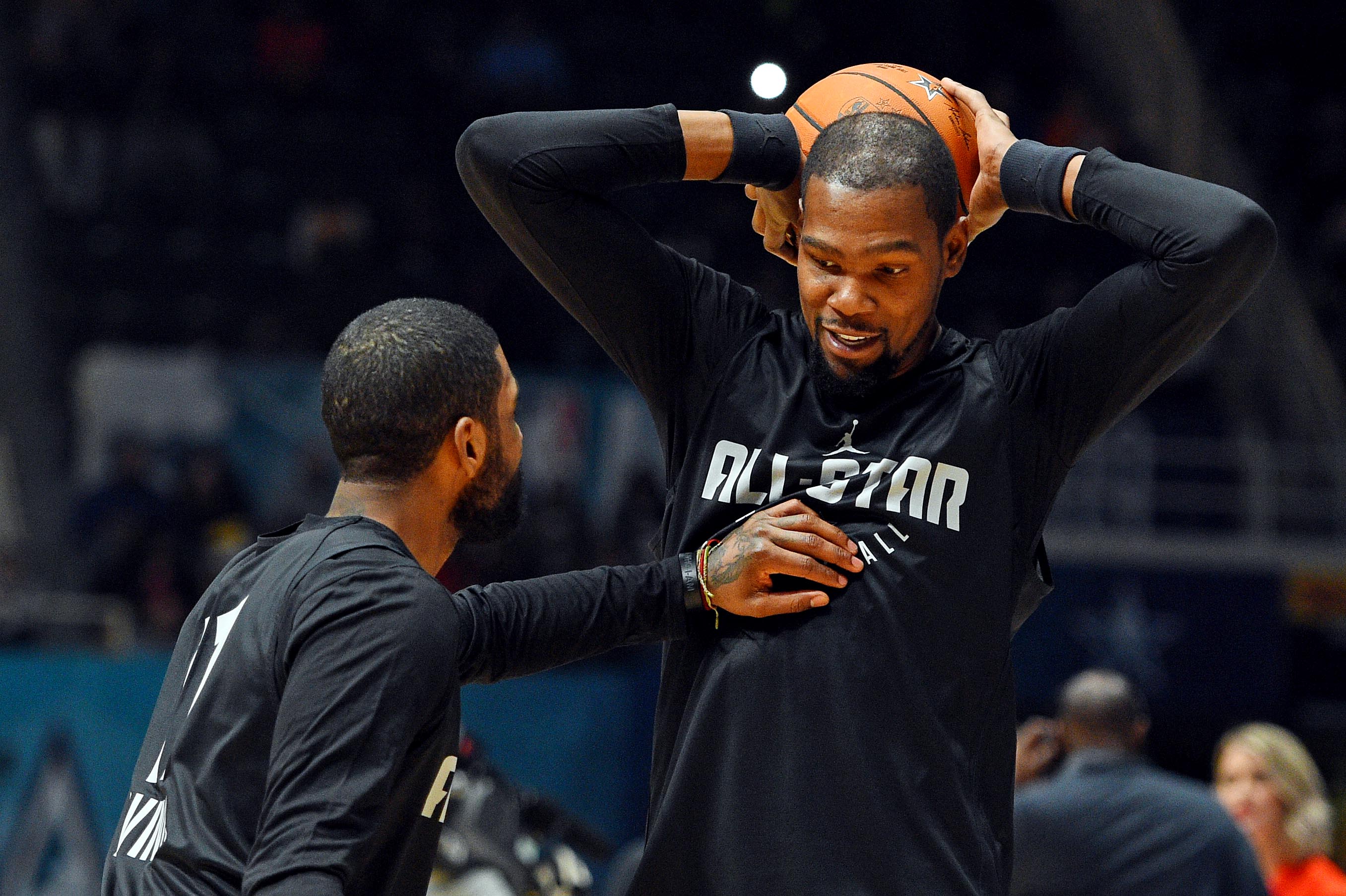 The (11-47) Knicks may be the worst team in the NBA this particular season, but the good news is that they’re in solid position to land the No. 1 pick in the 2019 draft, and they’ve made moves to clear plenty of cap room — setting them up for what could be an epic summer.

New York could potentially sign two max players to play alongside its group of young players — a number of which are high draft picks. And even though the Knicks have been bad for quite some time now, New York remains an attractive destination, given all that the city has to offer, and the history of Madison Square Garden.

As such, Knicks fans are enduring the tough times, and are instead looking toward the future. The summer is not far away, and the team could possibly even go from worst to a playoff team in just one year.

There’s been a lot of talk about who the team could land, and it’s no secret that the Knicks have already been working behind the scenes with Kevin Durant’s camp. The same goes for Kyrie Irving, who is also set to hit free agency. That’s why one particular moment on Sunday night has been drawing some interest. Durant accepted the NBA All-Star Game MVP Trophy, and none of his teammates stuck around for the end of his speech. Only one player did, and that person was standing right behind him: It was none other than Kyrie.

👀 Kyrie the only player still watching KD get the trophy. ⁦@WorldWideWob⁩ pic.twitter.com/ytxTJ1kgla

It may mean nothing, or it could be Irving making a statement in support of KD. We’ll find out in the coming months. Stay tuned.