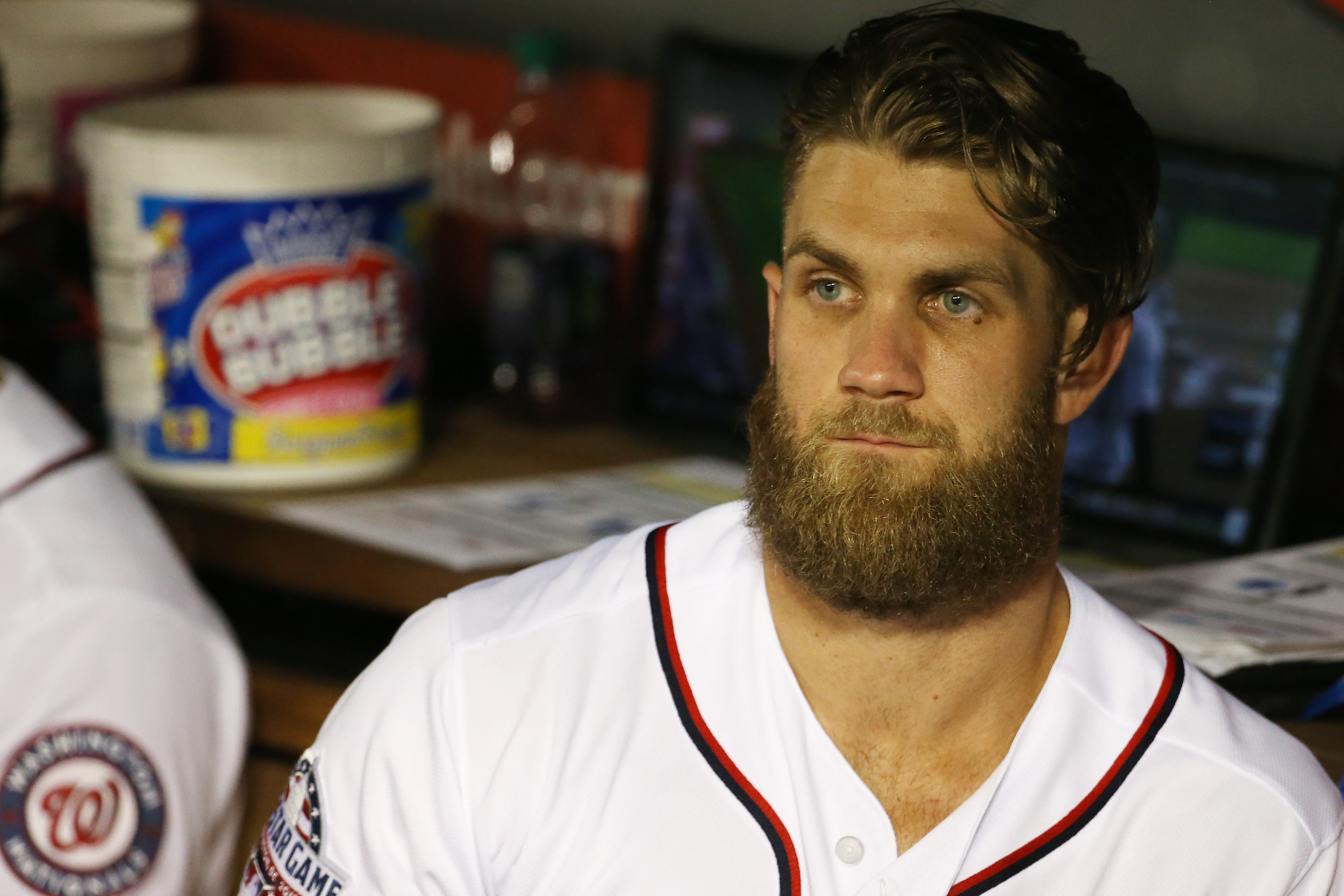 The Bryce Harper sweepstakes appears to finally be coming to a close, which is long overdue, given that pitchers and catchers have already reported for spring training.

The latest rumors indicate that Harper appears close to signing a long-term deal with the Phillies, and it will be worth more than the Nationals even offered, so we’ll be looking at even more than the rumored $300 million.

Bryce Harper, who has been waiting for someone to meet his price, appears to have found that team in the #Phillies. There is no deal yet but he will ultimately receive more than the 10-year, $300 million contract he turned down from the #Nats in September.

It will be interesting to see what the contract looks like, as Harper could be looking at close to $400 million if he meets all his incentives (which is unlikely), and leads the team to a World Series/wins at least one more MVP Award, both of which strong possibilities.

And while it seems like the Phillies are close to landing Harper, Jon Heyman of MLB Network reported that the Giants and Padres — the “mystery team” we’ve been hearing so much about — are also in the mix.

While the Phillies have made progress and are seen as the favorite for Harper, especially with the self-proclaimed stupid money, several teams are said to still involved, including both the Giants and Padres.

Harper is as competitive as they come, and the Padres are not a winning organization. San Diego is a great city, and it’s an attractive destination, but Harper’s going to want to go somewhere he can win — and soon. No matter how much money San Diego throws at him, it’s hard to see the Padres as a legitimate landing spot.

Right now, Harper’s decision will likely be between the Giants and Phillies, with Philadelphia the more likely of the two. The Phillies have a great mix of young and veteran talent, it’s an attractive decision and, with Harper, the team could compete for a World Series right away. And given that their payroll is currently only $125.59 million, they could also buy some help to go along with Harper, such as free-agent pitcher Dallas Keuchel, Craig Kimbrel or maybe even Manny Machado. Stay tuned, as we could have a decision in the next day or two.