The Livest Dog at UFC on ESPN 1: James Vick 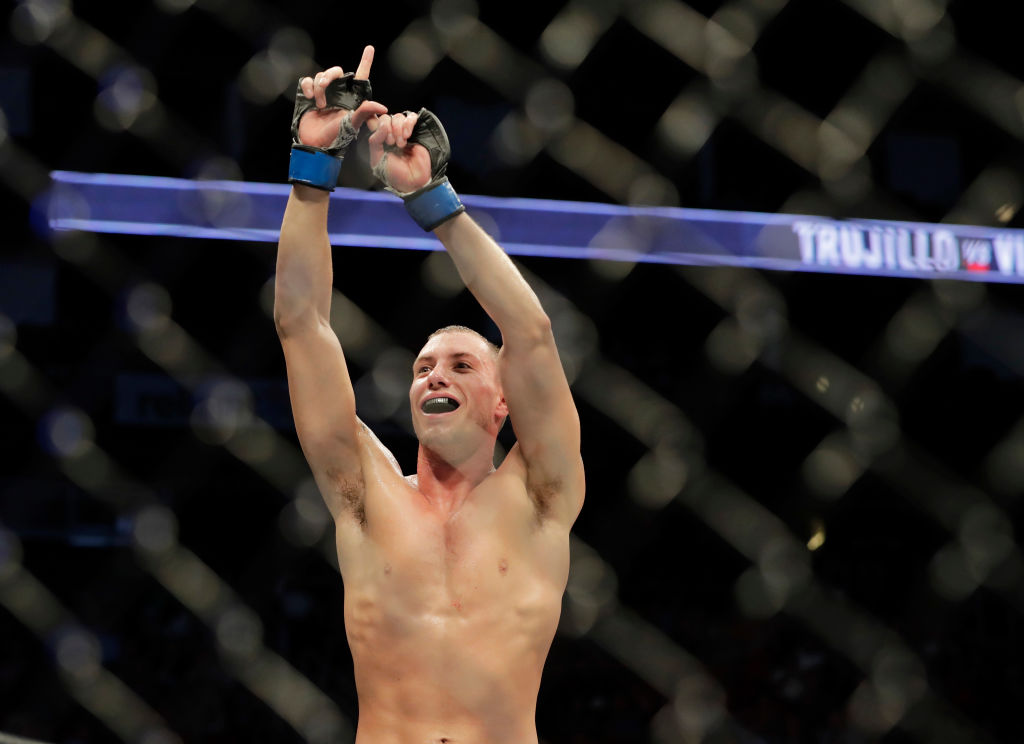 The Livest Dog at UFC on ESPN 1: James Vick

HOUSTON, TX – FEBRUARY 04: James Vick celebrates after defeating Abel Trujillo in the third round of their lightweight bout during the UFC Fight Night event at the Toyota Center on February 4, 2017 in Houston, Texas. (Photo by Tim Warner/Getty Images)

One fight ago, James Vick was a favorite against Justin Gaethje. That’s right…. a -120 favorite at fight time.

Now he’s an underdog to the lower ranked Paul Felder and it was mostly because of the fact that he got tagged hard by Gaethje. That fight doesn’t change the fact that he ran through Francisco Trinaldo, Joe Duffy, Beneil Dariush and Abel Trujillo.

Vick’s size, along with his newfound knowledge that he shouldn’t just throw down with a puncher, will carry him to an underdog win here.