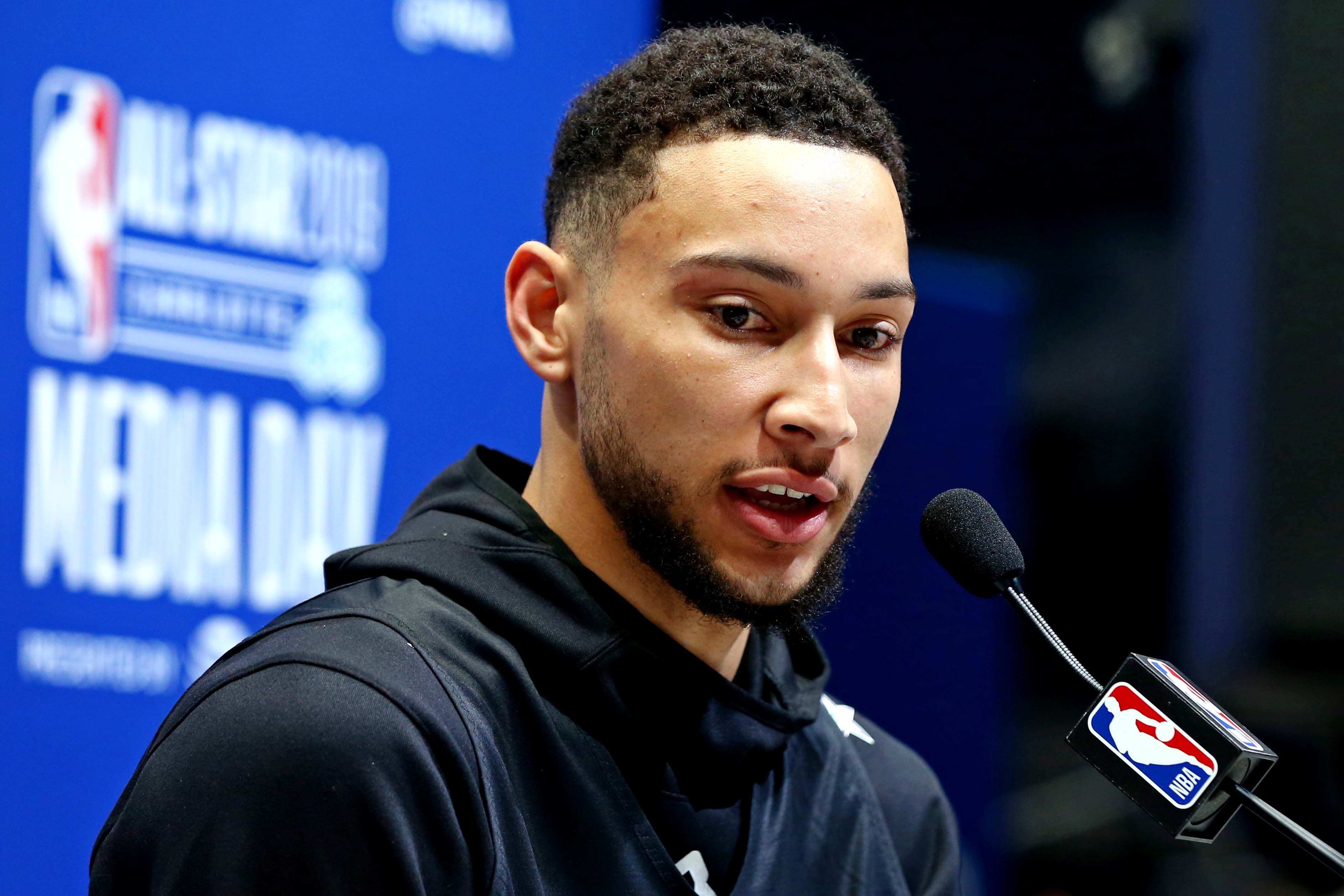 Ever wonder what Ben Simmons would say to Donovan Mitchell if last season was brought up?

The NBA All-Star weekend is officially in the books. For the first time since the early 2000s, the Philadelphia 76ers had multiple representatives. While Joel Embiid appeared in his second consecutive All-Star weekend, he had his young teammate Ben Simmons join him as well. Although they weren’t on the same team, they both had a good weekend representing the city of Philly.

With All-Star weekend comes a ton of events and press. While many players spend a lot of their time relaxing and enjoying the moment, Sixers guard Ben Simmons had a filled up schedule. Not only did Simmons participate in both, the All-Star game and the Rising Stars Challenge, but he also had some interviews that he had to get to as well. Fortunately, he had a light-hearted, fun one with Philadelphia native, and world-famous comedian, Kevin Hart.

While most of Simmons’ interviews contain standing around in a gym with a swarm of reporters firing off questions, he finally had a change of pace with this one. Instead of your standard NBA interview, Simmons was asked to sit in a cold tub across the room from Hart.

Then, they just chopped it up as they usually would as if the cameras weren’t even there. That’s when Kevin Hart found the opportunity to have Simmons revisit his Rookie of the Year beef with Utah Jazz’s Donovan Mitchell from last season.

What would Simmons say to D. Mitchell?

KH: “If you could look into that camera and say something to Donovan Mitchell, what would you say?”

For those who need a refresher – Simmons, and Mitchell had quite the battle last season for Rookie of the Year. While it was pretty evident that Simmons was going to take home the award, Mitchell felt the need to continually bring up the complaint that “technically” Simmons isn’t a rookie since he had spent an entire season on an NBA roster, despite not debuting until the following year. According to NBA rules though, Simmons was a rookie and ended up taking home the award that Mitchell obsessed over.

To add salt into the wound, Simmons ended up getting voted into the All-Star game this season. Meanwhile, Mitchell did not. So, what would Ben Simmons say to Mitchell about the award? Absolutely nothing. There’s nothing for Simmons to say. His production on the court speaks for itself. As for Simmons’ trash talking game, well, it’s pretty decent. He may not say a lot, but sometimes less is more. In Simmons case, he plays the role of a quiet, confident villain perfectly.