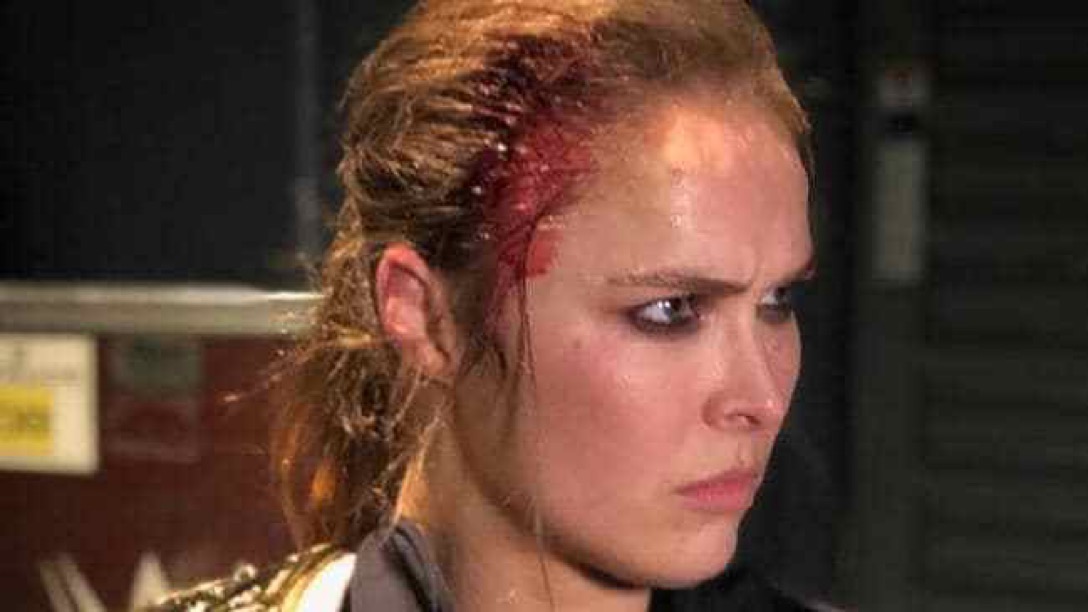 The attack from Lynch legitimately busted open Ronda Rousey, and was very stiff as The Man used a crutch to assault both of her likely WrestleMania 35 opponents. Two of the crutch shots connected with Ronda Rousey’s head, leaving WWE officials concerned that the Champion might have suffered a concussion.

According to Wrestling Observer Radio, Ronda Rousey was checked for a concussion following the attack angle at the PPV on Sunday night, and the Observer Radio report notes Rousey is said to be fine, albeit banged up, after the event angle.

According to PWInsider, top NXT stars Ricochet, Johnny Gargano, Tommaso Ciampa and Aleister Black are all backstage at Raw tonight taking place at the Cajundome in Lafayette, Louisiana.

The report adds all four NXT stars are expected to make an appearance on the show and film some sort of angle, the nature of which has yet to be revealed.

During a recent interview with ESPN, Triple H spoke on Chyna finally earning an induction into the Hall of Fame, and a possible future solo induction.

”[Chyna] absolutely 100 percent deserves to be in the Hall of Fame, and should probably be more than once — as a group, but individually as well,” said Triple H. “There’s more complexity to that than meets the eye, but here we are. I’m just happy that it’s here. I’m happy for her family, the people that she was close to, that hopefully this is super-meaningful to them. I know it would be to her. It’s a great thing — very deserving.”