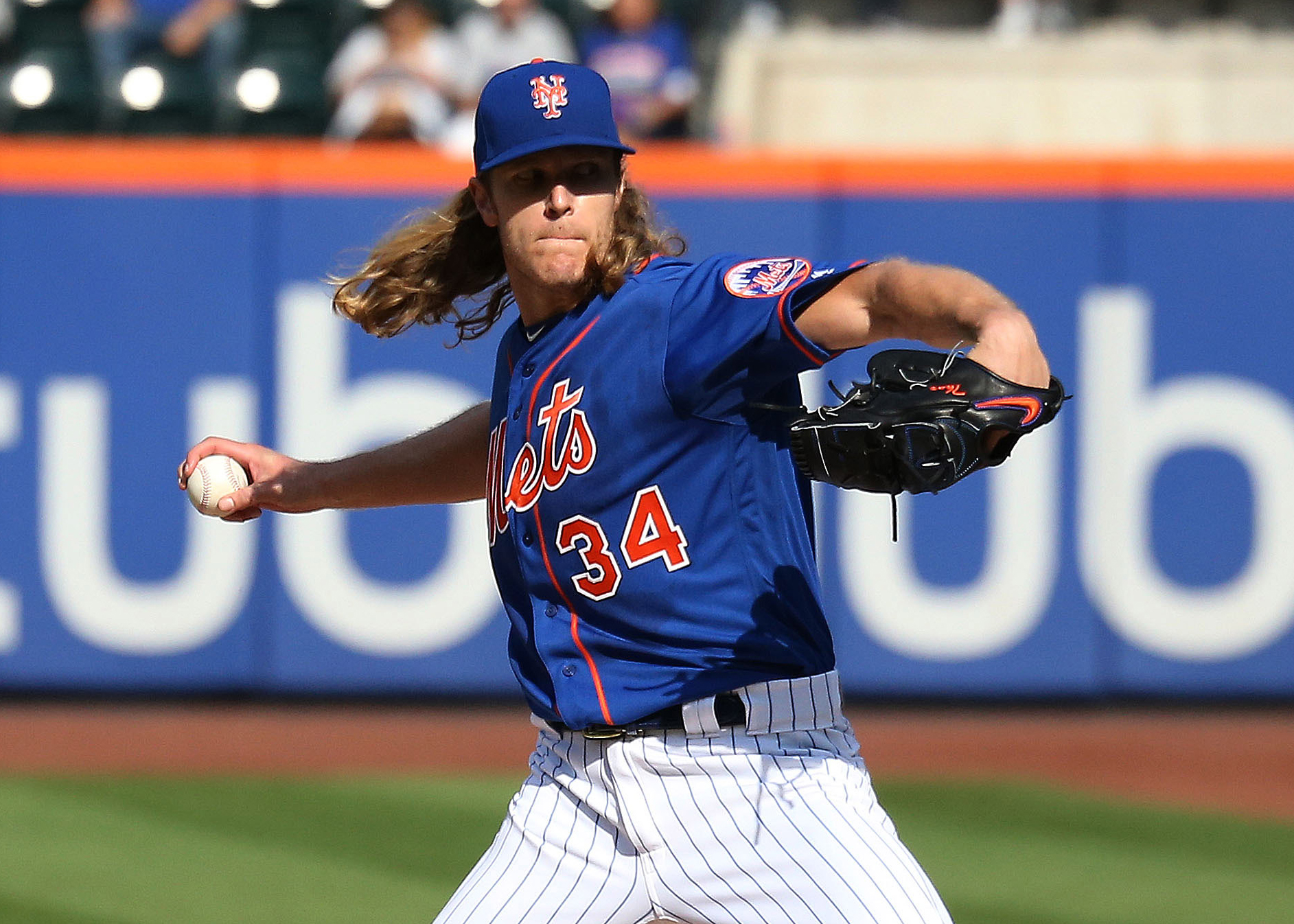 While much of the attention surrounding the New York Mets has been focused on Jacob deGrom’s contract negotiations, another member of the starting rotation would also like to figure out an extension. 26 year old right hander Noah Syndergaard is under club control through the 2021 season, which would make him 29 years old when he reaches free agency. Syndergaard is open to sign a long term extension with the Mets now, Matt Ehalt of NJ.com reports, indicating that he is very happy where he is right now.

While speaking to Ehalt, Syndergaard said:

“I love being a Met, I love New York City, the fan base is great and has been very kind to me. I see kind of the routes the game is going with (Bryce) Harper and (Manny) Machado have still yet to sign, and it’s kind of scary, honestly. It’s definitely something different than I’m used to. Only time will tell.”

The topic of extensions for starting pitchers has gained traction of late with Aaron Nola and Luis Severino signing extensions in the last week to buy out their arbitration years plus a year or two of free agency. The financial terms for both deals are very similar, with Nola getting four years and $45 million from the Phillies while Severino got four years and $40 million in his deal. Severino’s deal also contains a fifth year option that could bring the total compensation of his contract to $52.5 million, allowing the Yankees to buy out two free agent years.

This kind of structure could definitely be appealing to Syndergaard, who has ace potential when healthy but has had injury issues in each of the past two seasons. The Mets should definitely be open to extending Syndergaard at this kind of term as well, especially considering how much more expensive Jacob deGrom’s deal got after a Cy Young caliber season. deGrom probably could have been signed to a reasonable deal after 2017, but then-GM Sandy Alderson decided to kick the can down the road, leaving the Mets in a bind now.

Syndergaard is younger than deGrom, so a five year extension would give the Mets cost certainty for a few years and allow him to have financial security through his age 31 season. That should be a win-win for both sides, and there is no reason the Mets can’t figure this out while also signing deGrom to an extension. The Mets need to demonstrate to their fan base that they are willing to do what it takes to retain their own stars for years to come, and locking up both pitchers this spring would do just that. Syndergaard also indicated in Ehalt’s article that he wants deGrom to get paid, so hopefully he gets both of his wishes to come true over the next several weeks.