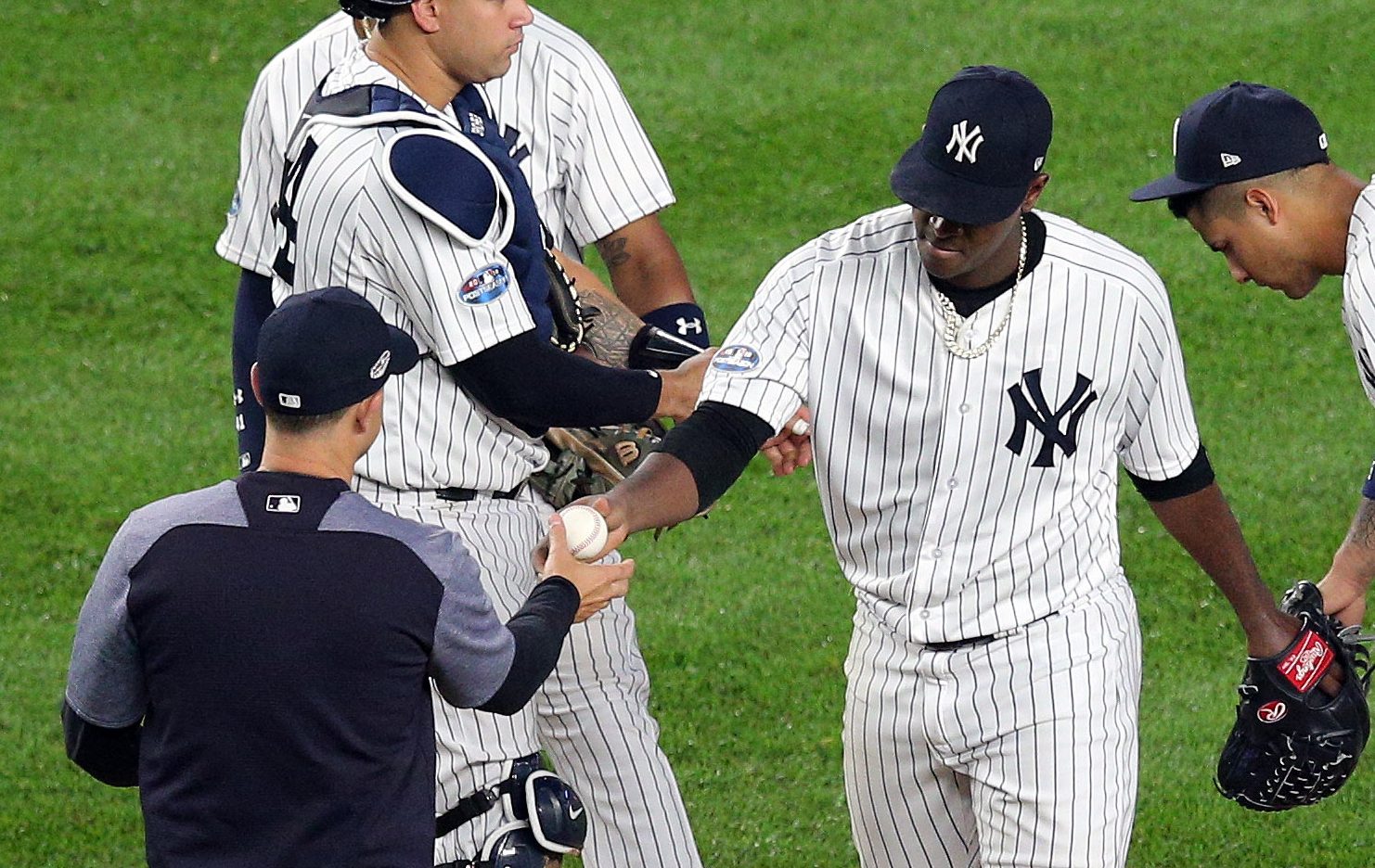 People have opinions. Those people include Yankee starting pitchers. Luis Severino had some choice quotes about Jacob deGrom and his innings limit stance:

Severino got tougher on deGrom when he was asked a follow-up question:

So you feel that there’s a time to negotiate contracts and a time for playing?

“He’s going to get his money anyway. DeGrom has only one year left with arbitration. He’s going to make a lot of money.”

Severino signed a contract extension recently which is for 4 years at $40 million total. He did what works for him and that’s wonderful. And I commend him for loving baseball and being a team guy. But while he may not agree with what deGrom said or his tactics, and for that matter you may not agree with it either, the fact remains that it’s none of his business. I know it’s a little hypocritical because I just came out with a whole opinion piece on it,

Fact is: it’s really none of my business either. The difference is that my opinion, as much as I like to think that everybody is hanging on my every word, means nothing. Absolutely nothing. Luis Severino is a fellow major leaguer who really should be sticking with his fellow major leaguers, especially coming into a time where there may be a work stoppage coming up.

And by the way: Imagine the outcry if a Met had something to say about how a Yankee did business. There would be press releases from Hal Steinbrenner and a flood of internet “HOW DARE YOU” hit pieces about Mets commenting about anything involving the deity known as the New York Yankees with the interlocking NY and the pinstripes. But Severino (who by the way was part of an argument about who was better between him and deGrom back in June which was quickly forgotten about by August), should tread carefully, especially if he doesn’t know anything about deGrom’s relationship with the Mets.