Your Morning Dump... Where Kyrie Irving wants us to relax about his right knee 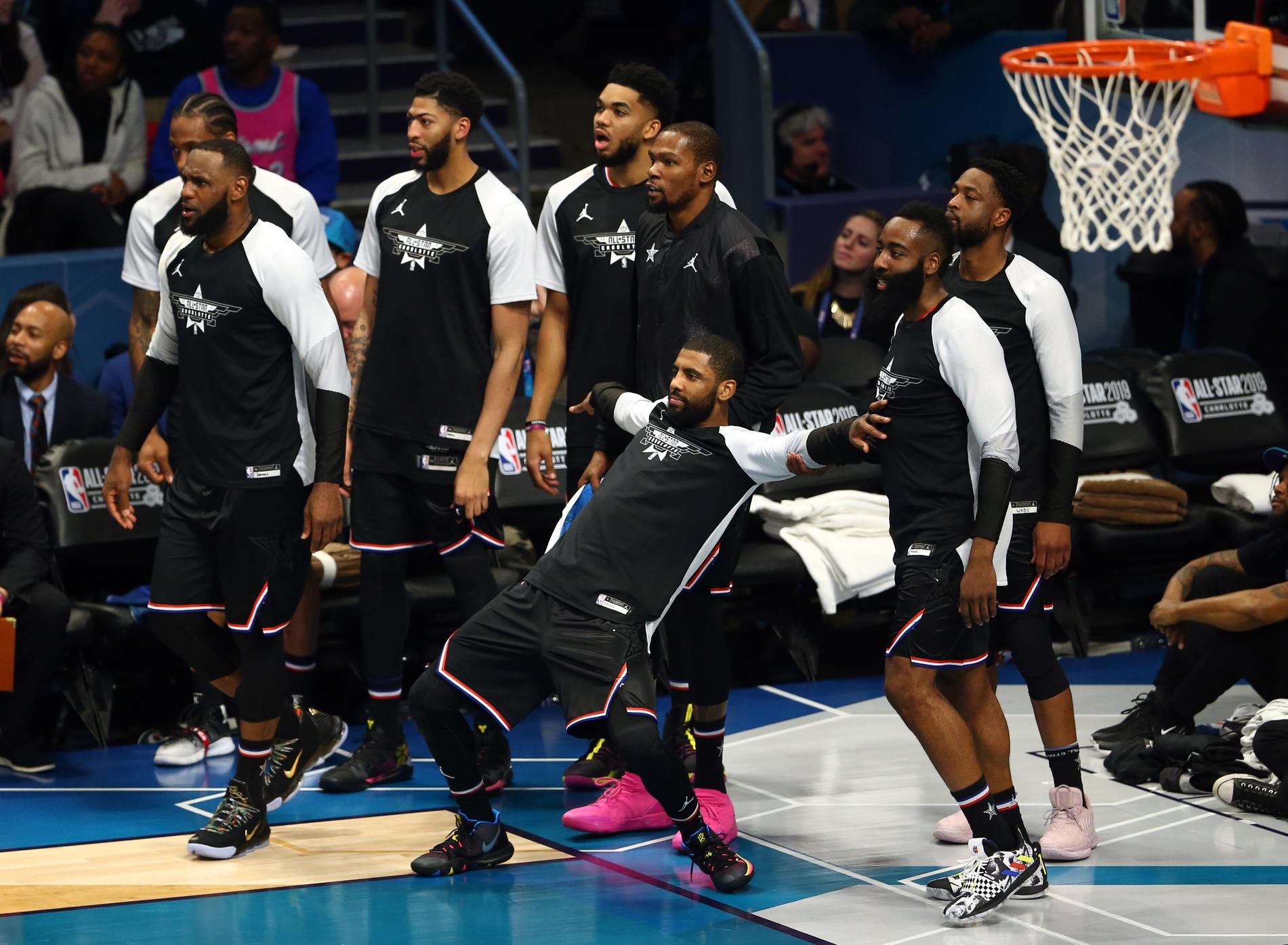 Your Morning Dump... Where Kyrie Irving wants us to relax about his right knee

Old Kyrie? I missed two games. It’s been 8 days. Relax. I was just out. It was just good to get back playing the game I love. I’m looking forward to next Thursday (vs Bucks) and getting back with the team.

It came from that hit I took in the Lakers game. It really tightened up my IT band, then my knee buckled.. I’m just thankful the strength in my quad caught it and it could have been a lot worse. It buckled and … I’ve been doing a lot of work.

To be fair, he was only out a couple games and after the “Ask me July 1st” diatribe in New York, we know Kyrie despises any sort of media-driven drama. But Sherrod is only asking what all die-hard fans want to know.

On Page 2, the budding bromance between Kyrie and KD.

Get a room @KDTrey5 @KyrieIrving pic.twitter.com/itpPoStwWF

Cameras captured these two kids talking, horsing around and hooping all over the arena this weekend.

The cap space heavy Knicks and their fans might be drooling, but the conspiracy theorists are looking to Boston.

Again, the original information regarding Davis, the Celtics and Irving came from people close to Davis. And on Saturday, twice, Davis said, “I never said Boston wasn’t on my list.” It’s fair to wonder, then, whether Davis’ thoughts on Irving’s likelihood of re-signing with the Celtics as a free agent have changed?

I asked Irving after Sunday’s game what he made of Davis’ adding of the Celtics to his list. “Oh, he did, did he?” Irving said. “I don’t think I have a comment on that right now.”