Adam Scott and Nick Sandlin, the Devastating Left-Right Combo of the Future 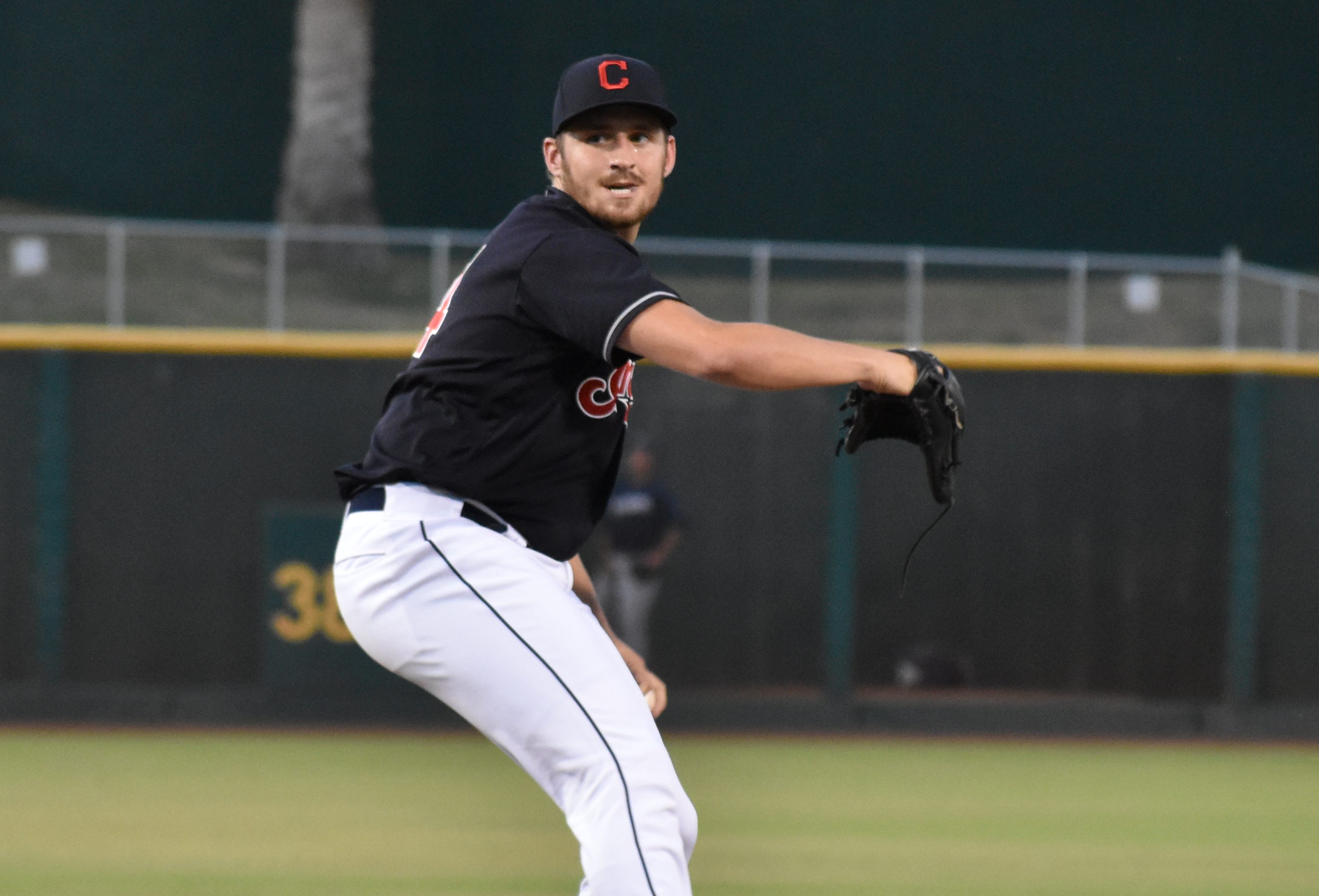 Adam Scott and Nick Sandlin, the Devastating Left-Right Combo of the Future

It is far too early to know for sure, but at the moment, it looks like the Indians amateur draft in 2018 was really special. Billy Wilson set a new high for home runs in the Arizona League (although he was bested by Miguel Jerez), Richie Palacios blasted his way up to Lake County and there were so many incredible pitching performances it would be impossible to recount them here. However, there is no question that the greatest success story so far was that of Adam Scott (no, not Ben from Parks and Rec) and Nick Sandlin.

Taken in the second (Sandlin) and fourth (Scott) rounds in the 2018 draft, the pair of relievers are both completely different, yet similar. Scott is a 6’4″ lefty who uses his height to his advantage, throwing with a range of release points, but generally keeping things at least around 3/4 delivery. Sandlin is a 5’11” right hander who does the opposite, throwing from a nearly submarine release point. Used in a game together, a line-up is unlikely to face two pitchers as different.

While they were used in the same game for their debut on June 18th, it didn’t happen again as their promotions didn’t align. In that first game, Scott pitched a perfect 7th where he struck out all three batters faced, then Sandlin struck out two of his four batters faced in a scoreless 8th. This was just a preview of how they would dominate throughout the season.

Sandlin was promoted first and furthest, jumping to Lake County before the end of June, then Lynchburg to begin August. Despite the change in location, he remained solid throughout. He didn’t walk the first batter of his career until his 18th appearance on August 14th with the Hillcats and only walked three all year. He is still yet to allow a home run in minor league action and allowed just three runs total in his first 20 games spanning the entire time spent in Goodyear, Eastlake and Lynchburg.

It wasn’t until he made it all the way up to AA Akron that Sandlin finally met some resistance. There, he had his only two poor performances of the season in two of his last three games as he allowed five runs in 1.2 innings. Unfortunately, he didn’t play with the Rubberducks long enough to see if this was due to fatigue, the higher level of competition or just luck catching up with him.

Going back to the left side, Scott stuck around Arizona through the end of June (he did walk one batter, but struck out 14 in 7.1 innings) before he was promoted to Mahoning Valley. Just as he did in Goodyear, Scott walked one batter in 11.2 innings and struck out another 14, necessitating another promotion. The day before Sandlin was promoted from Lake County to Lynchburg, Scott was moved from the Scrappers to the Captains. There it was more of the same as he walked one and struck out 15 in 11 innings.

As the Captains wrapped up their season, Scott made the jump to Lynchburg where he pitched in two more games to end his rookie season. Overall, he finished the year with a 1.85 ERA with 47 strike outs and seven walks in 34 innings. Like Sandlin, he struggled a bit at his highest level, walking three in his second to last game to double his season total at the time.

While they may not be the highest ceiling pitchers from the 2018 draft (look out for Ethan Hankins and Lenny Torres, who were both first round picks and missed most of the season due to injury), Scott and Sandlin are exactly the type of reliever that the Indians love. The fact that they were college pitchers allowed the Indians to advance them more quickly than most prospects and their incredible command made it easy for them to adjust to every level. The trick of just throwing a 95 MPH fastball with a curve to offset it can succeed in short season even if the pitcher has no clue where the ball is going, but that won’t cut it above A ball. Both Scott and Sandlin proved that they had both the stuff and control needed to dominate at the higher levels.

Sandlin delivers a pitch for his first of four teams in 2018, the AZL Indians 1. – Joseph Coblitz, BurningRiverBaseball

For now, I’d expect both pitchers to begin the season with the teams they ended with in 2018. Neither spent enough time at their highest level to establish themselves there and they have already been rushed to reach such a high level. However, they may not stay there long. While the Indians are generally incredibly conservative with prospect promotions, relief pitcher is the one place they make exceptions. The most recent exception was Kyle Crockett who pitched in just 36 minor league games over two seasons before being promoted to the big leagues straight from Akron.

While some may take Crockett as a cautionary tale as he was terrific in his rookie season, then had major injury issues every year after, you can’t use one instance to define eternity. Cody Allen pitched just 54 games across two seasons in the minors before being promoted to the big leagues. He was almost immediately made a set-up man in the big leagues and was named closer in his second full season with the Indians at the age of 25. Already 22 and 23 years old, Sandlin and Scott seem right on track with this schedule.

In the end, Crockett and Allen may provide the best and worst case scenario for Sandlin and Scott. Both are definitely good enough to get to the Major Leagues and I would be surprised if the Indians waited beyond 2019 to test at least one of them out. Where they go from there is up in the air. The Indians have a few options for closer of the future in the system, but Scott’s combination of extremely high K-rate and lack of walks has to make him the front runner. Should Sandlin continue pitching at this level, it could be a situation similar to the Indians bullpen in 2016 and 2017 where Sandlin plays the role of Andrew Miller and Scott plays Cody Allen. With Brad Hand already holding up the back end of the bullpen, this pair of relievers could turn an extremely questionable bullpen into a great asset in very short order.