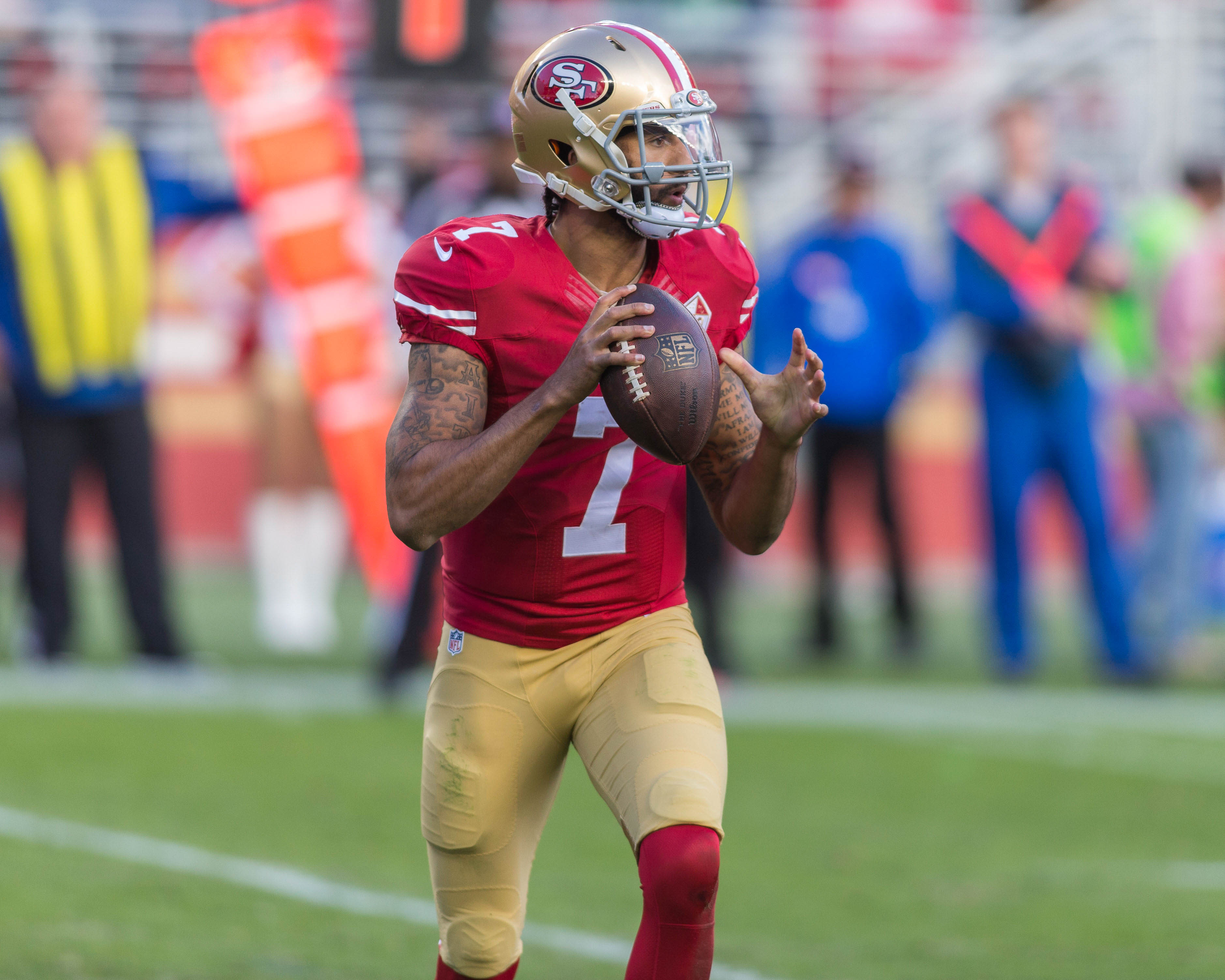 As rumors spread that two teams could be interested in Colin Kaepernick, the Carolina Panthers should seriously entertain the idea of signing the QB.

Will Colin Kaepernick ever play football in the NFL again? Many believe that the ship has sailed for his return. And they could be right. However, the former San Francisco 49ers quarterback still believes that he has a chance. Seeing as though his former teammate Eric Reid has found a second chance last season with the Carolina Panthers, there’s a slight chance that Kaepernick could benefit from Reid’s short-term success with the Panthers.

Could the Panthers roll with one of their two unproven young guys under center? Sure. But why do that when there’s a proven veteran available that no other team will touch? All QB-needy teams are going to be in the market for a Nick Foles, or a Teddy Bridgewater. But the chances of any team considering Kaepernick at this point is slim-to-none.

What could go wrong for the Panthers?

What’s the worst that could happen if the Panthers signed Kaepernick? He has a bad year? No big deal. That’s why signing a low-risk, one-year deal would be perfect. If he fails, then you move onto the next year with Cam Newton as your quarterback. If he succeeds, then well, you’re happy as an organization.

All political views from ownership aside, the biggest issue that comes with Kaepernick is the potential media circus. But if a head coach is willing to take on the never-ending amount of questions regarding Kaep, then why not make a move?

It’s clear that the Panthers ownership has no problem with anthem protests (see Eric Reid). And rumors have already come out that Kaepernick could have two potential suitors for 2019 – with Carolina being one, according to Kaepernick’s lawyer.

“I predicted this with Eric [Reid]—our other client—after we had one of the hearings that Eric would play,” Kaepernick’s lawyer Mark Geragos said to CNN on Saturday. “I’ve been wrong about this before, but I’m going to make a bold prediction that one of three teams picks [Kaepernick] up.”

“The natural place to be would be with Eric in Carolina,” Geragos continued. “I’ll make the bold prediction—you can keep the tape—I think within the next two weeks and you want me to predict who besides the Panthers? It would not surprise me if Bob Kraft makes a move. That would not surprise me.”

While it sounds easy for the Panthers to just offer Kaepernick a job, there is one main issue. The problem? Money. According to sources, Kaepernick denied all offers to play in the new Alliance of American Football league unless he was slated to make between $20-$25 million.

With former Eagles quarterback Nick Foles being the most intriguing free agent on the board, his market value salary is predicted to be somewhere around $19-$20 million, according to Spotrac. Being that Foles has recently been named the MVP of Super Bowl LII, it’s tough to assume that Kaepernick’s value exceeds the former Eagles quarterback’s price tag.

However, maybe the idea of playing in the National Football League along with Eric Reid on a team that has recently made the playoffs could attract Kaepernick to take another shot at playing in the league for a little less than what he desired in the brand new AAF league. It may or may not happen, but it seriously couldn’t hurt Carolina to try.