Sixers' starting five gets the cover of Sports Illustrated 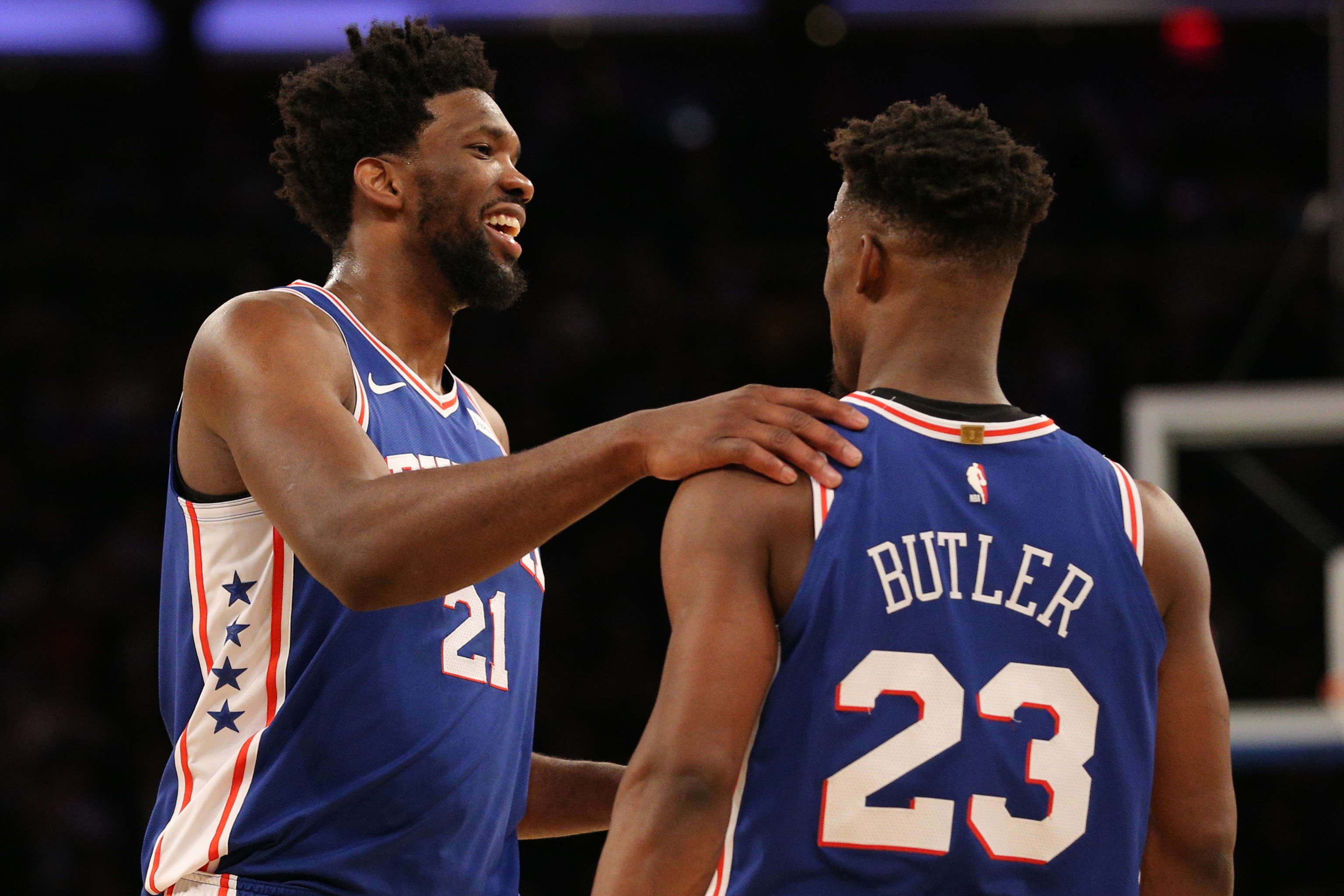 Sixers' starting five gets the cover of Sports Illustrated

For the first time in a long time, the Sixers are on the cover of Sports Illustrated.

After years of failure, and moving on, the Philadelphia 76ers are beginning to gain the attention that they deserve around the NBA. Last season was just the beginning of the end of the ‘The Process.’ Although their resident big man still goes by the nickname, the days of turning in ten win seasons, and trading productive players for assets are over.

In 2017-2018, we got a taste of what the Process has had to offer. The Sixers founds themselves in the playoffs and even picked up a series victory against the Miami Heat. Unfortunately, their playoff journey ended quickly as the Boston Celtics took care of Philly with ease.

At the beginning of the new season, the Sixers looked precisely the same, which was problematic. However, an extreme makeover by their rookie General Manager, Elton Brand allowed the Sixers to assemble what some may call one of the top starting lineups in the NBA with Tobias Harris, and Jimmy Butler mixed into the picture.

Now as the NBA gets ready to tip off for the second half of the season, all eyes are on the Sixers in the Eastern Conference. We already know what the Milwaukee Bucks, Toronto Raptors, and Boston Celtics have moving forward. Now, it’s time for the Sixers to build on top of the recognition that they have received since their productive trade deadline. To add to the excitement, Sports Illustrated has decided to let the Sixers starting five grace the cover of the magazine for the first time since 2008.

The Sixers showing up on the cover of Sports Illustrated is excellent. However, it’s incredible to mention the last time the Sixers had somebody on the cover back in 2008, it just so happened to be their current GM, Elton Brand. At the time, Brand was the big-named player that the Sixers acquired. Who would’ve thought he would eventually land a front office job with the team. And to make matters more interesting, take a look at the headline…

the last time there was a 76ers centric sports illustrated cover pic.twitter.com/HGePGIh6Jw

“How Far Can Elton Brand Take The Sixers?”

Well, that headline aged perfectly. To this day, the headline remains relevant. As the man who is responsible for the recent moves that landed the Sixers in this position, Brand is out to prove that he is more than capable of putting together a championship roster. The Sixers have to tools to become successful. Now, it’s up to the coach and the players to execute.