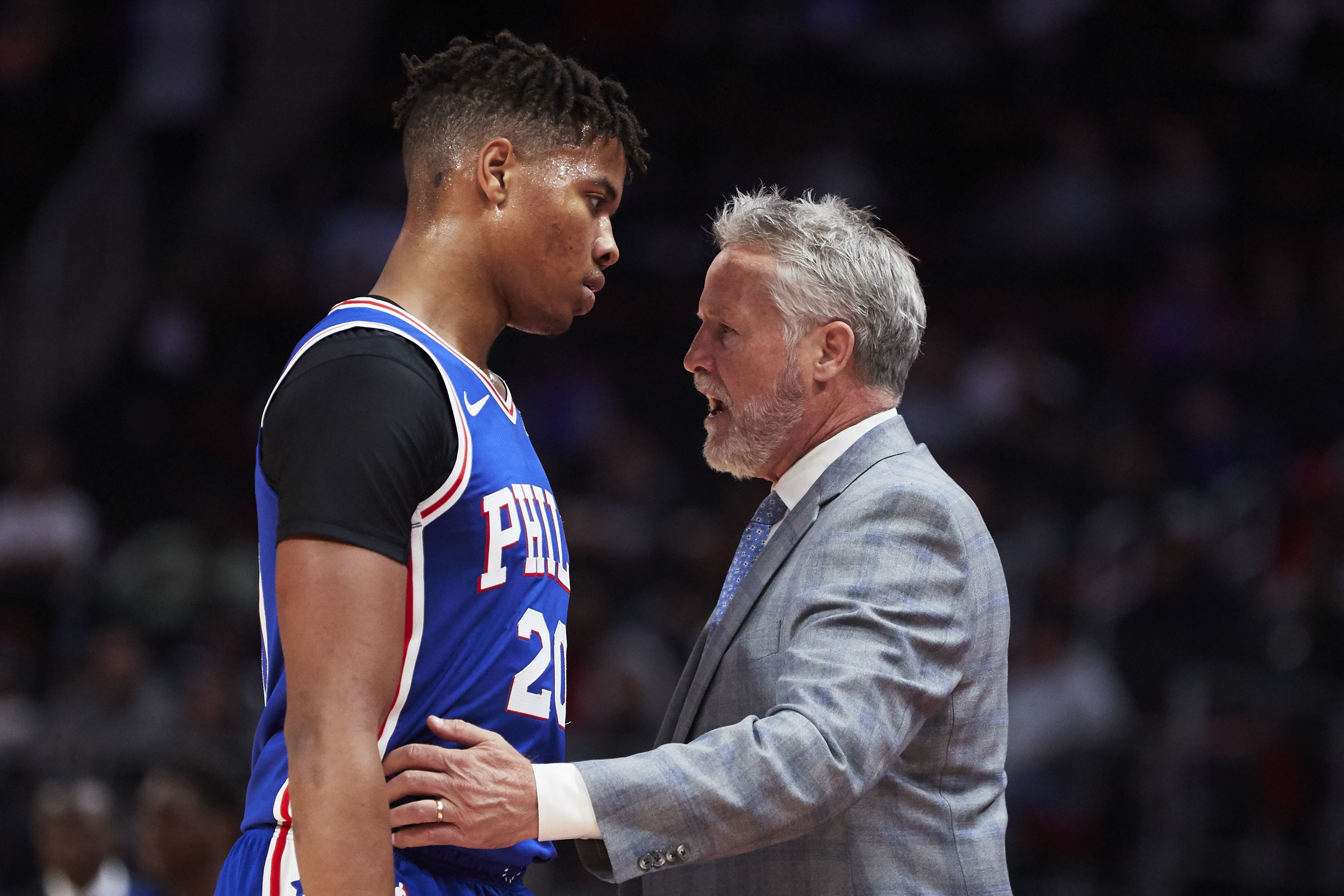 After Markelle Fultz made some controversial comments about the Sixers coaches, Brett Brown finally responds.

Former Philadelphia 76ers first-overall pick Markelle Fultz surely left an unfavorable lasting impression on his first NBA city last week. It was just two weeks ago when the young guard got traded away to the Orlando Magic. But Fultz didn’t get introduced as a member of the team until a week later.

That’s when Markelle Fultz sat at a podium in front of the Orlando media and made some questionable comments that seemed like they were aimed towards the Sixers coaching staff. “It really excites me to have coaches that are going to push you and not just tell you what you want to hear.” Fultz shocked many when he appeared to throw some shade towards Sixers head coach Brett Brown, criticizing his approach to coaching.

Many believed that Fultz was being a punk, who was clearly bitter towards the Sixers for how they handled him over the past year and a half. Other feel that the media and the fans took his words out of context. Regardless of what you believe though, Brown still felt obligated to respond to Fultz’s comments when the Sixers coach was asked about the quote after practice on Wednesday.

Clearly, Brett Brown will remain in denial towards Fultz’s claims. At first, Brown seemed like he was shocked to hear such quotes from Fultz after the number of times that he defended the former first pick. But then Brown immediately came to Fultz’s defense, while wishing him well.

Knowing that Brett Brown genuinely cares for his player’s mental well-being, it didn’t come as a surprise that Brown didn’t have more of an adverse reaction. At this point, the Sixers are just ready to move on from this mess. Fultz is gone, and now his injuries and his camp are the Magic’s problem.