Cowboys made the situation with DeMarcus Lawrence difficult 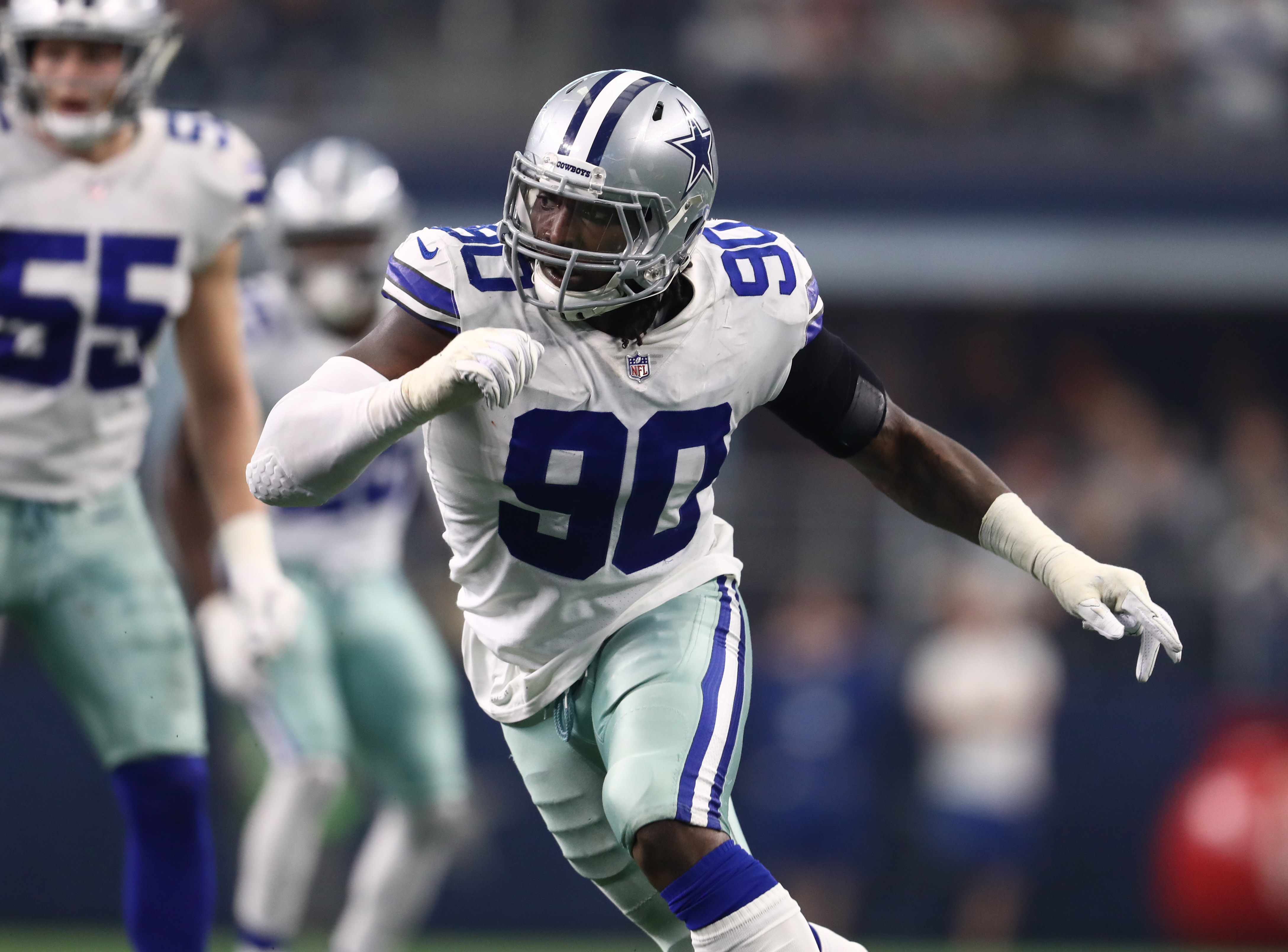 Cowboys made the situation with DeMarcus Lawrence difficult

The Dallas Cowboys might’ve dragged their feet on re-signing DeMarcus Lawrence for too long.

So far, Jones has promised that Cowboys quarterback Dak Prescott will get a healthy contract as he heads into year four on his rookie deal. Also, their star wideout Amari Cooper, who came in at the cost of a first-round pick was also told that he was going to get quite the extension in Dallas when the time comes around as well. And throughout all of these potential extension talks, Jones dragged his feet on the one that he needs to get done very soon with defensive end, DeMarcus Lawrence.

In 2017, Lawrence was the shining star of the developing Cowboys defense. He finished off the year with 14.5 sacks, along with 58 total tackles. Right then and there he could’ve begged for a long-term deal, but he played his cards right and decided to sign with the Cowboys on the franchise tag. Another solid season out of Lawrence, and he officially can make the claim that he deserves the long-term deal that he’s been working for.

Fast forward to the end of the 2018 season, and Lawrence finished up with another productive year as he notched 10.5 sacks, along with 64 total tackles. After proving that he truly is an elite pass rusher in the NFL, Lawrence wants to get paid the big bucks for many years to come. But the Cowboys may want to slap another tag on him. So, what happens next?

Lawrence will stick to his guns…

Knowing that he is deserving of a long-term deal, DeMarcus Lawrence has already made it clear that he won’t sign the franchise tag if offered. It’s a big deal or bust at this point. And hearing Jones constantly claim that other players on the offense will get long-term deals before their time has even come can only be more frustrating for Lawrence as he has already proven for the second year in a row that he can produce at a high level.

So, what’s next for the Cowboys and Lawrence? According to Mike Garafolo, the price tag has gone up significantly in comparison to last year’s offseason. We’re talking $17 million a year, to potentially 20 now. Although Jerry Jones continues to play it cool, and make it clear that Lawrence is absolutely in the Cowboys’ future plans, it’s only going to get even more difficult the longer they wait.

It’s going to be an interesting situation moving forward, as NFL Free Agency is less than a month away. If the Cowboys don’t retain Lawrence on a multi-year deal by the time the franchise tag window is ready to close, then they will have to slap the tag on him in order to buy themselves more time. Mix this situation in with a potential Dak Prescott extension, and the offseason in Dallas could get quite interesting.