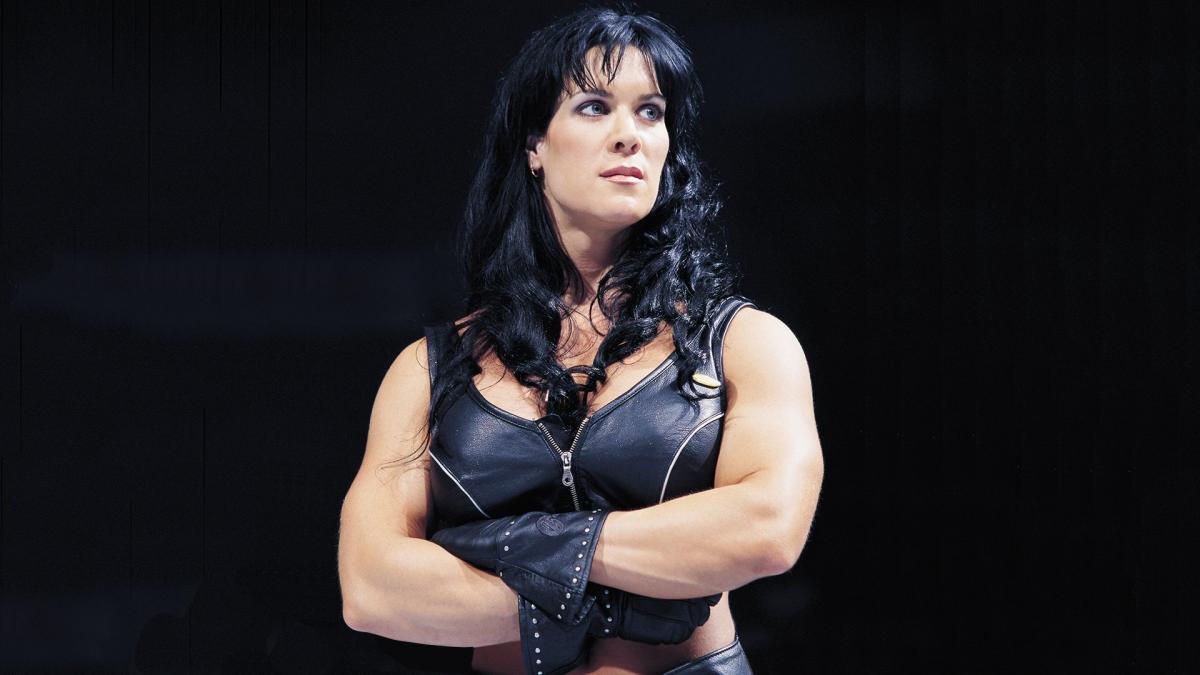 It is said that time heals wounds. After years of avoiding the mention of Chyna in anything WWE, her untimely passing in 2016 would set forth the overwhelming demand from fans to put her in the WWE Hall of Fame.

Her personal turmoil and unpopular decision to become an adult star didn’t help matters post-WWE, but what does matter is the contribution that Chyna made while she was in the company.

With the Women’s Evolution going full speed ahead, there is no doubt that Chyna’s time in WWE was monumental. Back in the late 90s and early 2000s, what Chyna achieved was remarkable. Credited as a trailblazer in the Attitude Era, Chyna had a major hand in breaking ground for today’s Women Superstars. She went toe to toe with whoever stood in her way, be a man or a woman.

Chyna’s presence was intimidating from the moment she appeared in the company. A strong woman who was built tough, Chyna was a great fit for a struggling WWE. Dubbed the Ninth Wonder of the World, Chyna’s actions spoke louder than words.

She could shake Marlena around like a rag doll, but on the other hand make work out of someone such as Kane. Point being, Chyna had no problem commanding attention in the ring.

So when it comes to D-generation X, Chyna was a huge factor in the faction’s success. If Rick Rude was their insurance policy, then Chyna made sure that policy stayed intact. She was the enforcer of DX, a title that she didn’t take lightly. She was the faction’s X factor, and it served her well as she grew in the company.

Chyna’s role as the enforcer meant that she often got involved in the matches that DX had. Oftentimes, it was not favored by fans, but in retrospect it was a pretty amazing thing that Chyna could go in the ring with a fearless attitude with some of Attitude Era’s biggest stars.

Chyna’s solo success was greater after her tenure with DX. Chyna broke barriers for women in pro wrestling from the Royal Rumble to the Intercontinental Championship. It was unheard of twenty-plus years ago that women would even belong in that spectrum.

While no other woman has held the Intercontinental Championship, three other women would make their way into the Royal Rumble over the years. The most recent entrant was Nia Jax, entering this year’s Royal Rumble at number 30.

The women now have their own Royal Rumble, which is a testament to the continuous growing of the Women’s Evolution.

Perhaps that was a prelude for the impending Hall of Fame induction. Furthermore, the induction was announced the day after Sasha Banks and Bayley were crowned the first-WWE Women’s Tag Team Champions. There is a little history mixed in with those events, which is coincidentally fitting.

D-generation X is one of the most successful factions in WWE history, formed during a time where WWE was sinking during the Monday Night wars. The faction contributes to the success of the Attitude Era and the eventual dominance over WCW.

Chyna’s contribution in DX should not be overlooked, either. Being a part of DX is what got Chyna started in creating an everlasting legacy.

There is absolutely no doubt that Chyna belongs in the WWE Hall of Fame. Many agree that she deserves a solo induction given the accomplishments that she achieved during her career in WWE. It’s not unwarranted by any means. Perhaps patience is a virtue in this case, and DX being inducted into the WWE Hall of Fame is a start for Chyna to finally getting the recognition that she deserves.