Dolphins could be moving on from DeVante Parker, Danny Amendola 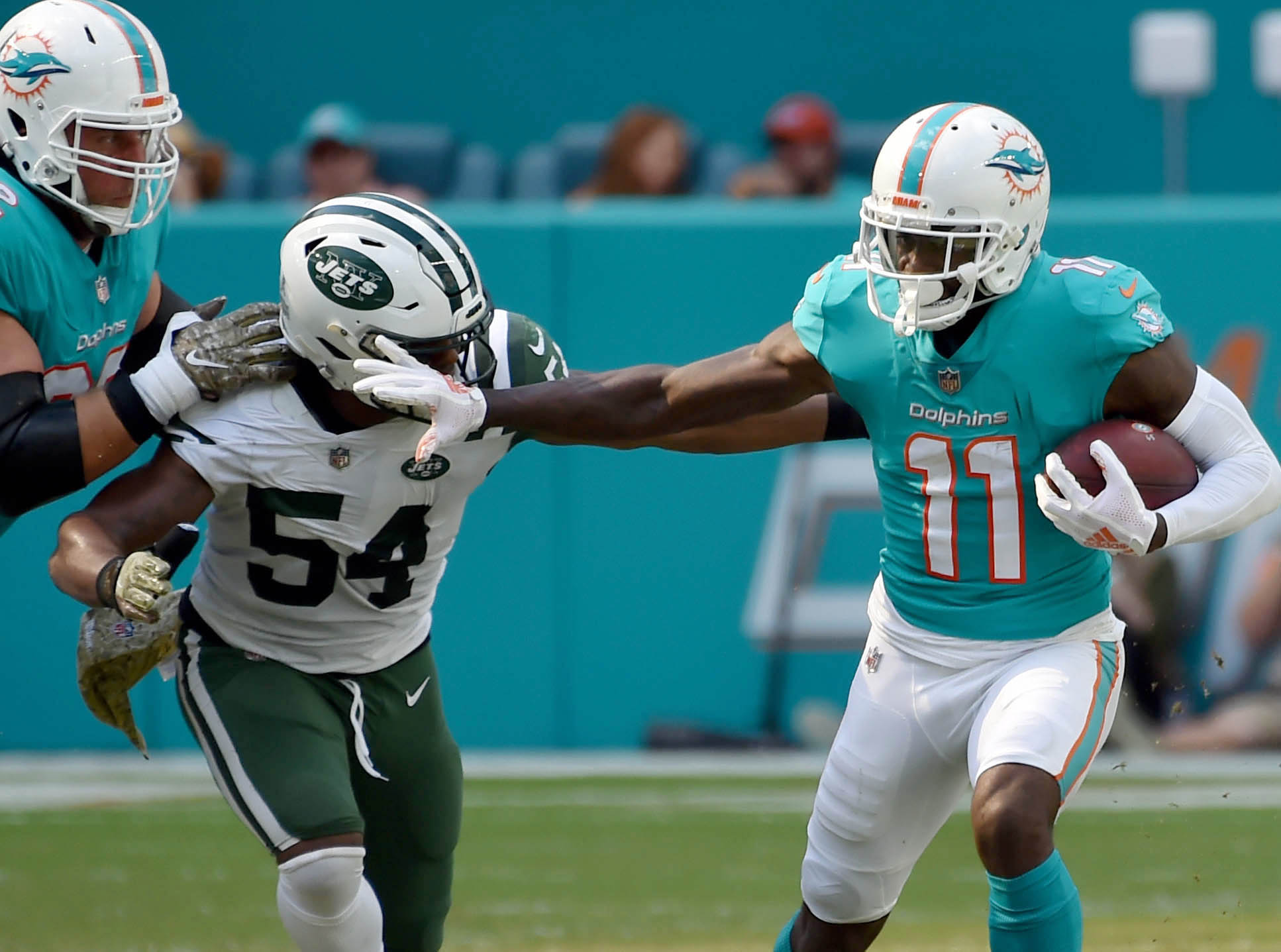 Dolphins could be moving on from DeVante Parker, Danny Amendola

The Miami Dolphins could be looking to wipe the slate clean with their wide receiver corps this season.

Times are changing for the Miami Dolphins heading into 2019. After canning their head coach Adam Gase, the team is looking to move on from a lot more players as well starting with the offense. By now, it’s no secret that the Dolphins organization might’ve seen enough out of their quarterback Ryan Tannehill. Although the veteran has had injury after injury pile on over the last year or so, Tannehill didn’t do himself any favors while healthy.

So with that, the Dolphins are going to be in search of another passer. That’s not all for the rebuild of the offense though. The Dolphins seem like they need to wipe the slate clean when it comes to their wideouts as well. As the month of February wraps up, and NFL Free Agency approaches in less than a month, it sounds like the Dolphins are looking to move on from not one, but two of their wideouts on board.

Times are changing down South

According to the Miami Herald, both DeVante Parker and Danny Amendola might’ve played their final snaps with the Phins’. While it’s not all that shocking the Dolphins felt like they didn’t get enough production out of the two, it’s going to be interesting to see how the future plays out for both players, and the team.

For Parker, his release or trade is almost inevitable. While Parker hasn’t lived up to the expectations of a first-round pick in Miami, he’s still an exciting prospect for teams that are in search of a 26-year-old wideout with great size. Unfortunately, his durability is an issue as he has never completed a full season while with Dolphins. Recently, he finished 2018 by only playing in 11 games. His availability is problematic, but that shouldn’t shy teams away from him if the Dolphins are truly ready to cut the cord on Parker.

As for Amendola, well, his market will be a lot smaller if the Dolphins decide to cut the cord early on the initial two-year deal that he signed with Miami last offseason. He’s on the books for a $6 million cap hit this year, but the Dolphins can avoid any penalty if they do decide to cut him. Seeing as though Amendola’s season came with an underwhelming 575 yards, and only one touchdown, the Dolphins will have to strongly consider letting him go.