Landry Shamet credits JJ Redick for being his role model 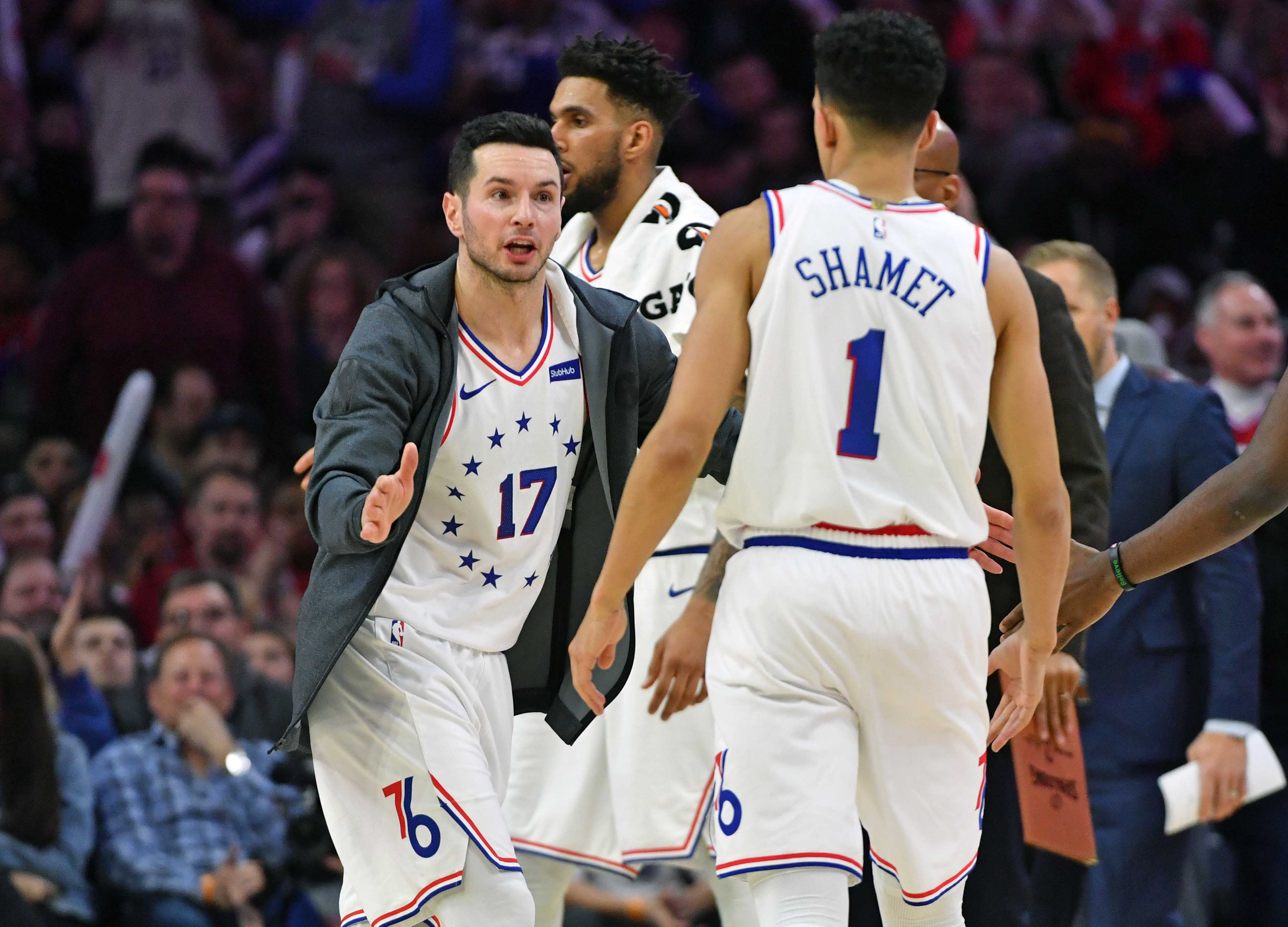 Landry Shamet credits JJ Redick for being his role model

It’s been a little over two weeks since the Philadelphia 76ers decided to make one of their two biggest trades this year. Earlier in the year, they sent off two ‘Process’ prospects when they dealt Robert Covington and Dario Saric in order to acquire Jimmy Butler. And a couple of weeks ago, the Sixers had to part ways with their productive rookie, Landry Shamet to get Tobias Harris, and the rest of the gang from the Los Angeles Clippers.

Shamet didn’t get to play in Philly for that long, but he managed to have a fair amount of impact on the Sixers and their fan base in so little time. Although it’s probably safe to say that the Sixers made the right move with the trade, it still doesn’t make departing from a young rookie with tons of upside any easier than it is.

Sixers fans aren’t alone in this though. Even though Shamet is happy out in L.A. with his new team and beautiful weather, the young rookie still holds a special place in his heart for Philadelphia. And I’m not just making this up as I go along. Shamet makes sure to credit the city and the Sixers organization as much as possible when the topic gets brought up. But it’s not just the Sixers that Shamet loves. There’s also a particular player that had created a lasting impact on Shamet before he shipped off to the West Coast.

Shamet shouts out his role model

When bored, Shamet takes to Instagram for some entertainment. As he was sitting alone in L.A. yesterday, the Clippers guard decided to do one of his frequent Q&A sessions through Instagram to connect with his fans. And when one of them asked Shamet who his role model is, he responded with nothing more than just a picture. Check it out.

During his short amount of time in Philly, Shamet was taken under the wing of the veteran guard, JJ Redick. As they both have similar playing styles, Redick made sure to do all that he could to help out the young rookie. And even though Shamet no longer plays in Philly, he will still credit Redick for being his number one role model in the NBA to this day.