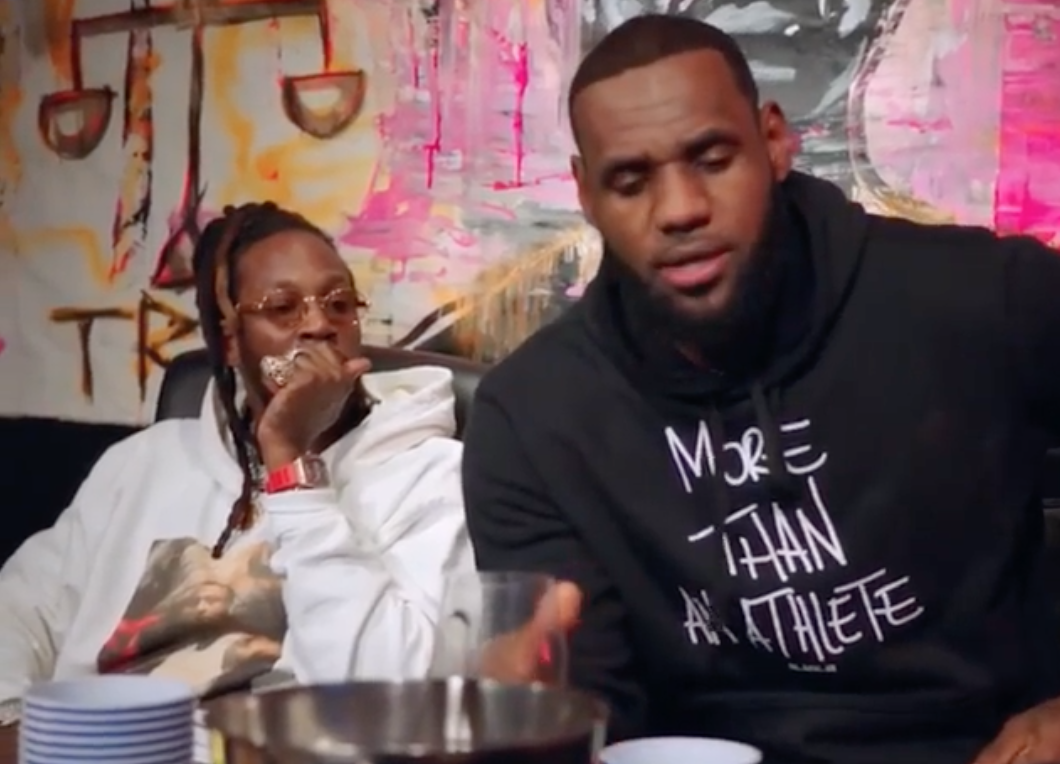 Lakers star LeBron James continues to say that his move to Los Angeles had everything to do with basketball, rather than his extracurricular activities off the court.

And whether that’s true or not, we do know that James has already appeared on a number of commercials, while also announcing that his production company will soon be filming a sequel to the hit movie Space Jam. Not only that, he’s also working on recording a rap album with hit rapper 2 Chainz.

Had to pleasure of working on my first music project from start to finish with my guy @2chainz “Rap or Go To The League” coming to y’all 3/1. Can’t wait for y’all to hear the continues evolution of his profound skills from his mind to the booth to the records itself. Proud of you homie and the people will be as well when this hits! 🙏🏾✊🏾💪🏾 #ARBron #RaporGoToTheLeague🤷🏾‍♂️

Apparently, the album is done, and it will already be dropping on March 1 — in the middle of the NBA season.

Still, it really feels like James’ mind has been elsewhere during a number of different occurrences since joining the Lakers.