You Don't Choose Your Hockey Heroes, They Choose You 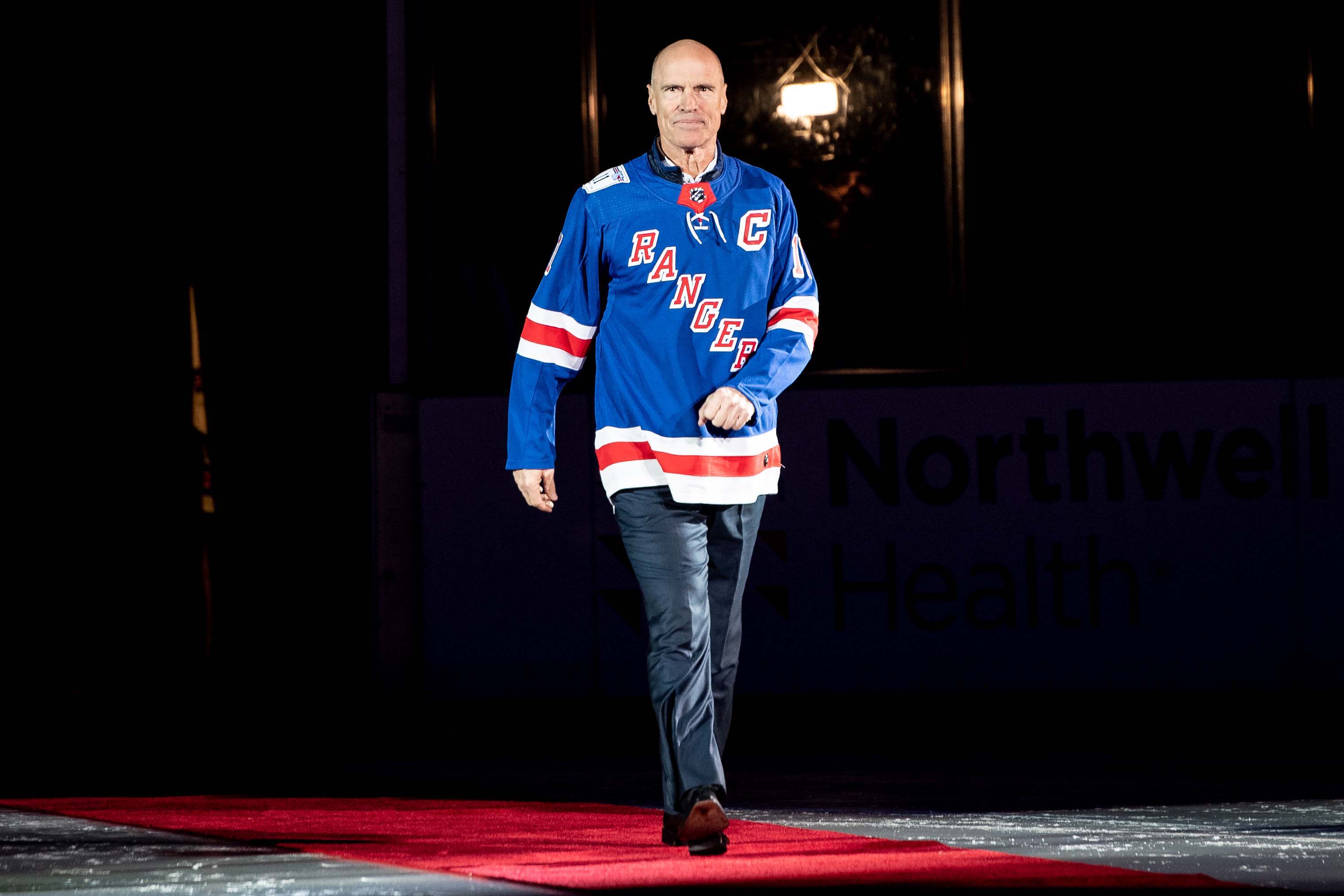 You Don't Choose Your Hockey Heroes, They Choose You

“We will win tonight,” New York Rangers forward and captain Mark Messier tells reporters with the Rangers down 3-2 in the best-of-seven series in 1994. His words are splashed on the front pages of newspapers all around the city.

With the Rangers down 2-0 late in the second period, Messier sets up Alex Kovalev before intermission to cut the Devils’ lead to 2-1. He ties the game early in the third period, puts New York ahead 3-2 with 7:48 remaining and caps his performance by shooting the puck the length of the ice into an empty net.

It was the moment that I fell in love with a hockey team. I was six years old.

Growing up in the five boroughs of New York City, you always had an array of teams to choose from, and who you chose to root for was a matter of friendship and family rivalries for years to come. Rangers or Islanders. Giants or Jets. Yankees or Mets. My parents were always Islanders fans. At six years old, I became a Rangers fan.

Mark Messier was my guy, my captain, my favorite player. On a team in 1994 Stanley Cup winning team that boasted greats like Brian Leetch, Mike Richter, Adam Graves, and Stephane Matteau, it was the Captain that became my favorite player. Sure, at six years old you don’t really understand what’s going on, and the rules are fuzzy but if your dad is yelling at the TV about a missed penalty so are you. But I remember that run to the Stanley Cup Final for the 1994 Rangers. It’s the reason I will never let go of the Blueshirts, even now, 25 years later, and in a different city 1,138 miles away.

It’s the reason I take so much stock in who are the captains of the team. Who is going to sit in front of a flock of reporters and declare “we are going to win,” then go out and make sure that his team does just that? It’s the stock taken in Alex Ovechkin’s “we not going to suck this year” and winning the Stanley Cup.

It’s a captain going out and doing what it takes to win. Scoring goals. Blocking shots. Holding his teammates accountable. Putting the team on his back kicking and screaming and dragging them through the sixty-minute game. Hard work. Dedication to the game, to the team, no matter what logo is on the front of their jersey.

It’s the stock taken in choosing a favorite player again.

There is a joke that you don’t get to choose your favorite player, they choose you. It can be some flashy dangle and snipe glove side on the top goalie. It can be that top goalie, sprawling out in the final seconds of the period to stop the puck and secure a win. It can be the power play quarterback or the penalty killing mad man.

We can tell ourselves not to get attached to these people, who we spend hockey season after hockey season watching rack up goals and assists, hits and fights, or padding their save percentage. Then the last twenty or so games comes along and your favorite team as you know it is turned upside down in the middle of the night. The veteran is shipped across the country for a newer younger model and some draft pick you haven’t heard of yet. The rookie center piling points in the American Hockey League is shipped to a divisional rival for a cup-seeking old guy on his last run. You wake up in the morning to realize that your favorite player has been traded to a team far away, and that you won’t see them play every night like you have the last however many years.

Immediately, we are weighing the pros and cons of it, either accepting that it was a business decision that was best for the overall team, or it was the worst decision the general manager ever made and we are calling for their job and cursing them to the high heavens.

But that was your favorite player. They didn’t take your feelings into consideration. And you’ll eventually tell yourself that this “new guy” isn’t that bad, that the GM knows what he’s doing more than you do, and you’ll find a new favorite player, even if you promise yourself ‘No More Favorites.’

NHL Trade Deadline is less than a week away. And someone’s favorite player is going to get traded. And some of the fan base will rejoice that the “dumpster fire has been put out” and others will be indifferent. But the person losing their favorite player will have lost a piece of themselves. The person who made them believe in the underdog story is gone. The person who got them hooked on a team that got them out a dark time in their lives is gone. The person who got them to connect with a family member or a best friend on a deeper level is gone.

There will never be another Mark Messier for me, but players will come close. They will put their body on the line, sacrifice it all to win, and drag their team kicking and screaming to a win on their backs. You’ll catch glimpses of your favorite player in new guys; a burst of speed, a slap shot set up, taking the right side on the power play, the behind the scenes uncensored speech in the locker room, the showing a small child how to hold a stick and shoot a puck in a game of street hockey…whatever it may be.

Your favorite player may not be on your team anymore, but you’ll never truly lose them.