Your Morning Dump... Where we have conflicting information on Anthony Davis' opinion of Boston 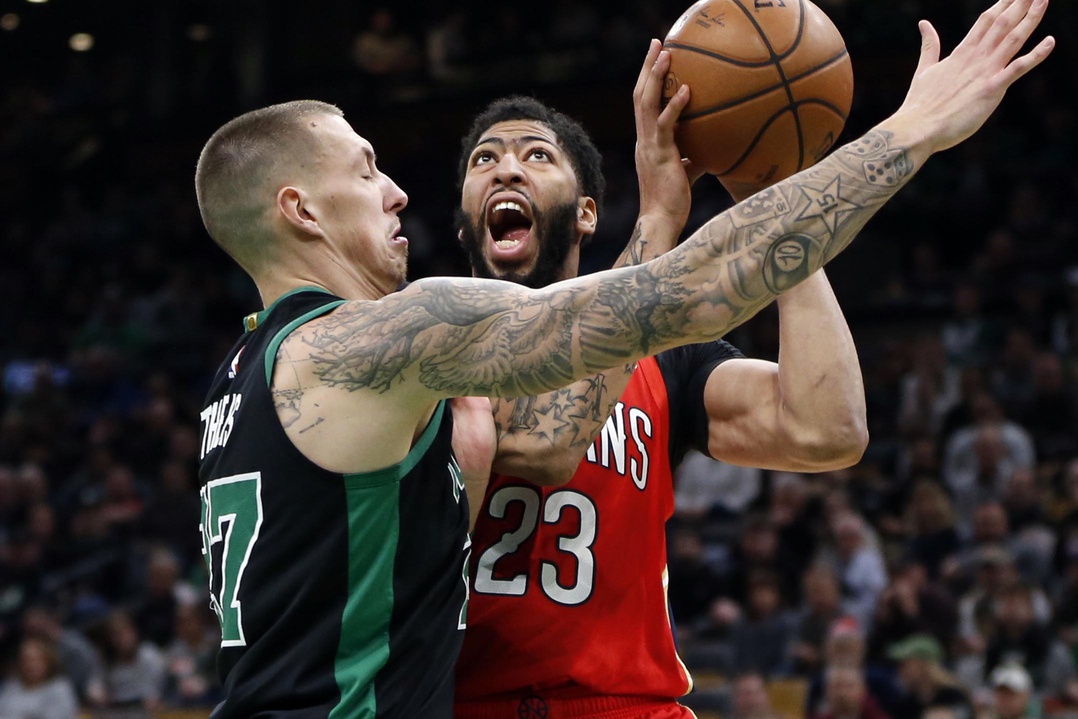 Your Morning Dump... Where we have conflicting information on Anthony Davis' opinion of Boston

During his All-Star game media availability on Saturday, New Orleans Pelicans star Anthony Davis gave a surprising answer when asked why he wouldn’t consider joining the Boston Celtics: He would.

In response to queries about the Celtics, Davis repeatedly stated he never said the Celtics weren’t on his list, later clarifying to NBA TV that all of the other 29 teams in the league would be in consideration.

On Monday, Shams Charania reported that Boston remains outside of Davis’ preferred destinations.

"The Celtics, I'm told, are still not a long-term destination for him in his mind." – @ShamsCharania has the latest on the Anthony Davis trade rumors. pic.twitter.com/w4RlwunHBL

The war on information has been by far the most fascinating sub-plot of this year’s trade deadline and All-Star break. It’s not the who and the potential where and why that grab my interest, but the methods of manipulating our perception of those things. We heard straight from Anthony Davis’ mouth that he’s open to playing anywhere in the league. We’ve also heard from voices that we trust (like Shams) that Davis has a short list of preferred destinations that doesn’t seem even remotely realistic.

We’ve entered the wild west of NBA (mis)information. There’s a reason Adrian Wojnarowski is referred to as the ’31st franchise’, and it’s that he has as much negotiating power through his voice (or more) than an NBA franchise. Whether our most trusted reporters ever have to admit to it or not, our basketball media diet has become increasingly saturated with artificial narratives and inorganic stories to influence players, fans, and other teams to push an agenda.

I know I’m beating a dead horse, but the context is relevant here – isn’t it a little too convenient that rumors about Kyrie’s commitment to Boston came up at the same time as Davis’ trade request? The Lakers didn’t (and still don’t) have the gas to get a deal done for Davis, so their power move was to muddy the waters of their greatest competition – Boston – to boost themselves. News flash: this doesn’t work. You need to push more buttons than that.

Here’s my idea: convince the Lakers that Davis is about to be traded to Portland. Who cares if it’s true. If we’re playing with smoke and mirrors, then float that idea out there. If the Lakers feel like Davis is slipping right through their fingertips, they might go all-in on a deal. Or not. But the “everybody else sucks” method ain’t cutting it. If there’s no competition in the Davis market because you told everybody he won’t re-sign there, how are you supposed to negotiate? There need to be competing offers, right?

Player empowerment is a good thing. Giving too much power to the agents, though, is playing with fire when those agents are also representing other players. I think the AD situation will serve as a cautionary tale to future players trying to take control of their career.

Not as many smoke and mirror to decipher with this one, although trudging through Kyrie’s classic word salads can be a chore. I haven’t been personally offended by anything Kyrie has said this season, and this interview is nothing new. Figuring out roles is hard, Brad Stevens limits players’ minutes in the regular season, nobody knows how Terry Rozier fits right now, and being a team leader isn’t rocket science. Be sure to add “go out and do it every single day” to the end of every sentence and you’ve got yourself an interview.

Boston Globe: So, where do the Celtics go from here?

Boston.com: The Celtics hope to rise to the top of the East in the season’s stretch run