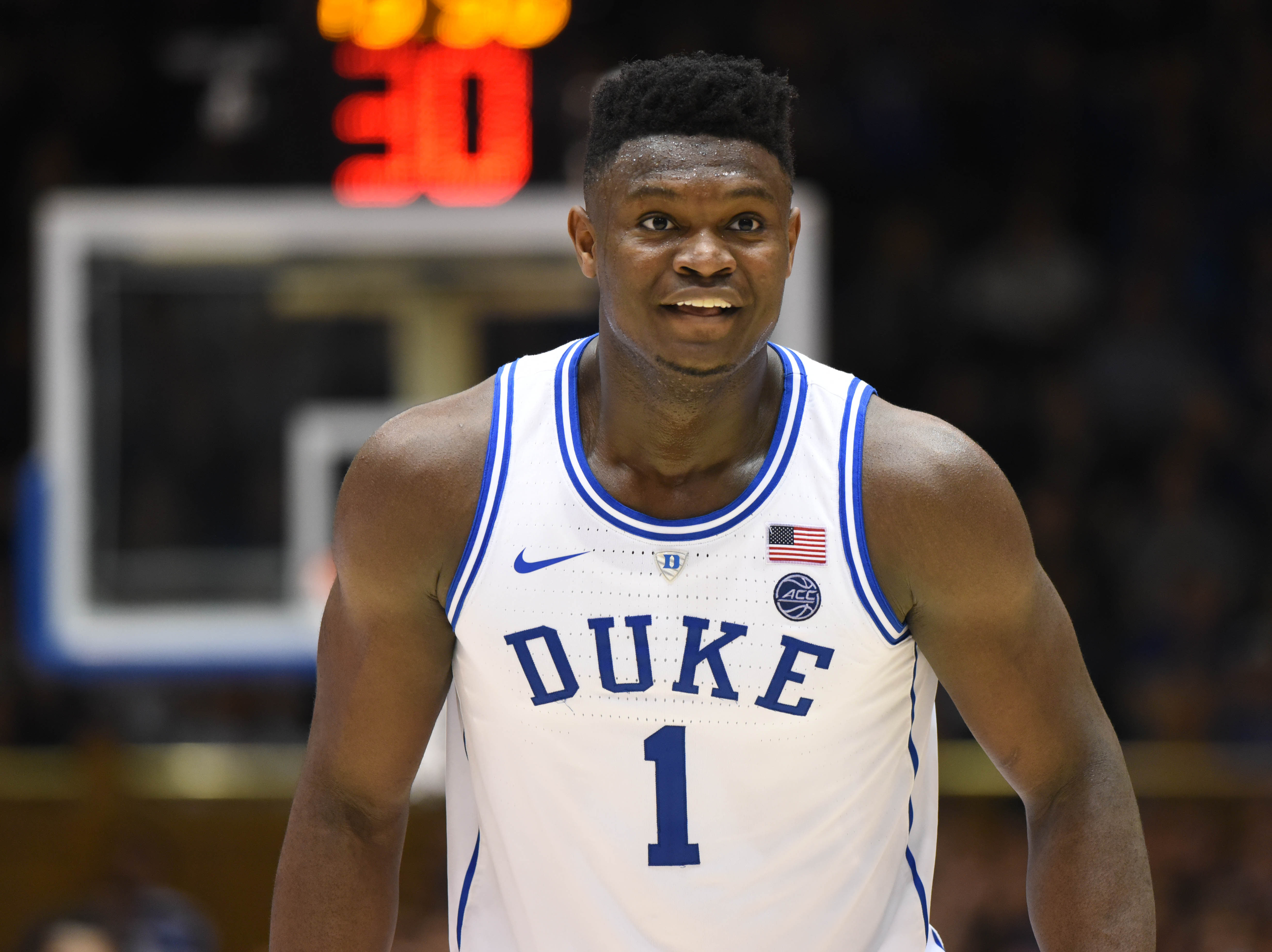 Duke star Zion Williamson has dominated his competition this year, and while he may not necessarily be the No. 1 pick in the 2019 draft, he’s clearly been the best player in college hoops this year. And he’s certainly the most entertaining.

Williamson is an athletic freak, as he can pull off feats and throw down ridiculous dunks that few guys his size can pull off. He’s 284 pounds, and it’s hard to think of anyone being powerful enough to even leap and dunk a basketball at that size.

Apparently, he wasn’t always that large, though. Williamson opened up about his weight gain in a GQ profile, and he admitted that he was actually 175 pounds in his freshman year of high school, then gained 100 more in only two years.

To his credit, he really doesn’t look like he’s 284 pounds, either. Looks more like 250. It’s crazy how much weight he gained as a teenager, though, as he must’ve eaten a ton.