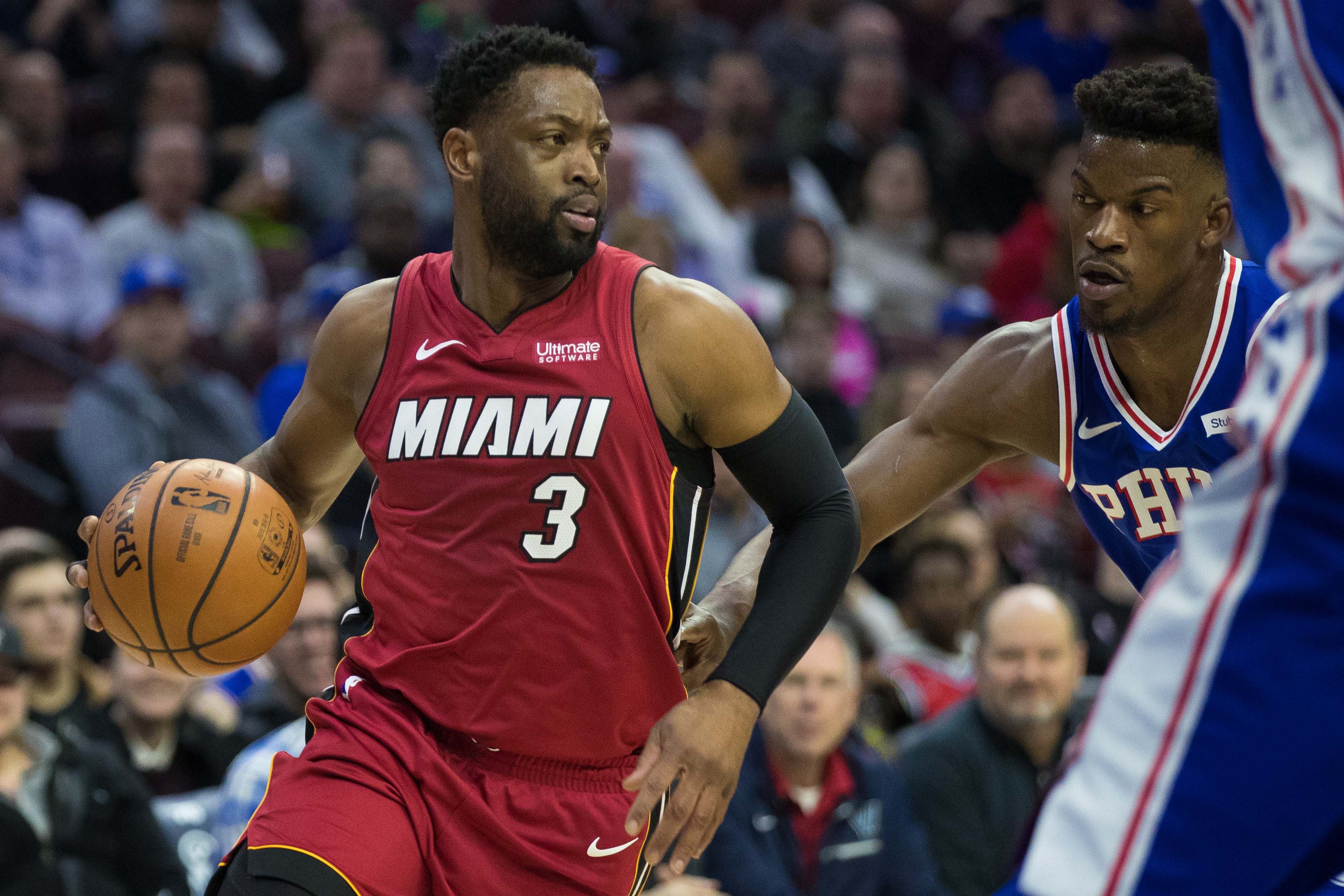 The boobirds of Philly weren’t out for Miami Heat’s Dwayne Wade on Thursday night.

The Philadelphia 76ers returned from their much-needed weekly break on Thursday to host the Miami Heat. Considering it will be the final game that the Heat play in Philly for the 2019 season, it was a bit of a special occasion. Not just because the Sixers were hosting their Australian Heritage night, but because the Heat have a future legend who is hanging it up after this year.

Miami Heat great Dwyane Wade has declared 2019 to be his ‘final dance’ in the NBA. As the 37-year-old superstar has clearly regressed over the past few years, he’s decided that he wants to go out on a good note. Wade and the Heat may not be the Eastern Conference powerhouse that they were early on in his career, but the longtime veteran is trying to do all that he can to make one final push into the NBA playoffs.

Making the playoffs would be a bonus for Wade. However, the love that he has received from around the league must’ve been everything that Wade’s wanted. It’s not typical for opposing fans to stand and cheer for the enemy, but Wade is the exception. The situation was surprisingly no different in Philly on Thursday as fans made tons of noise for the retiring veteran.

Cheers spread through the City of Brotherly Love

Known for the boo’s, snowball’s, and battery throwing, the fans of Philadelphia stood and cheered for Wade as he came onto the court for the first time, for the last time at the Wells Fargo Center. Although Wade hasn’t done anything for the Sixers in his career, the fans stood and cheered out of respect for the future Hall of Famer.

It doesn’t happen too often where Philly fans show love to an opposing athlete who didn’t play for the organization in previous years. So, Wade should feel pretty accomplished when it’s all said and done on Thursday night. Who will be the next player to garner love from Sixers fans when he’s on his final tour? LeBron James? I guess we have to wait a while and see.