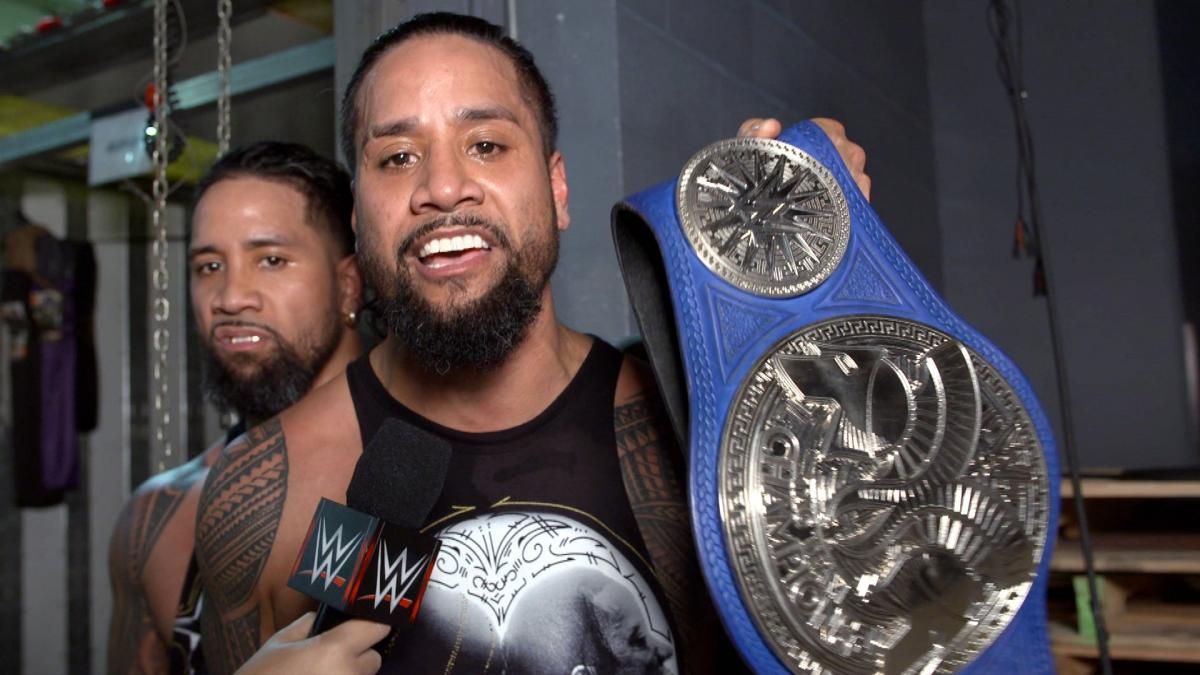 Just days before their scheduled match at Elimination Chamber for the SmackDown Live Tag Team Championships against Shane McMahon and The Miz, Jimmy Uso was arrested in Detroit, Michigan after a routine stop due to Naomi driving the wrong way down a one-way street turned into a noticeable stench of alcohol and charges of obstruction and disorderly conduct.

Although this was very bad timing from a PR standpoint, WWE still gave the go-ahead for them to win the tag team titles at Elimination Chamber, commencing their sixth reign as champs. The following Tuesday on SmackDown Live, The Usos were involved in a segment where a rematch was ordered from Shane McMahon at the upcoming Fastlane pay-per-view due to Jimmy and Jey belittling The Miz. 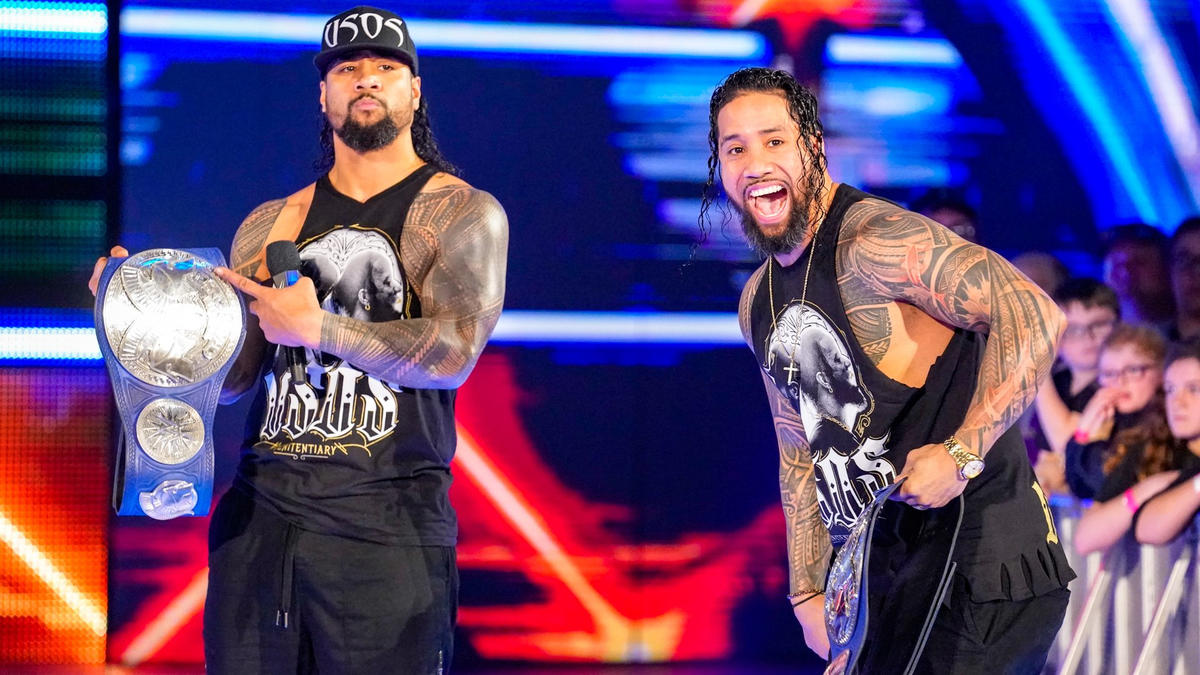 The Usos mock The Miz on SmackDown Live [Photo: WWE]

Dave Meltzer recently explained in the recent issue of the Wrestling Observer Newsletter of why The Usos still won the tag team titles despite Jimmy getting arrested and jailed just days before Elimination Chamber.

“With his getting the tag team titles days later, this didn’t affect his WWE status and with the threat of the Usos going to AEW given the April contract expiration, where there are obvious programs they’d thrive in, WWE is looking at keeping them happy.” 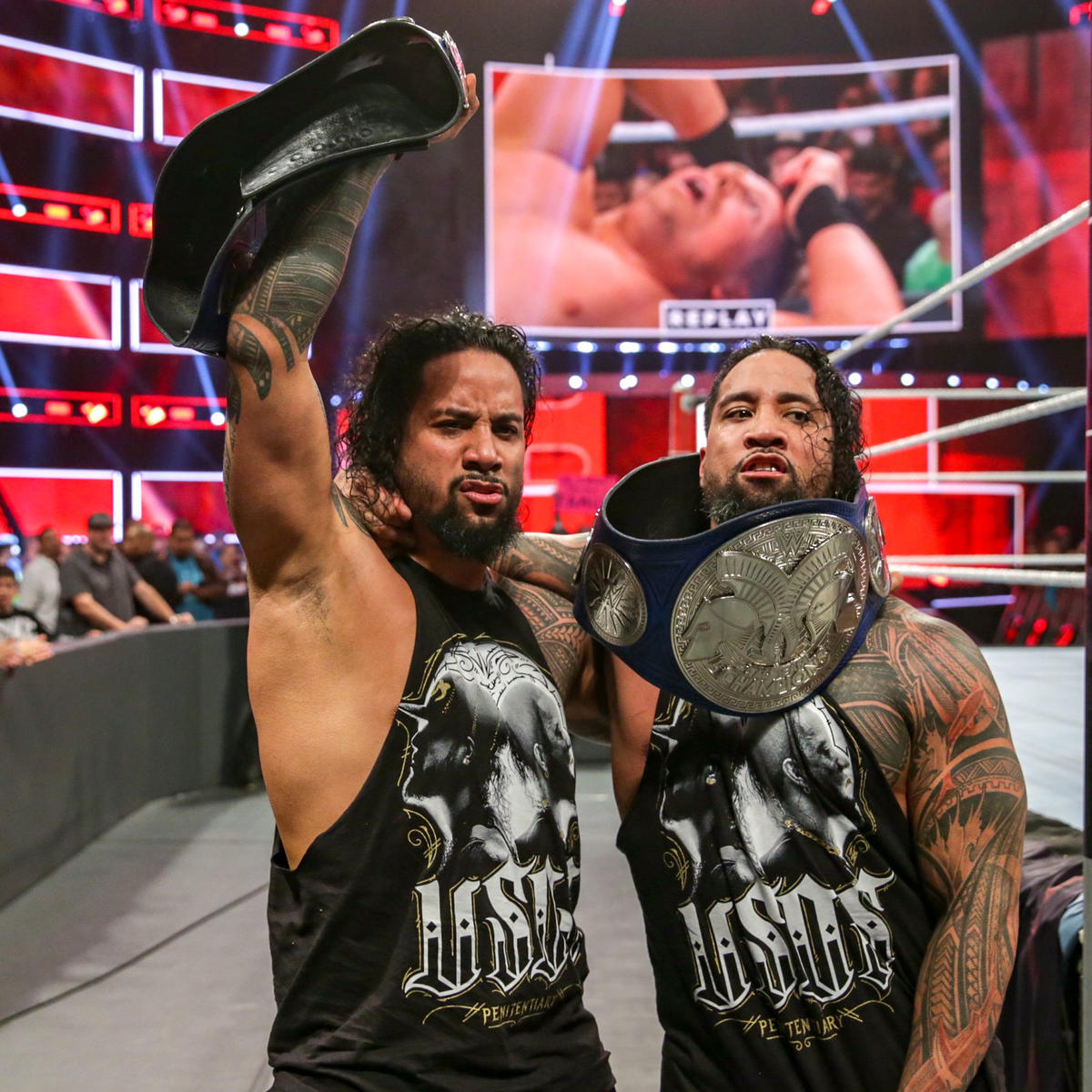 In January of last year, Jimmy’s brother Jey was arrested for driving while intoxicated following a WWE live event in Hidalgo, Texas. Despite this, their title status did not immediately change, as they were able to retain the titles for nearly three more months before losing them at WrestleMania 34 against The Bludgeon Brothers in a triple threat match which also included The New Day.

With the threat of All Elite Wrestling snatching WWE talent to defect to their promotion, it is clear that WWE is feeling the pressure to make the current talent feel happier to work for the company. As similarly seen by The Revival winning the Raw Tag Team Championships after rumors of them wanting to leave the company, the recent tag title changes on both Raw and SmackDown Live looks to be a “make-good” gesture from the WWE executive team.