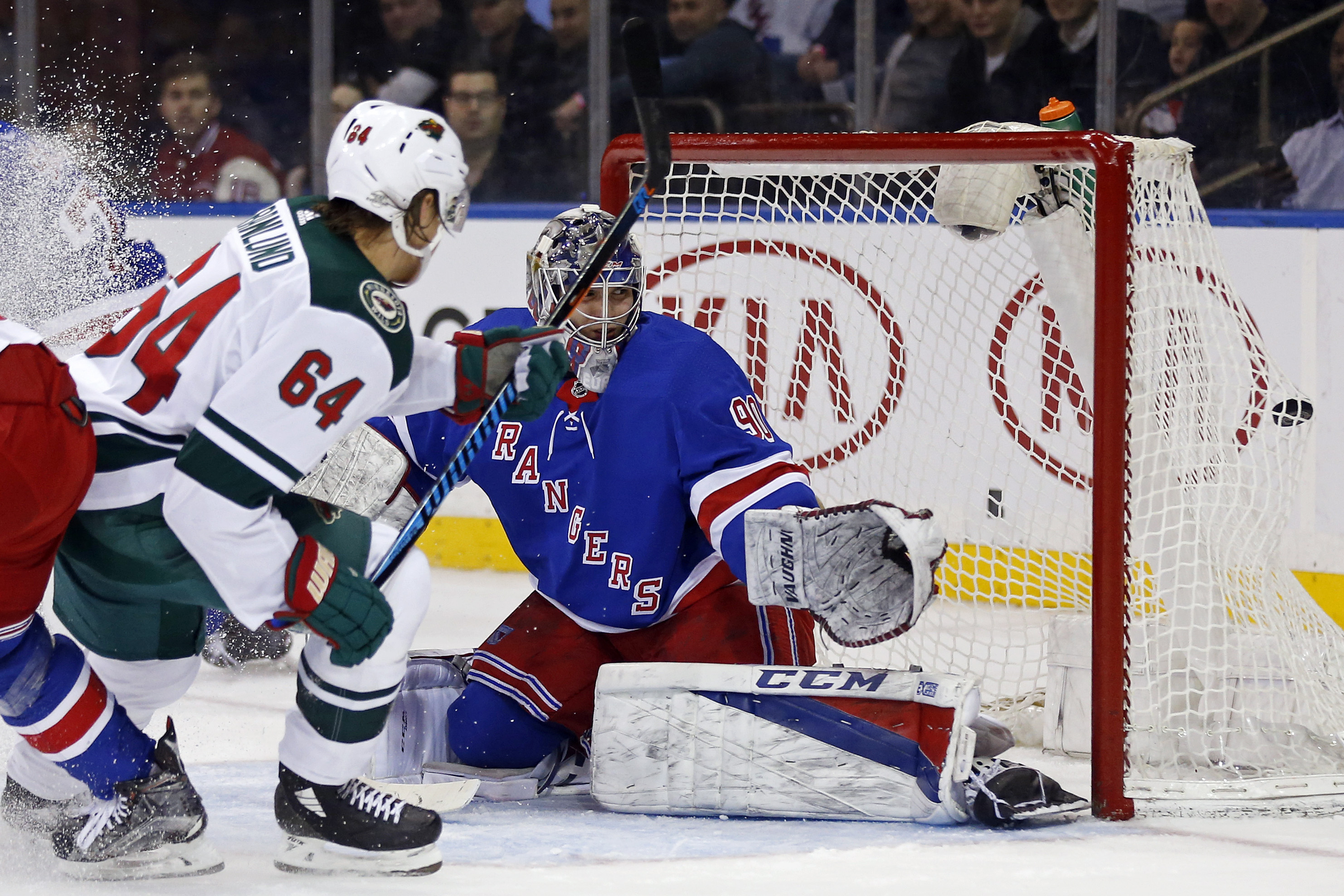 Well I imagine by the time you’re reading this, you’ve read up on the Charlie Coyle-Ryan Donato trade between Minnesota and Boston. I’m just glad that we have another distraction for what this season has devolved into. After the 4-0 loss to Anaheim on Tuesday, Twitter felt like a post-apocalyptic wasteland. The calls into Wild Fanline on KFAN after the game were a hoot and a half. What’s interesting, is that you see an interesting mix of comments and responses. You still have those few rose-tinted glasses types out there for saying “you should never boo your team.” I personally have no patience for those types. They probably believe in participation ribbons as well. Then you have the segment of fans who have finally had the blinders ripped off and are seeing what many of us have been seeing for several seasons, and then act like they’re the first ones to notice it. Okay, whatever. Then there are the rest of us. We saw this coming, but we were a bit annoyed that it’s taken this much time for new General Manger Paul Fenton for taking as much time as he did to make moves. Hopefully this move is better than his sending Nate Prosser to Iowa. However, I do have to mention that as I’m writing this (it’s Wednesday night), the trade isn’t 100% official because the Bruins are playing and have their full roster complement so no room for Coyle on the roster.

Like I said, I’m glad this happened. First off, it needed to happen. Coyle has had his issues for longer than just this season. We never really saw him use his size in front of the net like we needed him to. Hopefully Jordan Greenway doesn’t go down the same road and shy away from the physical play. Lord knows we can’t afford for that to happen. But yes, this gave all of us something more to discuss. If it hadn’t happened, we would be stuck here replaying Tuesday night’s attempt at playing hockey. The entire team kept to the periphery, getting absolutely nothing accomplished. The sad thing was, for the first time in a long time, Minnesota got significant time on the power play. But of course we all know how that turned out. I don’t know about you, but I sure as hell didn’t want to re-live that game. Heck, I barely even watched it, it was that bad.

So here’s what the trade distracted me from. Just after noon on Tuesday, I got a truly ridiculous notification on my phone from the NHL and Minnesota Wild. I hope you’re sitting down, because here’s the text from that notification:

Now let me just say this. Spurgeon is one of the few Wild players not currently on my shit-list. He quietly does his job and does the best as he possibly can given the situation. The issue that I do take with this notification, is that it proves that the Wild and their marketing and/or social media teams are extremely tone deaf. I’m sorry, but no one on this team should be teaching anyone about the finer points of the game, when they can’t even handle the basics of the game. Why anyone in management thought that we the fans deserved that kind of fluff piece after yet another embarrassing game is mind-boggling. To a degree, it shows a lack of respect for the intelligence of their fans. But then, they’re catering to the fans who think this team should never be booed for yet another horrendous performance.

So here we are again, facing another team that should be beatable. The New York Rangers are sitting at sixty points just like the Wild. However, the Rangers are much lower in the Eastern Conference standings compared to where the Wild are sitting in the Western Conference. How the Wild have managed to grasp on to the second wild card spot for as long as they have, I have no idea. Thankfully that will come to end. Again, as I’m writing this on Wednesday night, the Chicago Blackhawks (who are in a 4-way tie with Colorado, Arizona, and Vancouver all with 59 points) are currently beating the Detroit Red Wings. Colorado is also playing Winnipeg. Most likely it will be Chicago that overtakes Minnesota and will finally put us out of our misery. I never thought I would appreciate Chicago’s ability to win.

One thing about the Rangers, is that they’ve taken steps that Fenton needs to seriously consider taking as well. The Rangers for the most part is made up of players under the age of 30. Of the old guard on their roster, goaltender Henrik Lundqvist is about the only one. But much like Devan Dubnyk, his glory years are behind him. Looking at Lundqvist’s stats, he is clearly not the Lundqvist of season’s past. Of course that’s par for the course when it comes to goaltenders getting older. The Rangers have depended on Lundqvist, the Wild have depended on Dubnyk. The big question is do either team have a legitimate replacement. The Rangers are essentially ahead in the rebuilding game compared to Minnesota. So far the Wild have only sold off a few pieces and there are more to go. Minnesota needs to go younger and faster. It’s still early to see if the Rangers have chosen wisely in who they’ve let go and who they’ve replaced those pieces with. But at least they’ve tried where the Wild have pretty much gone with the status quo in recent seasons.

So Charlie, I’m curious if you’ll truly find your game now that you’re back home playing the role of hometown boy. I hope you realize that the Bruins and their fans aren’t going to be as nice and as patient as Wild fans have been. You’ve had it easy in Minnesota. If you don’t step up, you’ll find your playing time reduced more and more until you’re reassigned to Providence, traded again, playing in Europe, or retired.