Li-Jen Chu Has Opportunity to Gain Momentum this Spring 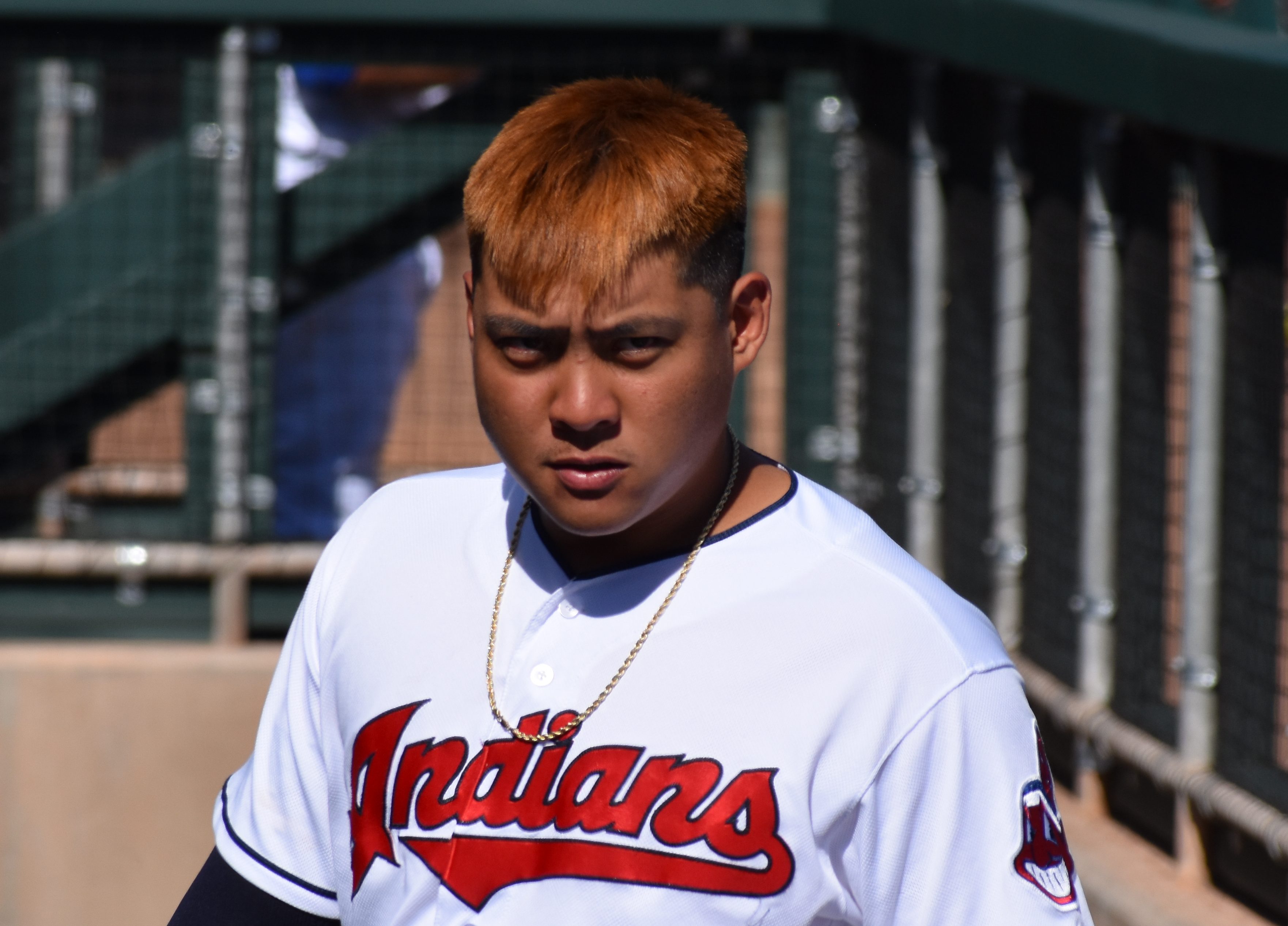 Li-Jen Chu Has Opportunity to Gain Momentum this Spring

Every year every team brings in a bunch of catchers for spring training for a few reasons. A lot of pitchers need to be worked out simultaneously and, since it is a high stress position, catchers are at great risk of injury so are generally given less playing time during games than their position player counterparts. In previous seasons for the Indians this has meant bringing in AAAA veterans like Eric Kratz and Adam Moore, but this year the Indians have just four catchers in MLB camp. Three of these, Eric Haase, Roberto Perez and Kevin Plawecki are in the running for spots on the MLB roster. The other is Li-Jen Chu.

While Chu has been with the Indians since he signed as an international free agent out of Taiwan in 2012, he has generally been a very under the radar player. He didn’t make his pro debut until 2014 when he was 20, then missed significant time early on due to Tommy John surgery. It wasn’t until 2017 that he played a full season (all in Lake County) and, while it was a good year from a statistical standpoint, he didn’t really stand out.

Chu ropes a double for the Glendale Desert Dogs during the 2018 AFL season. – Joseph Coblitz, BurningRiverBaseball

Starting with the Hillcats for his first season beyond A ball, Chu slugged .434 with 20 doubles and eight home runs in 81 games before a mid-season promotion to Akron. While his numbers dipped slightly in AA, he added another two home runs in 16 games before a final promotion to Columbus to finish the season. Despite playing in 99 games, Chu then headed to Glendale to participate in the Arizona Fall League where he was the back-up catcher on the Desert Dogs. There, he hit another five doubles in 13 games while playing solid defense.

Following this appearance, Chu was named to the short list of Indians prospects who are not currently on the 40 man roster, but were invited to MLB spring training. While this is likely to be a short stay, it gives him an opportunity to showcase his abilities in front of management, something that has gone a long way for prospects in the past.

With only four catchers in MLB camp, Chu will likely get a lot of playing time early on and should get the opportunity to catch some of the best pitchers in baseball. This experience could prove invaluable as it was largely the game calling ability of Francisco Mejia that lead him to be ignored and ultimately traded.

Once he is inevitably cut from MLB camp, Chu should head to AAA Columbus, where he ended last season. Based off the 2018 rosters, he would be the only returning catcher while five catchers ended the year in Akron. Most likely, Haase will also rejoin the Clippers as the starter with Chu playing the reserve role. Here, significant patience will be required as Perez is likely to get a long leash due to his contractual status (this was the primary reason cited last season when Mejia was not promoted). However, with fragility inherent in the position, there is a good chance that Haase will not be in Columbus all year. After Haase, Chu would be the next man up.

Chu steps into his throw to second base during the 2018 AFL season with the Glendale Desert Dogs. – Joseph Coblitz, BurningRiverBaseball

While he is close to reaching the Major Leagues, it’s important not to get too hyped up about Chu. Over his MiLB career, he has not been the hitter that Haase has and I would expect similar results to what Perez has produced in the last few years. This places him solidly in the MLB back-up catcher position, but it is hard to imagine him breaking through and becoming a starter.

Of course, there is still great value in having a good back-up catcher, particularly one who is a solid defender and has some power, and Chu could end up having a long career in this role, either with the Indians or another team. In any event, I expect Chu to be added to the 40 man roster by the end of the year and to be considered an extreme back-up for the big league squad immediately. If he really catches Terry Francona‘s liking this spring, he could even be traded to the National League west like the Indians last two impressive catching prospects were.