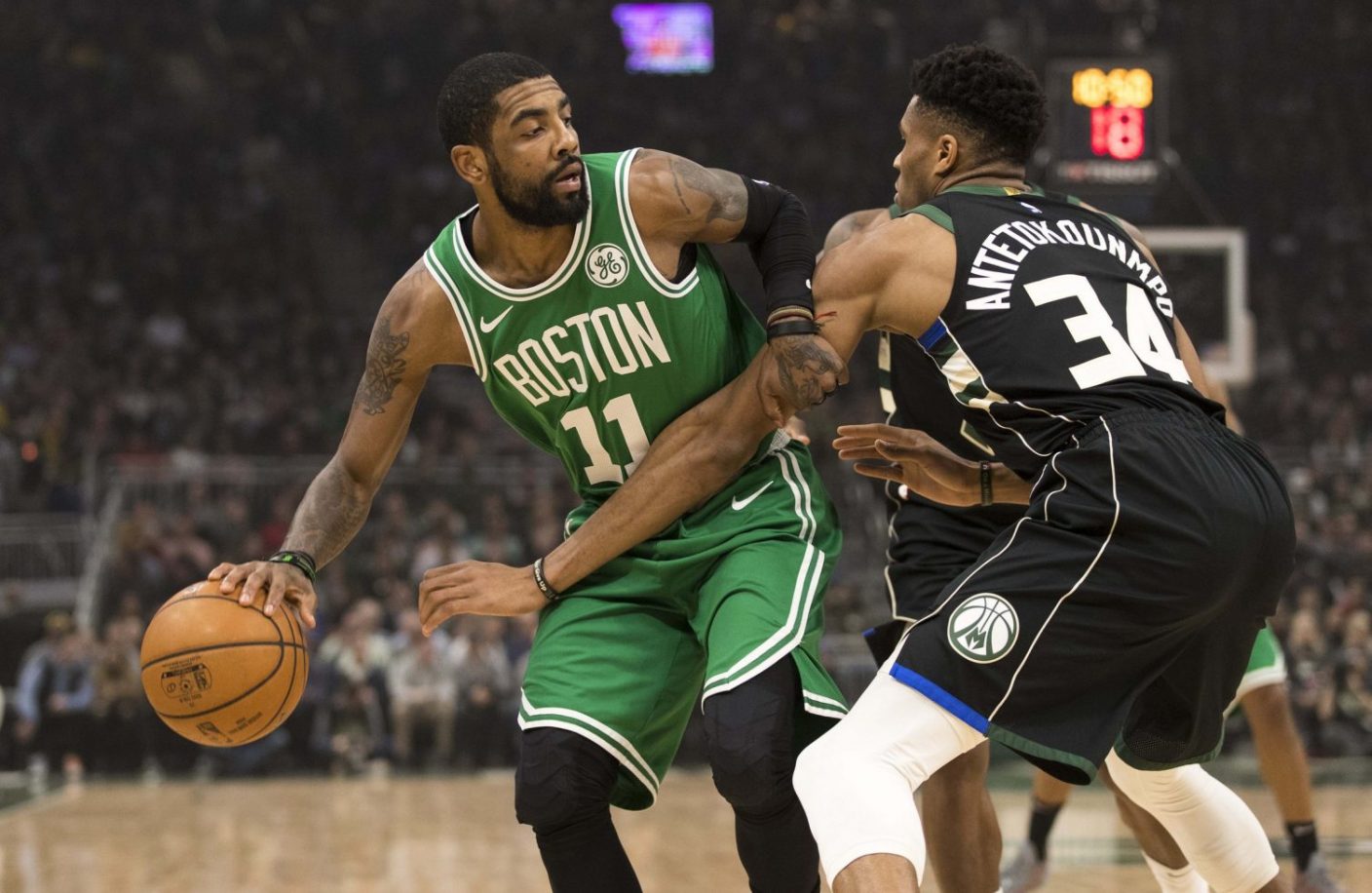 IN A NUTSHELL
Real basketball is back! While I appreciated catching up on some movies (the Suspiria remake is amazing, y’all; also, you probably should not watch Lars Von Trier’s serial-killer flick The House That Jack Built, but I can’t exactly say it’s decidedly bad, either), it’s good to be back in the groove with the Boston Celtics. And what better way to restart the season than a matchup against the Eastern Conference-leading Milwaukee Bucks?

This was a tough, closely contested and grindy-ass game, defined as much by the rust on most of the players as it was by its assortment of highlights. It went down to the wire and easily could have gone either way, but the Bucks held on in the midst of a fourth-quarter Celtics rally and beat the Cs 98-97.

WHAT WENT RIGHT
The Cs started the game off hot, firing away furiously from deep (if not exactly in the most efficient manner). Also, the squad’s ball movement was in peak form and often managed to confound Bucks defenders in the first half, even when shots didn’t fall as often as the team hoped and Kyrie’s shooting was off (really off; he went a gory 1-10 from the field in the first two frames).

Boston also managed to remain close with Milwaukee even when they were behind and the Bucks appeared ready to close the contest out, due to strong defensive pressure. But most importantly, Horford had one of his best games as a Celtic and served as the team’s engine no matter what the rest of the team was doing (or not doing), ending the night with a line of 21-17-5-2-3 with no turnovers and a +12. Jaylen Brown, despite his unfavorable plus-minus, also played a strong sixth-man game, and Marcus Smart made a defensive move down the stretch (shocking, I know) that practically won the game for our heroes.

WHAT WENT WRONG
Milwaukee holds first place in the East for a reason, as their quick comeback against the Cs after the first-quarter barrage showed. The Bucks are one of the league’s best three-point shooting squads, which is a big part of why they’re better this year—they aren’t offensively neutered whenever Giannis Antetokounmpo leaves the floor. And despite Kyrie stepping up in the clutch and almost stealing the game back for Boston, his difficulties earlier in the game made the team’s climb in the second half that much more difficult (and ultimately insurmountable).

Their long-range accuracy kept them ahead in various instances and ultimately ended up being a major deciding factor in the game. The rawness of the Celtics after the All-Star layover certainly didn’t help things, but Milwaukee’s careful, deliberate shooting in spite of their own rust swung momentum decidedly in their direction.

WHAT THE HELL
As for the final shot, it’s easy to armchair-quarterback what should or shouldn’t have been done, but I’m not really sure anything that was or wasn’t done on this play would’ve decidedly affected the final result. More often than not, that shot goes in, and Kyrie wasn’t wrong to take it. (That said, Mook Morris’s frustration at the end about being fouled and not called for it on the inbounds play; it just isn’t clear-cut enough for an official to review in their minds, particularly given the NBA refs’ recent public and belligerent defense of their own initial calls.)

Kyrie Irving misses the final shot in the Celtics 98-97 loss to the Bucks (@AAANe_MAnews) #AAANortheast pic.twitter.com/W3UytRB2qb

One of Jaylen’s several exemplary dunks:

Horford with the BRUTAL rejection of Malcolm Brogdon: