Boban Marjanovic finally gets to ring the Sixers' bell 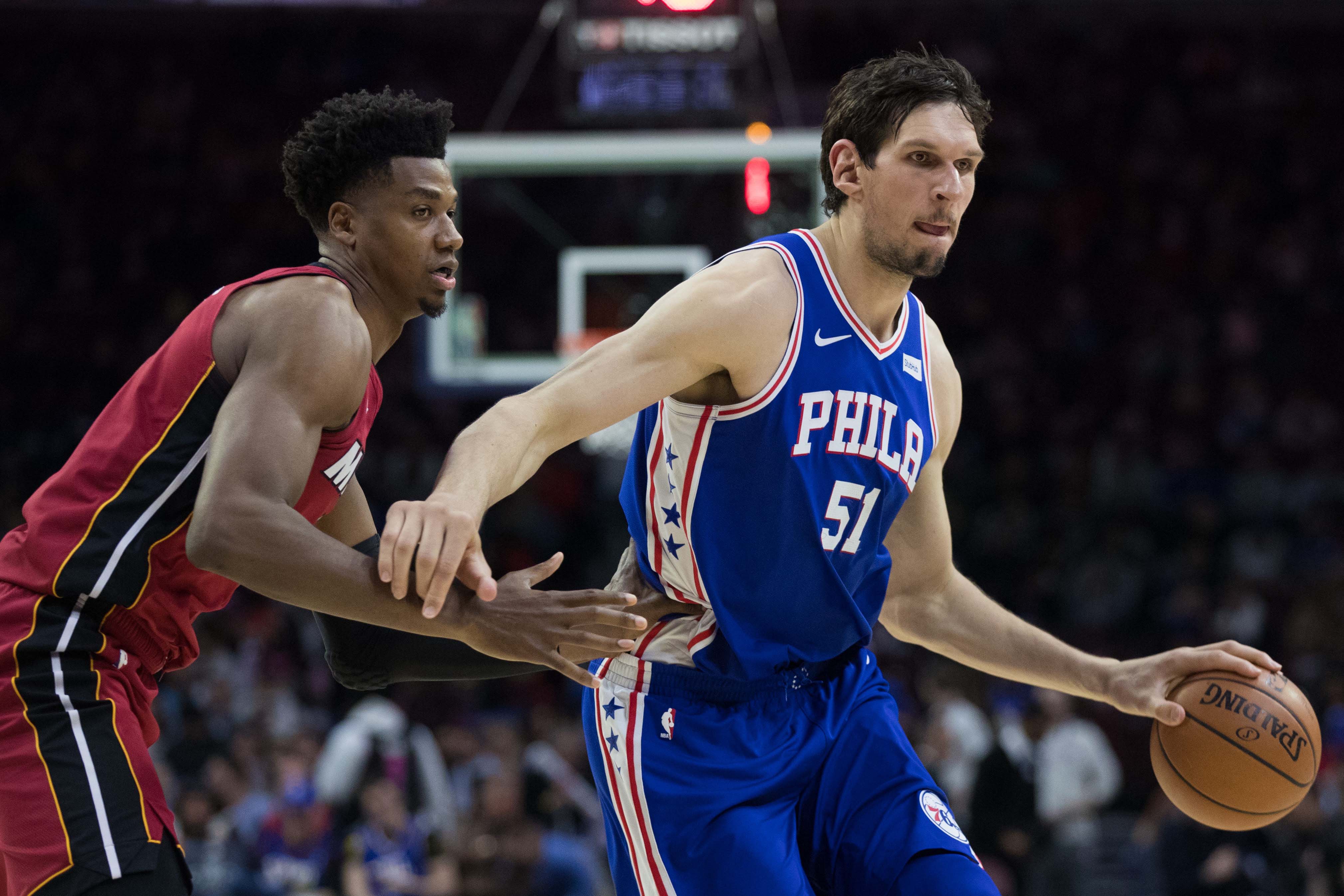 Boban Marjanovic finally gets to ring the Sixers' bell

Sixers’ newest center acquisition Boban Marjanovic got to ring the bell for the first time on Thursday night!

Well, that didn’t take long! Ever since the Philadelphia 76ers made a trade a couple of weeks back to acquire Tobias Harris and Boban Marjanovic, they’ve already received some stellar performances from both guys. Harris was expected to create an instant impact on the court. Marjanovic, on the other hand, would’ve been cut some slack since he’s a bench player.

Unlike Harris, Marjanovic didn’t precisely impress anybody right off the bat. I mean, sure the Sixers fans loved him immediately for reasons other than his basketball skills, but he didn’t really create an instant impact. However, Boban was tested this past Thursday and passed it with flying colors.

Just on Wednesday, Sixers’ head coach Brett Brown announced that their All-Star center Joel Embiid will take a week off due to knee soreness. With that, Marjanovic became the starting center for the Sixers against the Miami Heat and beyond. With expectations kept in reality, nobody expected a monster game from the one they call ‘Bobi.’ Marjanovic had other plans though.

The Sixers have a traditional celebration after every win. Coach Brown decides on his team ‘MVP’ after each victory and urges them to ring what looks like a mini replica of the Liberty Bell. So after the close win against the Heat, it was pretty clear that Marjanovic was going to get to do the honors for the first time since being traded to Philly.

In 27 minutes of gameplay, Marjanovic finished by going 6-for-7 from the field, totaling for 19 points. He also had 12 rebounds and a block to add to his first start with the Sixers. Considering that this next week or so will be a test to Boban’s ability to play a nice chunk of minutes for Brown to analyze, he’s off to a fantastic start. Now, imagine this kind of production coming off of the bench when Embiid is resting up. Scary thoughts for the Sixers’ opposition, huh?